Jennifer Hollett was a candidate for Toronto city councillor in the 47-ward race. She is the previous head of news and government for Twitter Canada.

I was 13 years old and determined to get kissed – by a killer whale. Growing up in St. Catharines, Ont., nearby Marineland was a regular summer outing. The theme park’s jingle, “Everyone loves Marineland …” was as familiar as a pop song, and inflatable whales with the Marineland logo were found in most backyard pools.

As Bill S-203, Ending the Captivity of Whales and Dolphins Act, soon approaches second reading in Parliament, I’ve been reflecting on these childhood memories. As a kid who loved animals, I was thrilled at the idea of getting up close and personal with a killer whale like in the TV commercial. So one summer at Marineland when the announcer asked for a volunteer from the crowd, I knew what to do. Wearing a bright, neon shirt, I stood up and waved my arms furiously. That did it. I was easy to spot – “Come on up!”

Before I knew it, I was instructed to pull back my hair and lean in toward the tank for a kiss.

As I got into my teens, my keen interest in animals led me to learning more about humanity’s exploitation of them. In the early nineties, after discovering a pamphlet on animal testing for beauty products, I began digging deeper, learning how animals are abused for a wide range of things in my day-to-day life, including cosmetics, food and entertainment.

I had to ask myself some hard questions: If I really loved animals, how could I support animal experiments, factory farming and captivity? So I started buying cruelty-free products. While working part-time as a cashier at Arby’s, I stopped eating meat. And I joined a local organization, Niagara Action for Animals, and helped organize its annual summer anti-Marineland demonstration.

My best friend Melissa and I would call through a list of supporters and tell them about the protest. It was, and still is, an annual summer event. We would show up on the road outside of Marineland, holding signs that read: “Everyone loves Marineland, except the animals.” “Free Willy.” And of course, “Save the whales.” Most people would walk by and pretend we weren’t there. Some would drive by and yell “get a job.” I remember only one family coming over to our group of 20 protesters to say they considered what we had to say, had a family meeting, and would not be going into Marineland that day.

I understand the appeal of marine parks. Animals are majestic. We learn about them in children’s books and nursery rhymes, so there is a desire to see them up close out of awe and curiosity. But we’re not actually learning the facts and science about wild animals in marine parks. A flopped dorsal fin on orcas is the norm in captivity, but extremely rare in the wild (usually because of injury or environmental contamination). In the ocean, orcas can swim up to 160 kilometres a day. Compare that to the distance an orca can swim in a tank.

And how did these marine animals get to Niagara? Definitely not over Niagara Falls. I would love to see a children’s book or display at Marineland that documents the capture and transport of these creatures that are as long as 10 metres, weighing up to six tonnes.

The sole remaining orca at Marineland, Kiska, was captured in Iceland when she was three years old in 1979. Now at 42, and weighing 2,950 kilograms, she has watched all five of her calves die at at a young age.

In 2010 in Orlando, SeaWorld trainer Dawn Brancheau was killed by an orca named Tilikum. Two trainers report she was grabbed by the whale after her ponytail swung in front of Tilikum. The whale grabbed her by her hair and pulled her underwater, then held her there.

When I heard the news, I couldn’t help but think of being asked to pull my hair back as I leaned in for a killer whale kiss.

And how no human should be interacting with killer whales for applause. Public sentiment is changing. Listening to callers on a radio show after the Senate passed a bill that would ban captivity of whales and dolphins, I was moved.

One caller summed it up so clearly: “Wild animals belong in the wild.” I’ve also witnessed the rising popularity of Niagara entertainment alternatives to Marineland, such as the water slides of Great Wolf Lodge. Air Canada and WestJet have recently removed SeaWorld from their U.S. vacation packages, which aligns with the federal bill making its way through the House of Commons.

If all of this is really for the kids, what a great opportunity to have a conversation with them on how members of Parliament are asking the question – where do whales and dolphins truly belong? 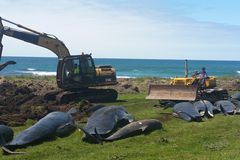 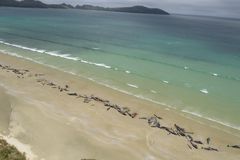