James Trottier is a fellow of the Canadian Global Affairs Institute and a former career Canadian diplomat who directed the political/economic programs at the Canadian Embassies in South Korea, Thailand and the Philippines.

The atmosphere was relaxed and friendly. North Korea’s Kim Jong-un hoped to begin to ease sanctions, enhance the legitimacy of his regime, move toward a peace treaty and persuade South Korea to re-engage with North Korea. South Korea’s Moon Jae-in looked to move beyond the threat of a conflict, get a commitment from Mr. Kim regarding denuclearization and improve relations between the two Koreas.

Most importantly, this meeting was to lay the groundwork for the planned summit between Kim Jong-un and U.S. President Donald Trump with Moon Jae-in playing an intermediary role. Mr. Moon endeavoured to get Mr. Kim to be as forthcoming as possible regarding denuclearization in order to ensure that Mr. Trump would actually go through with the summit.

The U.S. President’s agreement to meet has already enhanced Mr. Kim’s legitimacy and status. Such a meeting has been a longstanding North Korean goal. So Mr. Kim could be expected to make an effort to ensure Mr. Trump’s continued willingness to meet.

The summit’s language on denuclearization is lofty but light on specifics. A nuclear-free peninsula is set out as a common goal but there is no timetable or firm commitment. This statement of good intentions reflects a balance between what Mr. Moon pushed for and what Mr. Kim was willing to give. Denuclearization was also at the end of a list of commitments suggesting a grudging acceptance of even this goal by Mr. Kim.

By contrast, the agreement to pursue talks in 2018 with the U.S. and China in order to reach an official end to the Korean War was quite specific, as were other commitments.

The denuclearization language in Friday’s summit reflects the fact that Mr. Kim will not agree to unilateral denuclearization and that he sees himself coming to the table heading a de facto nuclear state. Achieving that capacity has given him the confidence to suspend his nuclear and long-range missile tests. That same confidence may allow him to put some, but not all, of his nuclear weapons on the table.

What is unclear is what Mr. Kim would want in return for even partial denuclearization apart from the easing of sanctions. In the past, North Korea has sought security guarantees including removal of U.S. troops from South Korea and an end to military exercises.

South Korea supports a phased process of “action for action” with North Korea receiving some easing of sanctions for each step it takes toward going nuclear-free. The concern is that North Korea may try to extend such a process indefinitely, gaining sanctions relief while retaining its nuclear capacity by undertaking symbolic but limited measures. For this reason, South Korea wants to build a two-year time frame into the process. The joint declaration signed by the leaders of the two Koreas contains no such process or time frame.

Mr. Moon will have spoken to Mr. Trump shortly after this summit and will be visiting Washington soon to try to influence him and counter the hardline position some Trump advisers will be pushing.

Mr. Moon will seek to persuade Mr. Trump that what has been achieved so far makes the Trump-Kim Summit worthwhile. He may have a willing audience as Mr. Trump on Friday expressed his support for the outcome of the Kim-Moon meeting.

An incentive for Mr. Trump will be the lure of being the President who achieved a peace treaty ending the Korean War, an achievement that eluded his predecessors. The pursuit of a treaty is a common goal of North and South Korea and one that has been endorsed by Trump whose aides have reportedly said that he is quite taken by this notion; on Friday he tweeted in caps: “Korean War to end.” Another incentive will be that Mr. Trump could claim that he reached a better agreement than his predecessors on denuclearization even if such an agreement would be incomplete and the claim questionable. A sweetener for Mr. Trump would be release of three U.S. prisoners in North Korea and a resumption of the search for the remains of 8,000 U.S. servicemen from the Korean War.

How much less than complete denuclearization would Mr. Trump accept and how much, if any, of his nuclear capacity would Mr. Kim be willing to give up beyond the freezing of nuclear and long-range missile tests that he has already accepted? The answer will determine whether the Trump/Kim summit leads to progress or impasse and a renewal of hostile exchanges. The outcome will ultimately depend on the willingness of each side to accept less than its ideal result.

The common goal of the peace treaty may ease the process. The downside is that the two sides may focus on that while getting bogged down on denuclearization talks.

President Moon will try to persuade both parties that compromise will move each toward their contradictory goals. In doing so, he may be considered to be demonstrating either wishful thinking about Mr. Kim’s readiness to denuclearize or displaying a discerning eye and a shrewd assessment of what is possible and necessary to keep South Korea from harm and the peninsula at peace. 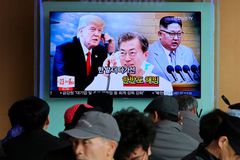 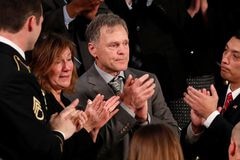 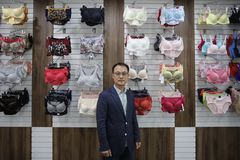