A fire on a Russian deep-sea submarine claimed 14 lives on Monday. The accident attracted global attention because it occurred in the Barents Sea, not far from the boundary between Russia and Norway – and also because many of those who died were higher-ranking members of Russia’s military.

It’s yet more tinder for the security dilemma that is building between Russia and the NATO countries – and it’s unclear how much more fuel the incipient Arctic fire can take.

A security dilemma, an international-relations term of art, occurs when a perceived military buildup by one country leads to a responsive buildup by another, often spiralling into an arms race, as each side seeks to protect itself from an uncertain risk. This escalation can happen even if the initial suspected buildup didn’t actually take place.

In the case of the Russian Arctic, an external factor is contributing to the security dilemma: Climate change is melting the Arctic sea ice and, as the ice recedes, the remaining ice is being carried away from the Russian coast by prevailing winds and currents. This has created opportunities for resource development and shipping, and with that, a need for more search-and-rescue and patrol capabilities.

However, the receding sea ice is also creating a much more significant security risk – or so Russian experts keep telling me.

They worry that U.S. missile-defence destroyers could be deployed in the international waters just 12 nautical miles from Russia’s northern coast. There, the ships could be used to target Russian intercontinental ballistic missiles (ICBMs) during their launch phase, when they are most vulnerable to interception.

This worry could explain some recent increases in Russian military capabilities in the Arctic. Abandoned runways have been reopened and protected with air-defence systems. New attack submarines are being built and launched.

Russia also claims to have new technologies that can evade U.S. missile defence, including hypersonic ICBMs and low-flying cruise missiles. It even claims to have nuclear-powered missiles that can fly the long way around the planet before striking the United States from the south.

These claims are most certainly exaggerated, and so too are the worries about U.S. missile-defence destroyers. Conditions north of Russia will always be extreme – even in the absence of ice – and any U.S. ships deployed there would be a long way from safe harbour.

But unfortunately, the United States and its allies have done nothing to assuage Russia’s fears.

Last fall, NATO held a large exercise, named Trident Juncture, in the Norwegian Sea. As part of that exercise, a U.S. aircraft carrier sailed north of the Arctic Circle. At the same time, the U.S. Navy reconstituted the 2nd Fleet, seven years after merging that fleet into its general command. That’s noteworthy, because the 2nd Fleet is focused on “high-end naval warfare” in the North Atlantic and Arctic, by which the U.S. Navy means the Norwegian Sea and the Barents Sea – which wraps around the north of Norway to the Kola Peninsula, where most of Russia’s submarines are based.

Some U.S. strategists might even want an arms race, for political reasons. Russia has suffered deep demographic and economic declines since the Cold War, and most of its military equipment dates from that era. Its armed forces and budgets are already overstretched in Eastern Europe and the Middle East. And so it is conceivable that forcing Russia to compete in the North Atlantic and Arctic could cause it to collapse, as the Soviet Union did after trying to compete with the 1980s version of missile defence: the so-called “Star Wars.”

And so here we are: a classic security dilemma, where countries feel compelled to build up their capabilities in response to buildups by the other side, whether real or perceived.

So where does the fire on the submarine fit into this picture? The vessel could have been conducting research, as Russia claims. It might have been retrieving a nuclear-powered missile that, according to some reports, crashed into the ocean during a recent test. More likely, though, it was deploying anti-surveillance devices on the seabed, to thwart NATO efforts to detect and track Russian submarines.

Indeed, NATO is holding an anti-submarine exercise – Dynamic Mongoose – in the Norwegian Sea next week. It will involve warships, aircraft and submarines from the United States, Britain, France, Germany, Norway, Poland, Spain, Turkey and Canada.

The Russians are responding by sending ships to the same area, where they will also conduct an anti-submarine exercise.

One could justify the NATO exercise on the basis that it will take place in international waters. However, one could justify Russia’s response more easily, given the proximity of all this activity to its main submarine base.

Russia and NATO seem all too willing to feed each other’s paranoia. But that’s the thing about security dilemmas: They rarely end well. 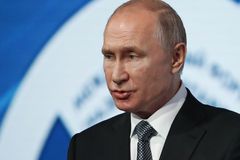 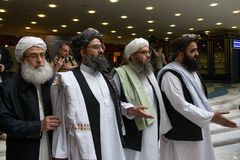 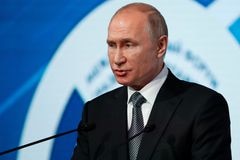