As the Moderna and Pfizer-BioNTech vaccines begin to arrive in Canada, a Herculean effort to ensure Ontario’s Northern First Nations receive their immunizations is now quietly under way. That has meant a busy holiday period for those fighting the COVID-19 pandemic, especially amid the news that a variant of the virus has arrived in Canada.

But that makes the vaccine rollout efforts happening in Nishnawbe Aski Nation (NAN) territory a ray of hope in a desperate hour. As I write this, First Nations leaders in Northern Ontario are preparing to roll out the Moderna vaccine in nearly 50 communities – a gargantuan organizational feat that rightly prioritizes Northern Ontario First Nations to receive the vaccine and is deserving of recognition.

Imagine for one moment, trying to create a public-health response and vaccine education plan – in multiple languages – in a geographic area the size of France.

That’s what NAN Grand Chief Alvin Fiddler and his staff have had to do. They started in March, by recruiting a regional COVID-19 task force being led by nurse practitioner Mae Katt from Temagami First Nation.

First Nations in the north have been among the most vulnerable to COVID-19 for a variety of reasons. Colonization has created vast inequities that have left some of our communities without clean running water, and most communities without doctors or functioning health clinics.

The federal government has to work in concert with the provinces and all who deliver health care to reach our most vulnerable. There is no getting around it; it is their fiduciary duty, but it’s also the humane thing to do.

The effort happening in Ontario appears to be in stark contrast to the situation in Manitoba. Earlier this month, Premier Brian Pallister implied that he did not think it was fair to give Indigenous people priority when it comes to vaccine distribution. This, despite what is going on in Shamattawa First Nation – a small, northern Manitoba community of 1,000 people where, as of mid-December, at least 357 people tested positive for COVID-19.

Shamattawa is a Manitoba Keewatinowi Okimakanak community, and the last I heard before Dec. 18, there was no co-operation between MKO and the Manitoba government in terms of a vaccine rollout strategy.

There is still work that needs to be done in Ontario. There will need to be a head count of every person living in every community, including non-residents such as teachers and construction workers.

Some of the nations are fly-in or only accessible by winter ice roads. Transporting the cargo into nations that only have the ability to land small planes is a consideration, as is the question of where to store and administer the vaccine; Moderna is the only vaccine possibility for the north because the Pfizer-BioNTech vaccines need to be stored at -70 C.

With logistics still being worked out and the Ontario plan in flux, questions remain. Which communities will receive the vaccine first? Where will it be administered? In tents or in community halls? And who will actually give the shots?

“While I can’t really say when the exact date the rollout will begin,” says Grand Chief Fiddler, “we are hoping the end of March will be the date to complete the first round. Medical teams now have to be assembled. Some regions in NAN have more capacity to do this themselves but we are now looking at what capacities are there now. There are so many considerations.”

Grand Chief Fiddler adds that they have heard those “16 and under are not eligible” for the vaccine and in order to keep everyone safe, the “goal is to vaccinate 70 per cent of our community. We’d like to go higher, but that is the magic number, according to health officials.”

The effects of colonization – of violent policies to take people from the land and put them into residential schools, of dispossession and of displacement – are Canada’s shame. The consequences have included shorter life expectancies, an increase in infectious diseases and many of the co-morbidities that leave Indigenous people more at risk of COVID-19.

The efforts in Ontario are worth acknowledging, but the other provinces must keep these factors in mind as they devise a vaccination rollout – lest they risk repeating the wrongs of the past. 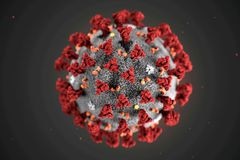 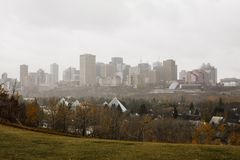 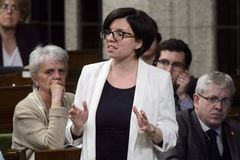