R. Blake Brown is a history professor at Saint Mary’s University, and author of Arming and Disarming: A History of Gun Control in Canada.

Partisan politics has been deeply entwined in the gun-control debate in the last 25 years. This was not always the case.

The federal government recently announced that Bill Blair, Minister of Border Security and Organized Crime Reduction, is mandated with leading an “examination of a full ban on handguns and assault weapons in Canada, while not impeding the lawful use of firearms by Canadians.”

The federal Conservative Party immediately condemned the idea of a handgun ban. Conservative shadow minister for Public Safety and Emergency Preparedness, Pierre Paul-Hus, and his deputy shadow minister, Glen Motz, asserted that “whenever Liberals attempt to crackdown on gun violence, they end up going after law-abiding firearms owners,” and that the Conservatives “will vigorously oppose a blanket firearms ban.”

The Liberals and Conservatives thus assumed the pro- and anti-gun-control positions that have helped define each party since the passage of the 1995 Firearms Act.

But this strict polarization over handguns is historically unusual in Canada. The availability of cheap, mass-produced revolvers first sparked calls in the late 19th century for federal action to limit the possession or use of pistols. For decades, both the Conservative and Liberal parties passed laws to reduce handgun violence.

John Diefenbaker, Canada’s Progressive Conservative prime minister from 1957 to 1963, provides one historical example of this bipartisan support for handgun regulation. In 1945, Mr. Diefenbaker expressed his view in Parliament that private handgun ownership was an “evil.” His words will sound familiar to people worried today about the presence of perhaps one million handguns in Canada.

Mr. Diefenbaker said he was “surprised when I read the other day the extent to which revolvers and pistols are legally held by Canadians. The extent of what I call an evil – excepting where the carrying of guns is absolutely necessary – is appalling.” He noted that Canada had more than 220,000 registered handguns. “This means there is a great bank available for thugs and desperadoes to be able to put themselves, by means of theft, in possession of the instruments of their profession.” He continued, saying that “I, for one, cannot see the need for that number of revolvers in this Dominion.”

He then asked: “What consideration, I ask the minister, has been given to ostracizing the revolver and pistol in this country, removing them from the hands of all except those who require them and will properly guard their possession?” Mr. Diefenbaker believed that the public would support such a measure, for it was “a case of the safety of the state in time of peace.”

Mr. Diefenbaker also dismissed the idea that the federal government should focus on punishing criminals who used firearms. He urged the government to consider “drastic interference with private rights … in the interests of the state.”

The Liberal government of Mackenzie King had little interest in Mr. Diefenbaker’s proposal because confiscation would anger gun owners. Mr. Diefenbaker responded by proposing that owners might be compensated for the loss of their property.

Mr. Diefenbaker’s call for stricter handgun laws reminds us that gun control does not have to be a partisan issue. After all, R.B. Bennett’s Conservative government in the 1930s required handguns to be registered in Canada, and Progressive Conservative Brian Mulroney passed important new measures after the 1989 Montreal massacre that, among other things, limited the capacity of magazines and created important safe-storage and transportation regulations.

But since the merging of the Reform/Canadian Alliance with the Progressive Conservatives in 2003, the Conservative Party has aligned itself very closely with opponents of firearm regulation.

In the last federal Conservative leadership race, Andrew Scheer and Maxime Bernier did interviews with the Canadian Coalition for Firearm Rights. They thus sought support from a group that calls for abolishing magazine-capacity restrictions, allowing for the concealed carrying of handguns, ending the registration system for restricted and prohibited weapons, and the weakening of licensing and safe-storage requirements.

One can hope that politicians of all stripes will address the firearms issue with sobriety and be motivated by a desire to craft legislative solutions based on sound policy and the wishes of a majority of Canadians.

After all, even Stephen Harper voted for the Liberal Party’s Firearms Act on second reading in Parliament. He did so because a majority in his Calgary West riding supported the registration of weapons, tougher penalties for gun crimes and further restrictions and prohibitions on various classes of weapons. 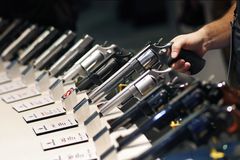 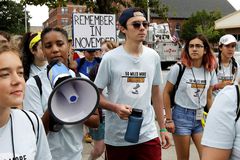 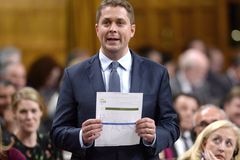