Sandford Borins is professor of public management emeritus at the University of Toronto. His blog is at sandfordborins.com.

On Jan. 1, Australia – a country whose history and governance have great similarities to our own – revised its national anthem, Advance Australia Fair. The phrase “young and free” was updated to “one and free” to acknowledge the presence of First Nations and the land’s history prior to the arrival of the first European settlers.

Like Australia’s anthem, the English lyrics of O Canada have evolved to reflect contemporary attitudes. When O Canada was adopted by Parliament as the national anthem in 1967, one of the “we stand on guard” phrases in the original 1908 version was replaced with “from far and wide,” to reflect our vast geography and the increasing diversity of our population. In 2018, Parliament enacted a law changing the line in the English version “true patriot love in all thy sons command” to “true patriot love in all of us command,” to render it gender-neutral and therefore inclusive of half of our population.

In my view, the French and bilingual lyrics of O Canada now need revision. The bilingual version uses two lines from the French version. First, “ton histoire est une épopée des plus brillants exploits,” officially translated as “your history is an epic of brilliant deeds.” I embrace this line as an eloquent evocation of the best moments of our history and an aspirational goal for the future.

The second line, however, gives me pause: “car ton bras sait porter l’épée, il sait porter la croix,” translated as “for your [Canada’s] arm knows how to wield the sword, your arm knows how to carry the cross.” These words, of course, reflect the importance of the Catholic church in 19th century Quebec, the context in which O Canada was written. But to me, as a Jew, they now sound non-inclusive and obsolete.

The 2011 census, the most recent to ask about religion, reported that 67 per cent of Canadians identified as Christian, 9 per cent as other religions (Hindu, Muslim, Jewish, Sikh, Buddhist, etc.) and 24 per cent gave no religious affiliation. Is it appropriate to include in the national anthem a religious symbol with which a third of our population (and possibly more in the coming 2021 census) does not identify?

Some religious and ethnic groups – Jews, Muslims, First Nations and Black people – have deeply unsettling historical memories of Christians carrying crosses, evoking recollections of their ancestors being victimized through conquest, forced conversion, or pogroms and violence.

Consider Quebec, the province in which O Canada was written and where it was first sung. In 2019, Quebec’s Laicity Act banned the wearing of religious symbols, including the cross, by public servants. Simultaneously with the proclamation of the Laicity Act, the Quebec National Assembly removed the cross that had hung there since 1936. If the Government of Quebec has taken these two dramatic steps to remove this symbol of Christianity from public life, then it would be consistent for it to advocate its removal from the national anthem.

My argument, addressed to all Canadians, but particularly to francophones, is that a reference to a religious symbol with which a substantial minority of Canadians do not identify, and which some in that minority find aversive, is no longer appropriate within a national anthem that we have continually revised to be inclusive for all Canadians.

If “la croix” were to be removed from the French version of O Canada, what would replace it? Here is a simple and inclusive replacement that contains two syllables and rhymes with “exploits.” It is “nos fois,” or “our faiths or beliefs.” The revised phrase of the French version would translate as “your arm knows how to wield the sword, your arm knows how to carry our faiths.” This revision would mean that our country knows how to respect or support the faiths or beliefs of all Canadians. It would apply to the faiths of those who affiliate with organized religions and the beliefs of those who don’t. I invite other readers to come up with alternative inclusive revisions.

The time has come for another revision to O Canada that eliminates the exclusivity of a reference to one religion’s symbol and replaces it with a more inclusive reference to religiosity or personal belief. 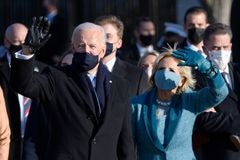 Never mind a peaceful transfer of power – give us the loud, star-studded inaugural concerts of the past
Subscriber content
January 19, 2021 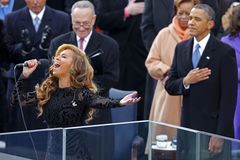 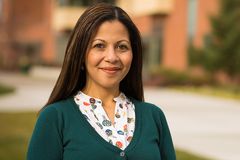