Just as white smoke billowing from the Sistine Chapel signals to the world that the announcement of a new Pope is forthcoming, so too does the word “abortion,” uttered from Liberal lips, tell Canadians that an election will soon be called.

Unfortunately for the incumbent Liberal government, the current leader of the Official Opposition doesn’t turtle into his suit when asked about uncomfortable social issues like his predecessor did, nor does he – like the predecessor before that – tout a résumé that includes defunding abortions abroad. Indeed, until Conservative Leader Erin O’Toole provides more ammunition for the Liberals to warn about Canada’s potential descent into Gilead, the party will have to resort to old favourites to remind women of their feminist bona fides ahead of an election.

And so, this past week, Prime Minister Justin Trudeau resuscitated old news that his government has cut its 2021 Canada Health Transfer to New Brunswick because of its restrictive abortion policies. The province’s Regulation 84-20 limits funding for abortion to hospitals only, and there are only three places in the province – two hospitals in Moncton, and one in Bathurst – where women may receive abortions without having to pay. New Brunswick is the only province in Canada that does not fund abortions outside of hospitals, which is an inequity this federal government has long promised to address. Ottawa actually reduced transfer payments over the issue in 2020 also, though it ended up delivering the full amount because of the COVID-19 pandemic.

Speaking to the press in Moncton on Tuesday, Mr. Trudeau said that his government was now holding back “millions of dollars” to put pressure on New Brunswick to fund abortions outside of hospitals. This didn’t make much sense, as the Canada Health Act only allows the federal government to claw back funds equivalent to the amount residents spent on user fees, and since New Brunswick only has one private abortion clinic, which charges roughly $700 to $850 for the procedure, thousands of women would’ve had to have abortions there in a single year to justify “millions of dollars” in federal clawbacks. In fact, as corrected by a PMO spokesperson, Ottawa is withholding just $140,216 – a less impressive figure, but a lawful one.

There is a good case to be made that New Brunswick’s abortion policies violate the principles of “comprehensiveness” and “accessibility” of the Canada Health Act by forcing women in certain regions of the province to travel and/or pay for the procedure, if they can access it at all. And the Canadian Civil Liberties Association is attempting to make that case with a legal challenge that was given the green light to proceed back in June. Ottawa is permitted to apply pressure as well by reducing the Canada Health Transfer, but a $140,216 penalty is more a symbolic gesture than a lever of meaningful coercion, and it’s one that this government has rather arbitrarily applied.

Indeed, Ontario is arguably in violation of the Canada Health Act, too, by allowing certain abortion clinics to operate outside of medicare. Unlike in New Brunswick, however, practitioners working out of these Ontario clinics may bill the province for their services, meaning that women only pay small administrative fees ($40 to $100, depending on the facility) to receive an abortion in a private clinic. But the system might still very well contravene one or more principles of the Canada Health Act, meaning that Ottawa would be justified in withholding the equivalent amount Ontario patients have paid in fees. If the gesture is about the principle, Ontario would see a reduction in its federal health transfer, too. If it’s about politics, Ottawa will stick with sanctions for the province most women already know and understand as the one with inequitable access.

The irony of this situation is that the B.C. Supreme Court last year weighed the issue of whether difficulty accessing medically necessary care infringed on patients’ rights under the Charter of Rights and Freedoms, and dismissed the challenge. Granted, the issues in that case were not entirely analogous to the abortion debate happening in New Brunswick. In Cambie vs. B.C., the plaintiffs argued for the right to allow out-of-pocket payments to private clinics as a way to relieve wait times and improve access to care; in New Brunswick, the argument is for public funding for private clinics to improve access to care. Both represent an acknowledgment that patients are being woefully underserviced when it comes to timely access to certain medical procedures, but only one has been prominently taken up by Ottawa, at a convenient time.

We should expect that the frequency and fervency with which Canadians hear about abortion issues from Mr. Trudeau will increase up until election day. And perhaps until then, we’ll receive the recycled news of an arbitrarily applied and largely symbolic provincial sanction a few more times. Just remember: Only one party will safeguard your right to choose – and no, we’re not talking about where to get your hip replacement surgery. 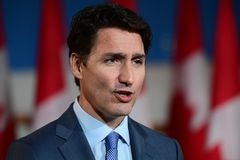 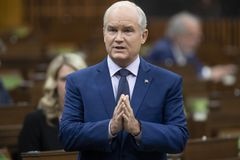 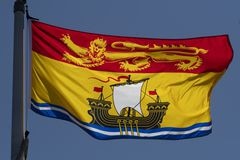