Prajwala Dixit is a writer living in St. John’s.

At any international airport, the passport of those making their way through customs could be a source of envy or a source of pity, quietly communicating the perceived quality of life lived by its holder. Voluminous emigration and immigration have turned citizenship into the “most significant class lottery remaining in the modern world," in the words of one journalist. Perhaps recognizing this, many countries including Canada have successfully capitalized on immigration.

The path to Canadian citizenship has gone through a series of changes. In the past, in addition to being able to marry into citizenship, one could literally buy citizenship – a program Quebec continues to this day. Currently, the journey to citizenship begins with permanent residency. Apart from transitioning from a student or worker to a permanent resident, other options include using foreign entry programs such as Family Sponsorship, Economic, and Business Immigration.

Introduced in 1995 and levied on individuals seeking permanent residency, first at a hefty price of $975, the fee is seen as “a partial compensation for benefits which accrue to the person who acquires permanent resident status and helps to defray various costs incurred in delivering the immigration program.” But this may not have been the only reason for its introduction.

The right of permanent residence fee (then called right of landing fee) came at a time when there was an increase in immigrants from Asia and the Middle East and a plummet in the numbers originating from the U.S. and Europe.

In a world where economic parity is heavily influenced by gender and colour, this fee continues to be a major impediment for many and is especially intensified if one is a woman of colour. Exceptions made for protected persons aside, and though levied regardless of the country of origin, it favours those with economic stature, which in today’s world continues to be withheld from women and people of colour, thereby contributing to inequities in education and employment opportunities.

After proving one’s worth as an upstanding permanent resident, if financial means allow, then the next step toward active civic engagement is in the form of an application for citizenship (bumped to $530 from $100 in 2015) which, once again, could be loaded with added costs.

In total, the price paid to acquire Canadian citizenship quickly escalates, approximately amounting to between $3,000 and $4,000 (or more) and may include translation fees; lawyer’s fees that could be as steep as $400 for a consultation; medical exams and diagnostic testing, which aren’t covered by provincial health care plans; official language testing by a third party; miscellaneous costs such as citizenship certificates; permanent resident card renewal; photographs, conveyance and mailing. And this is without factoring the expenses associated with holding the status as an international student or worker (before applying for permanent residency) within Canada.

In 2017, Canada should have received more than $78-million from 159,262 economic immigrants, solely based on the right of permanent residence fee, many of whom pay this amount even before arriving to Canada. Once here, if these individuals choose to pursue citizenship, then once again it translates into millions of dollars wending their way to government coffers.

There is privilege attached to becoming a Canadian citizen. But it isn’t something that is easily afforded for many. Of the total cost of the arduous, emotional and financially stressful path to citizenship, approximately 15 per cent to 20 per cent is directed toward buying the permanent residence and citizenship rights – to be able to belong, to be able to vote, and most importantly, to be able to call oneself Canadian. The fact remains that, today, the current immigration system, consciously or unconsciously, promotes gender and economic disparity globally. In a world where immigration is more than just a means to move from one country to another, it is time to recognize what this has evolved into – a booming business that only profits certain countries. 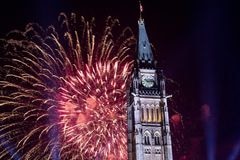 Canada’s broken guest-worker program is hurting both guest and host
June 26, 2019
Opinion
Canada must shape the future, not merely respond to it
Subscriber content
June 28, 2019 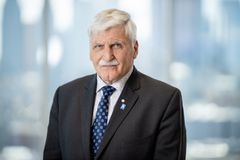