In what some are labeling a new cold war, President Donald Trump is directly challenging what he sees as the threat that China poses to U.S. global supremacy. The principal hawks in the White House driving the strategy are Peter Navarro on trade and John Bolton on national security. It involves a comprehensive range of tactics intended to counter what his administration regards as Chinese military, economic, political and ideological aggression.

Having discarded the Trans Pacific Partnership as too soft or too Obama-driven as a means to contain China, Mr. Trump is adopting more overt measures. The tariff war is escalating on the simple theory that, with the trade balance heavily in China’s favour, China ultimately has more to lose than the U.S. But the implications for American investors and exporters are disconcerting.

By injecting a surprising caveat in the USMCA with Canada and Mexico against non-market economies, the U.S. served notice that similar undertakings would be sought in all of its trade negotiations – a blatant lunge into extraterritoriality aimed at constraining China’s economic influence.

Much to the annoyance of Beijing, the White House has approved new arms sales to Taiwan. And just last week, the U.S. Navy intensified patrols around waters claimed by China in the South and East China seas. The U.S. stepped up B-52 overflights of the same region. China responded with military manoeuvres of its own especially around Taiwan. Direct talks at the senior military level were suspended by both sides.

Additionally, on national security grounds, the Trump administration is moving to cut off Chinese incursions into technology through U.S. supply chains. It is also singling out China, not Russia, as the No. 1 hacker on the attack on the U.S.

All of this represents a full-scale shift in U.S. foreign policy, with serious consequences – not just for China but for global prosperity and security. For this administration, economic security is national security.

Mr. Trump may be jeopardizing the support he needs from China on his North Korean initiative, but it is a risk he is clearly prepared to take. Doubts persist on whether the dialogue with Pyongyang will deliver more than high-level meetings, but Kim Jong-un meanwhile is juggling his relations with Beijing and Washington to his own advantage.

In proving that he is the opposite of Mr. Obama, being both unpredictable and unconventional, Mr.Trump is testing the outer limits of diplomacy. Secretary of State Mike Pompeo was dispatched to Beijing ostensibly to brief on his latest round of talks with Kim Jong-un. Though notably snubbed by President Xi, Mr. Pompeo did his diplomatic best to keep the communications channels open. “We have fundamental disagreements”, he said publicly. “I look forward to having the opportunity to discuss each of those today because this is an incredibly important relationship.”

The cool reception Mr. Pompeo was given in Beijing contrasted sharply with the upbeat mood he found earlier in Pyongyang. Taken together, they provide a surreal impression about global power shifts these days in Asia.

Despite the cacophony of distractions and tweets that characterize much of Mr. Trump’s approach to global affairs, there is no ambiguity about his intentions vis-à-vis China. As Canada discovered in renegotiating NAFTA, Mr. Trump is particularly adept at using sound and fury to achieve his goals. With China, the stakes and the risks are much higher. Some see parallels with Ronald Reagan and the Soviet Union. Others wonder whether the “fundamental disagreements” can be reconciled without serious collateral damage.

What is certain is that the overt America First, might-is-right approach resonates best with Mr. Trump’s base – and with Americans who see globalism on trade or security as having failed to serve America’s interests. The contrasts with Mr. Obama in both style and substance could not be more stark.

Make no mistake: As on Iran, North Korea and most other global issues, the U.S. is now exercising its economic and military muscle to advance America’s interests and to change how Mr. Trump’s America is perceived, if not feared, in world affairs.

The risks are real and alarming to many who do not share the same views as Mr. Navarro and Mr. Bolton on great power diplomacy.

The brash U.S. approach may cajole compromises that will ultimately yield greater stability, but reducing the risk of accidents or further escalation should be the priority for both major powers. 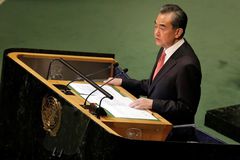 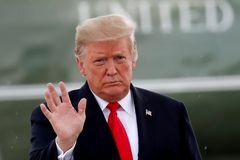 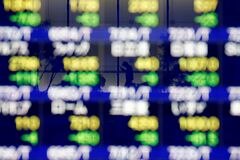