In 2016, I was in Tokyo for what was supposed to be just a crash course in the geopolitics of the Asia-Pacific. It turned out to be much more than that, however, as I witnessed firsthand the enduring animosity between Japan and its strongest “ally” in the region.

The wounds left by Japanese aggression toward South Korea before and during the Second World War have never healed. Peace agreements and semi-apologies notwithstanding, what is seen by South Korea as insufficient Japanese atonement for its behaviour remains an obstacle to a security relationship based on trust and common values. That matters for the West.

The recent escalation in tensions between the two countries has put the world’s second-most-important security alliance (after the North Atlantic Treaty Organization) on the rocks after South Korea’s withdrawal this month from a key intelligence-sharing pact with Japan.

Normally, the United States, which has troops stationed in both countries, would be playing mediator to ensure Japan and South Korea never let their hard feelings toward each other get in the way of the West’s national-security interests in a region threatened by a nuclear-capable North Korea and an increasingly aggressive Chinese military. But as U.S. President Donald Trump plays footsie with North Korean dictator Kim Jong-un and wages his trade war with China, his administration has allowed relations between Japan and South Korea to hit a postwar low.

Not that the Trump administration shouldn’t have seen it coming.

My visit to Japan coincided with the first anniversary of what was supposed to have been a “final and irreversible” agreement with South Korea aimed at settling a decades-old dispute surrounding the Japanese military’s use of sex slaves, known euphemistically as “comfort women,” during its wartime occupation of the Korean peninsula. But it was already clear during my visit that the deal, under which Japan agreed to (sort of) apologize and pay for the care of the surviving victims, was not going to be enough.

Indeed, South Korean President Moon Jae-in came to power in 2017 vowing to seek additional reparations. “The comfort-women agreement that we made with Japan during the last administration is not accepted by the people of Korea, particularly by the victims. They are against this agreement,” Mr. Moon said then. “The core to resolving the issue is for Japan to take legal responsibility for its actions and to make an official [government] apology.”

That was a slap in the face for Japanese Prime Minister Shinzo Abe, who had gone out on a limb in signing the 2015 deal in spite of opposition among Japanese nationalists in his own party. Mr. Moon has similarly appealed to Korean nationalists by seeking a thaw in relations with Mr. Kim and evoking an eventual reunification of the two Koreas. In a speech this month marking the 74th anniversary of the Korean peninsula’s liberation from Japanese forces, Mr. Moon even predicted that North and South Korea would reunite by 2045.

That was nothing short of a provocation to Japan.

Domestic politics have forced the leaders of both countries to take a hard line toward the other. Mr. Abe has had little choice but to denounce a late-2018 decision by the South Korean Supreme Court that forces Japanese companies to pay compensation for forced labour during Japan’s occupation of the Korean peninsula. In retaliation, the Japanese government said it would remove South Korea from its list of favoured trading nations – and formally did so this week. South Korea responded in kind, even though its economy is far more dependent on imports from Japan than the other way around.

The Trump administration has largely remained a bystander amid all this rancour. A U.S. Defence Department official this week told The Wall Street Journal that the United States had not been prewarned before South Korea pulled out of its intelligence-sharing agreement with Japan – the General Security of Military Information Agreement – adding that the development “potentially adds risk to [U.S.] forces” in the region.

Asked about the demise of the agreement, Mr. Trump told reporters: “Well, I hope that South Korea and Japan start getting along with each other. You know, they’re supposed to be allies. And it puts us in a very difficult position." Then he pivoted to a subject he much prefers – his on-again-off-again bromance with the North Korean dictator.

With Mr. Trump in power, don’t expect South Korea and Japan to make up any time soon, giving us all one more reason to worry about the fate of the liberal world order. 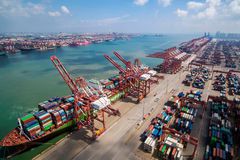 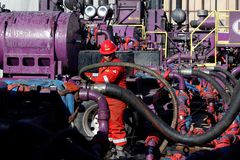 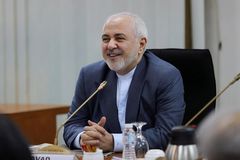