“Forget sanctions on Russia,” Bob Corker, the Tennessee Republican who heads the foreign relations committee, was saying. “I can name probably 10 other things where if one day we’re doing one thing, the next day we’re doing another.”

Mr. Corker was lamenting White House disarray and recklessness in foreign affairs; the contradictions, the upheavals in personnel, the hairpin turns that roil the world order. Foreign-policy professionals shake their heads. They’ve never seen anything like it.

The latest instalment saw United Nations ambassador Nikki Haley announce pending new sanctions on Russia. Larry Kudlow, Donald Trump’s new chief economic adviser, came forward to say there would be no such sanctions, that Ms. Haley was suffering from momentary confusion. “With all due respect,” Ms. Haley shot back, “I don’t get confused.”

Mr. Trump had apparently given the go-ahead to the sanctions then, typically, changed his mind. When he saw Ms. Haley touting them on TV, he blew up. He is no longer terribly fond of her. There are mischievous rumours that she and vice-president Mike Pence are forming a team, possibly to run as a ticket in 2020.

She’s also had policy differences with Mr. Trump, taking a tougher line on relations with Russia. The President has seemingly moved to the right himself with the appointments of the war-happy John Bolton as national security adviser and Mike Pompeo as secretary of state.

Truth be told, no one knows what camp Mr. Trump is in. It depends what day of the week it is. And yet for all the mayhem and ad hoc-ery, and despite his knowledge deficit on the issues, he’s less a threat to the international order than we imagined and feared. On several foreign-policy fronts, his administration is making headway.

Not so long ago, he was threatening to use the big nuclear button against North Korea. Now he has arranged a peace-seeking summit with ‘Little Rocket Man’ Kim Jong-un. Mr. Pompeo held secret meetings in the hermit kingdom on Easter weekend as a prelude to the talks that are expected in June.

The American-led air strikes on Syria’s chemical weapons installations last week won support from allies. They were deemed as an appropriate – if not lethal enough – action. Mr. Trump was tempted to hit Syria harder but showed a temperate side, listening to advisers who warned that excessive force could ignite a wider conflict with Russia’s Vladimir Putin. On the subject of Mr. Putin, whom he has finally seen fit to criticize, Mr. Trump’s overarching policy of seeking co-operation may well be better than the alternative.

The President, as he has often boasted, has made significant strides in reducing the threat of the Islamic State.

After initially sending out off-putting signals in respect to Europe and NATO, Mr. Trump has made a significant turn, most notably in forming a surprising and important bond with France’s visionary leader Emmanuel Macron. Mr. Trump communicates regularly and co-ordinates military policy with Mr. Macron, who is seen as a moderating and edifying influence on him. The French leader will soon arrive in Washington for a lavish state visit.

While known for his angry-man tweets, Mr. Trump’s bark is often worse than his bite. He enjoys good relations with many leaders, including Canada’s, Japan’s and even China’s, despite the raging trade battle he has triggered with that country.

Despite the positive signs, Mr. Trump’s impulsive approach continues to engender international instability. Signs that he is moderating are belied by the appointment of hardliners in key posts. He brought in a record-shattering Pentagon budget. He is still threatening to tear up the Iran nuclear agreement, which would be an inexcusably ominous development. His Republican party base, with its overt nationalism and xenophobic strains, exerts a strong pull on him.

While his tempestuous destabilizing ways are not about to change, they can be harnessed toward more enlightened purposes. Being of no set address on foreign policy – neither hawk nor dove – is not all that bad. In today’s world, flexible minds are more effective than fixed ones. The work of his Republican predecessors George W. Bush and Dick Cheney, starting a war on the basis of supposition, illustrate that. For all his faults, Mr. Trump hasn’t matched theirs. 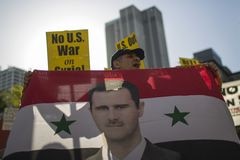 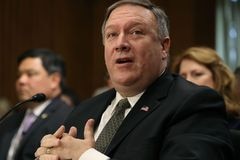 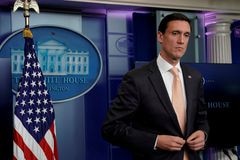