Prime Minister Justin Trudeau’s muted response to Donald Trump’s move this week to pull out of the multilateral deal to curb Iran’s nuclear ambitions was seen in many circles as just another attempt by Canada to avoid antagonizing the moody U.S. President who’s threatening to nix NAFTA.

Indeed, most of what the Trudeau government does or does not do on the world stage these days is seen through the prism of its strategy to save the North American free-trade agreement from Mr. Trump’s mood swings. For instance, when Canada abstained on a United Nations General Assembly resolution in December that repudiated Mr. Trump’s decision to move the U.S. embassy in Israel to Jerusalem − a resolution France and Britain both supported − the same “it’s-all-about-NAFTA” excuse was proposed as the reason for Canada’s fence-sitting.

There is perhaps a simpler explanation. For all the talk about Mr. Trudeau wanting to re-establish Canada’s multilateralist and honest-broker bona fides, the evidence suggests he is our most unequivocally pro-Israel prime minister since, well, Stephen Harper. To be sure, Mr. Trudeau would never have added his name to the letter his Conservative predecessor signed this week declaring Mr. Trump “right about Iran.” But his policies on Israel closely track Mr. Harper’s, though without the snarky rhetoric attached.

Read more: What will Iran do now? A guide to the nuclear deal and beyond

“Whatever the reasons, Trudeau has, like his Liberal predecessors, sought to support both UN multilateralism and Israel, but his policy toward Israel has also borrowed heavily from the Harper playbook,” Dalhousie University professor Steven Seligman argues in a new paper published in the American Review of Canadian Studies. “Overall, Canada’s voting record at the UN under the Trudeau government thus far is among the most pro-Israel in the world and is markedly different than Canada’s voting record under [Jean] Chrétien and [Paul] Martin.”

Indeed, the Trudeau government is near the opposite end of the continuum on Israel to the largely pro-Palestinian bent Canada adopted at the UN under Mr. Chrétien. As a member of the UN Security Council in 2000, Canada backed a resolution condemning Israel’s “excessive force against Palestinians” during the second intifada. Canada’s vote caused Mr. Chrétien considerable grief within in his own caucus – much, on the eve of a federal election, to the delight of the then-opposition Canadian Alliance.

“This kind of resolution, which singled out Israel for discriminatory and differential treatment and appeared to exonerate the Palestinians for their violence, would tend to encourage those who violently oppose the peace process as well as those who still seek the destruction of Israel,” then Liberal MP Irwin Cotler said. The blowback within caucus and among Jewish leaders prompted Mr. Chrétien to express his regret for Canada’s UN vote. But it was a rare concession by Mr. Chrétien on the Israel file.

As Prof. Seligman notes, “Canada’s vote on Resolution 1322 was fairly consistent with the way in which the Chrétien government had approached many other UN resolutions addressing Israel.” Under Mr. Chrétien, Canada supported about 75 per cent of such resolutions. That fell to 50 per cent during Paul Martin’s two years as prime minister. In his memoirs, Mr. Martin wrote that he “disagreed with the view of the Department of Foreign Affairs that UN resolutions regarding the region were ‘balanced.’ ”

Under Mr. Harper, Canada systematically voted against all UN resolutions on Israel. After all, Mr. Harper famously insisted he would never do the “easy thing” and “just get along and go along with this anti-Israel rhetoric.” Mr. Trudeau might not use quite the same words, but he has acted in sync with his predecessor.

“The idea of using votes in the United Nations to isolate or condemn Israel … is not productive in international relations. And Canada avoids taking sides in that,” Mr. Trudeau said after Canada abstained on a UN resolution declaring Mr. Trump’s embassy decision “null and void.”

In truth, Canada does take sides under Mr. Trudeau. During the two regular sessions of the UN General Assembly after he became Prime Minister, Prof. Seligman notes, Canada voted against 18 resolutions on Israel and abstained on only two.

Mr. Harper’s dramatic reorientation of Canada’s policy toward Israel was driven by both his own convictions and domestic politics. Mr. Trudeau’s motivations are undeniably similar. “The reality is that relations with Israel are not vital to Canada’s national interest,” Prof. Seligman argues. “Thus, Canadian prime ministers do have a fair bit of room to manoeuvre” on the Israel file.

Mr. Trudeau did turf Mr. Harper’s ambassador to Israel, the hawkish Vivian Bercovici, replacing her with career diplomat Deborah Lyons. But his government is just as pro-Israel as the last one. This may make Canada’s bid for a UN Security Council seat in 2021 a long shot, but Mr. Trudeau appears no more willing to “just get along and go along” than, well, you know who.

Opinion
Remind us, why does Canada want a seat on the UN Security Council?
May 7, 2018 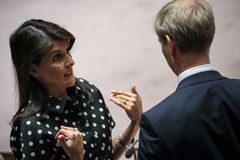 Opinion
Israel’s search for peace may pass through the Gulf
April 17, 2018 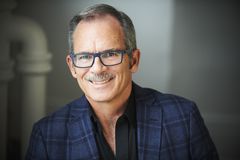 Opinion
Progress takes time. But Trudeau doesn’t have a lot left
May 2, 2018 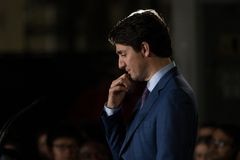