The viscid layer of smoke that had draped itself over much of southern British Columbia has slowly begun to dissipate thanks to a blast of cool Pacific air.

The air quality was so bad in Victoria, Vancouver and surrounding environs on the weekend and into Monday – the air ranked among the worst in the world in recent days – that people with underlying health conditions were urged to stay inside. Smoke caused by the historic wildfires raging south of the border blocked out the sun, helping cast an apocalyptic orange hue over the entire region.

Combined with the pandemic, it did feel like the end times.

Smoke from wildfires isn’t new to British Columbia or Western Canada. According to the Canadian Disaster Database, the number of wildfire disasters in the country, primarily in the West, has been growing in recent decades, from less than 10 in the 1980s to more than 50 between 2011 and 2017. This year hasn’t been nearly as bad, largely thanks to a wetter-than-normal June. But fires in California and the Western United States are now an annual event and getting worse by the year.

And despite what U.S. President Donald Trump might believe, there isn’t a shred of doubt in the minds of scientists that climate change is the primary cause.

As we know, this is a global phenomenon. Australia recently suffered its worst wildfire season ever, with more than 18.6 million hectares torched, thousands of homes lost and billions of animals either killed, injured or displaced. Meantime, in Brazil, the Amazon remains ablaze, while a massive fire in its Pantanal wetlands region has been burning since mid-July.

Scientists have been warning about this day for ages. A warming planet would force a reckoning, they said. Well, we are living it now. The real tragedy? Our political leaders still aren’t prepared to do anything about it.

In this country, the federal Liberals talk a good game, but haven’t done much to bring down greenhouse-gas emissions. Global News reported recently that the government was preparing a giant $100-billion program around climate change but shelved it amid concerns it would look like they were taking advantage of the pandemic to execute their green agenda. It’s hard to imagine being worried about that, though, as the world burns around them.

In B.C., not nearly enough is being done to deal with this crisis. Provincial forest-service budgets are increasingly being eaten up by the costs of fighting blazes, leaving less money to prevent them from happening in the first place. Meantime, the environmental organization Stand.earth revealed this week that B.C. is second only to Alberta in providing subsidies to the fossil-fuel industry, to the tune of a billion dollars a year. Think about that for a second. Another government that talks endlessly about wanting to save the planet but does very little about it.

I’d like to just fault politicians for a gross failure of leadership, but we are all to blame. We don’t force the matter. Boomers are more than happy to let another generation deal with a problem primarily of their making.

The Moody’s affiliate Four Twenty Seven put out a paper in August that said over the next two decades, climate change will increase the frequency of the wildfires we see now, causing unprecedented economic damage. In the U.S., the health-care costs linked to air pollution caused by forest fires are already more than US$100-billion annually, according to the data firm’s report. Insurance rates are also going up as a result of the dangers forest fires pose to many communities.

People need to wake up to what’s happening and demand more protective measures from governments. The dangers posed by forest fires are no different than those caused by rising sea levels or earthquakes. We are spending billions to raise seawalls and fortify buildings for the big one, yet many of our forests remain tinderboxes ready to explode.

Far more needs to be done to clear forests of the brush and vegetation that fuel many of the blazes. Fines for disobeying campfire edicts should be far more severe given what’s at stake. Towns that are particularly vulnerable need better protection, possibly by moving tree lines back.

I recognize governments are challenged on many fronts these days. But the fact is wildfires are likely to only intensify as this country’s climate warms at the twice the rate of the global average. Let’s hope they – and we – don’t wait to act until the home front is ash. 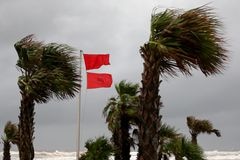 The Arctic is shifting to different climate due to effects of global warming, scientists say
Subscriber content
September 15, 2020 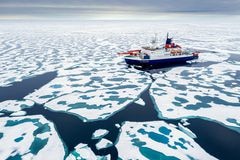 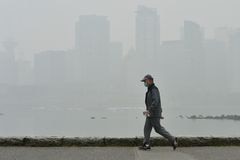