Wednesday will be remembered as the day the United States became a liberal and Democratic country again. And, as the Republican Party self-immolated in a nadir of violence, factional infighting and impotent extremism, it’s worth asking if it’s going to be that way for a long time.

The day’s most lasting milestone was the Democratic Party winning back control of the executive and both legislative houses for the first time in a decade. The congressional certification of Joe Biden and Kamala Harris’s Nov. 3 presidential and vice-presidential victories occurred only hours after the electoral victories of two senators in Georgia gave the Democrats a controlling majority in the Senate to match their existing majority in the House of Representatives.

Those Georgia victories signalled the larger change behind this milestone. For the past couple of decades, a majority of adult Americans have held liberal views and expressed a preference for the Democratic Party; Republicans have only been able to win by corralling the votes of less populated and more rural states. Georgia is no longer such a state; its urban, educated, high-tech, darker-skinned majority will only expand. The United States is growing away from the Republicans, unless they can find a form of conservatism that appeals to parts of this new majority.

The other events of Wednesday – the shocking insurrectionary violence in the Capitol unleashed by President Donald Trump, and the embarrassing attempt by eight Senators and 139 Representatives to block the certification of Mr. Biden’s victory on the basis of discredited fictions – showed how fast the Republicans’ corner is shrinking.

This is the larger problem facing the Republicans: They have been able to eke out narrow victories in the past 20 years by being the party of geography in a still quite rural country. That formula only really works when Republicans are able to find a leader and a message that pulls together two very contradictory sets of beliefs and impulses held by groups of Americans.

The first is a dislike and a distrust of government and taxation, either out of belief or opportunism – an essentially libertarian, minimal-state impulse. The second is a yearning for the paternalistic family, the racially homogenous town and a sense of social and military order – which implies a larger, more controlling state.

Uniting these impulses is no small task. It was accomplished by Ronald Reagan in 1980, then by George W. Bush in 2000 and, surprisingly, by Donald Trump in 2016. All three managed to peel off wavering Democrats by combining promises of tax cuts with fearful messages about hot-button liberal topics such as immigration, transgender rights or Black activism.

This strategy has suffered from diminishing returns – Mr. Bush and Mr. Trump both lost the popular vote. The share of Americans open to these messages fell. Polls show Republicans appeal most consistently and strongly to “low-education” Americans – a disappearing group. Between 2016 and 2020 alone, the share of voters without a college degree fell by five million, enough to account for all of Mr. Trump’s 2016 Electoral College margin.

What has filled the late-Trump-era ideological vacuum has been a new politics whose intellectual guru is junior Senator Josh Hawley, the leader of the congressional effort to overturn Mr. Biden’s certification. If Mr. Trump’s message was fundamentally a negative reaction to liberalism – it was literally reactionary – Mr. Hawley and his cohort have turned that into a positive vision of an ideal of a society without liberalism.

In their books and speeches, Mr. Hawley and his colleagues describe an America liberated from “cosmopolitans” (he appears to be aware of the anti-Semitic implication of the term), where social media is strictly censored and laws force a return to what Mr. Hawley calls “the genuine and personal love of family and church.”

The Hawley Republicans describe this ideology as “post-liberalism,” and it’s attracted a strong following among right-wing and religious Americans who want to find some moral justification behind their otherwise hypocritical backing of Mr. Trump.

It’s better described as “post-fusionist” – that is, it rejects the union of economic liberalism and moral authoritarianism that defined the post-Reagan party, siding only with the latter. Americans who are okay with globalization, technology and diversity (not to mention gays) are relegated to the fast-expanding Democrats. If Mr. Trump was the Robespierre of post-Tea Party Republicanism, these are his Jacobins, out to purify the party at any cost.

That this battle for the soul of the party had its most visible moment on the day of Mr. Trump’s violent disgrace, the day Democrats returned to power in an America increasingly defined by cosmopolitanism – that suggests that the Republicans will be spending a long time in the woods, struggling to reconnect with an America that outgrew them. 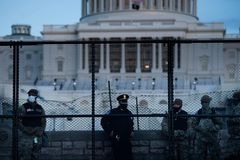 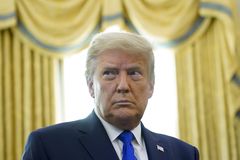 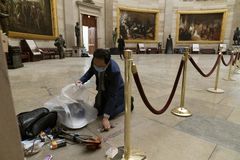