Tom Flanagan is a professor emeritus of political science at the University of Calgary and a senior fellow of the Fraser Institute.

Politicians are scrambling for ways to restart the Trans Mountain pipeline after the recent Federal Court of Appeal decision. Let me offer an explanation of how we arrived at this impasse.

What has happened to Trans Mountain is not surprising. This is the third time in 12 years that the Federal Court has blocked a major pipeline proposal on grounds of insufficient consultation, following the Mackenzie Valley natural-gas pipeline in 2006 and the Northern Gateway oil pipeline in 2016. In each case, the proposal was backed by many First Nations and Métis organizations, but a small number of First Nations (six, in the case of Trans Mountain) was able to get a court to rule that some phase of consultation had been inadequate.

These results flow from the character of the jurisprudence. In the seminal Haida Nation decision (2004), the Supreme Court created the “duty to consult and accommodate” First Nations regarding development projects on their traditional territories. That right to be consulted was not entrenched in any constitutional document or federal legislation; the Court inferred it from the “Honour of the Crown.” It was not surprising for the Court to create new law; it happens all the time. But in this instance, the new law was exceptionally vague because the Honour of the Crown has no clear definition. It is, ultimately, whatever the courts say it is.

Since then, Parliament has passed no legislation to better define the duty to consult. In this legislative vacuum, the courts act in the only way they can, reviewing specific cases retrospectively. There are no bright lines in this jurisprudence; it is constantly evolving as courts hear new arguments about whether consultation has been adequate under the elastic concept of the Honour of the Crown.

It is a perfect environment for project opponents to conduct a kind of guerrilla warfare – sometimes dubbed lawfare – in the courts. Months stretch into years as the courts follow their methodical process of hearings and appeal. Meanwhile, costs mount, perhaps rendering a project unprofitable. Or conditions may change as time goes by. The Mackenzie Valley proposal died when fracking caused the price of natural gas to collapse. Northern Gateway died when a newly elected government delivered the coup de grâce. Small wonder that international investors are rushing for the exits.

Also, the jurisprudence has been largely developed around individual development proposals that affect only one or a small number of First Nations – a mine or oil well here, a forestry clear-cut there. In those circumstances, consultation can work because both sides have incentives to settle. The company wants to get on with its proposal, the First Nation (not always, but often) would like what comes with an impact benefit agreement: cash payments, jobs, service contracts, training programs, sometimes even an ownership stake. Transaction costs may rise, but business can go forward.

But the jurisprudence has not taken account of the needs of corridor projects such as pipelines, which have to run from start to finish to be useful. Long corridor projects typically require consultation with dozens of First Nations, and anyone with experience of human affairs knows that unanimity is rarely achieved in any endeavour. Holdouts may block projects for strategic reasons, hoping for a better deal, or because they are opposed in principle.

In the larger economy, this problem is solved by the exercise of expropriation. Acting under legislation that provides appropriate compensation, regulatory authorities can take possession of land required for essential corridor projects. Expropriation is not a perfect solution, but without it, we would not have many pipelines, power lines, roads or rapid-transit lines, and modern industrial society could not exist.

The problem is that we have no equivalent legislation for First Nations’ property rights. Thus, even though the courts repeat that the right to be consulted does not entail a veto, the legal process as it has evolved effectively confers a veto power on small numbers of holdout First Nations. Ironically, that veto power damages not only the Canadian economy but many First Nations organizations who want economic development to raise their people’s standard of living. The courts have boxed themselves in, and only Parliament can break the gridlock. 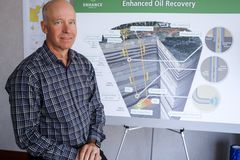 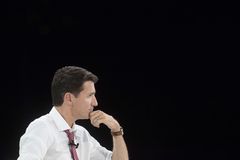