Allan C. Hutchinson is a distinguished research professor at Osgoode Hall Law School and the author of the forthcoming book Democracy and Constitutions: Putting Citizens First.

Ontario Premier Doug Ford has ruffled a lot of feathers with his use of the Constitution’s notwithstanding clause, or section 33, to short-circuit the provincial Superior Court’s ruling on his government’s election-spending law, Bill 254. His critics, who have ranged across the political spectrum, have decried the move as both unconstitutional and undemocratic.

But his opponents are simply barking up the wrong tree in making the first of those two arguments. There is no question that the use of the clause is decidedly constitutional: The override provision is as valid as any other Charter section, and there would have been no Charter without it. Yes, it has been used sparingly (outside of Quebec) to this point, but the fact that it has never been used by the federal government nor by previous Ontario governments does not render its use unconstitutional – only controversial.

Critics would find themselves on better ground when they charge that the Ontario government is acting undemocratically. But even that remains contested ground – because the definition of “democratic” here is far from straightforward.

Mr. Ford’s use of the clause is actually more democratic in that giving the first and last word to unelected courts and judges in resolving the meaning and demands of the Constitution is difficult to defend. Once it is accepted that constitutional interpretation is not a technical, neutral or apolitical exercise, the priority of courts in the constitutional hierarchy is much less secure and defensible.

As U.S. legal scholar John Hart Ely famously put it, “we may grant until we’re blue in the face that legislatures aren’t wholly democratic, but that isn’t going to make courts more democratic than legislatures.” There are reasons to accord constitutional supremacy to the courts, but their democratic primacy over elected legislators is not among them.

However, accepting that governments have the constitutional right and perhaps democratic prerogative to override the Constitution tells us little about when and whether they should do so. Possessing such a right must carry the considerable burden of ensuring it is exercised appropriately and, in particularly, in line with deeper democratic principles.

Most importantly, this means that legislators must consider themselves to be more than part of a process that is motivated by partisan politics alone; they should be expected to act in a balanced and principled manner. If courts are not only a forum of principled reasoning, then legislatures are not only an arena of political infighting.

As such, governments that seek to override the Constitution should undertake to act in a more reflective and high-minded way, rather than resorting to a simple show of force. It is in the political arena that the demands of democratic governance should be debated and implemented as much as in the legal venues of the state.

A government’s deployment of its section-33 power should be done in a way that advances the values of the Charter, rather than in an attempt to end-run or sideline it. Along with the courts, it is the constitutional responsibility of legislatures to respect and adhere to the democratic vision that the Charter and similar documents are intended to embody. In this way, governments can uphold the broader constitutional project even as they take advantage of the Charter’s special constitutional provisions to avoid its immediate effects.

Too often, legislatures like the one currently sitting in Ontario act as if the Charter is not their business. But democracy surely demands that all sites of democratic governance should respect its dictates, no matter how controversial or contested that they might be.

All this is particularly pertinent to the passage of any legislation that, like Bill 254, seeks to address the perceived failings of the electoral process itself. By relying on the Charter’s get-out-of-constitutional-jail-free card, it is incumbent upon the Ontario legislature to square its actions with the Constitution’s deeper commitments to democracy, not to flout them.

Although framed as a free-speech issue, the present crisis is really about the democratic integrity of the election process. As such, it is worth noting that voting rights are expressly excluded from the reach of the notwithstanding clause – a fact that seems to have been overlooked by many.

It would be a good idea if the Ontario legislature introduced certain self-imposed constraints on its future use of the notwithstanding clause, perhaps mandating that, if all avenues of judicial appeal are exhausted, a special two-thirds majority in the legislature was required for initiating section 33.

At a minimum, this would be a convincing sign of good faith. After all, democracy is about much more than occasional elections. To allow the Constitution to be leap-frogged by Mr. Ford’s or any government with a simple majority is as perverse as it is unappetizing. 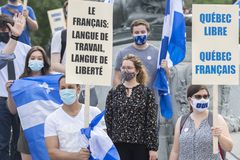 Opinion
Even without the notwithstanding clause, Ford’s election spending law is awful
Subscriber content
June 16, 2021 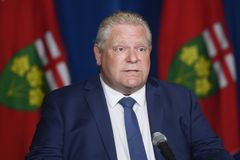 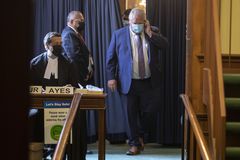