Frank Graves is president of Ottawa-based EKOS Research Associates. Michael Valpy is a fellow of the School of Public Policy and Governance at the University of Toronto.

Ontario’s coming election, as most residents of Canada’s most populous province likely now know, will be the country’s first acid test of whether conservative populism can find political success. The focus, however, is largely in the wrong place.

There is the same overestimate of the significance of character – in this contest, with Ontario Progressive Conservative Leader Doug Ford; two years ago across the border, the same scenario with now-President Donald Trump – and the same underestimate of the meaning of a frustrated political constituency in search of a leader.

Not all PC supporters are inside the tent of conservative populism. But research by EKOS clearly indicates this ideology is shaping the party’s strength (the late Rob Ford, Mr. Ford’s brother and past mayor of Toronto, was more character than ideology).

They are leading in every age demographic. Amazingly, they have attracted double the combined support for the Liberals and NDP in the 18-to-34 cohort, which traditionally shows a progressive political bent. PC support among men is huge and the party also leads in support from women, although by a significantly lesser amount.

This is not a right against left schism. It is the fracture in what has come to be known as an ordered against open society, the essential ingredients of which are both economic (security or insecurity) and cultural (values and beliefs).

The open side of the spectrum is future-oriented, welcomes change and is receptive to an open approach to trade and immigration. It tends to be optimistic and progressive and is most evident in those currently seeing themselves as members of the middle and upper class. It is also, it should be acknowledged, the dominant face of inequality.

The ordered side is a darker mirror image. Its adherents feel institutionally abandoned. They see the death of progress. They are both economically and culturally insecure. Their outlook is associated with a more authoritarian view which sees order and obedience as more important than creativity and reason. They tend to be nostalgic for a previous (perhaps apocryphal) era in which comfort and security were enjoyed.

Among ordered-society adherents, support for trade is more tepid, as is support for immigration. They show signs of racial intolerance, whether it’s largely an unconscious negative evaluation or something more malignant. It should also be pointed out that, in Canada, conservative populism draws support from non-white communities as well. (A 2017 national poll by EKOS found that 40 per cent of respondents believe Canada admits too many non-white immigrants – 64 per cent of whom identified as Conservative supporters, 30 per cent as NDP supporters and 15 per cent as Liberal supporters.)

Ordered-society adherents are people who are losing their place in the class system. At the turn of the millennium in both Canada and the United States, more than 70 per cent of adults self-identified as middle class; now less than half do. Those attracted to the closed outlook tend to have lower levels of education and be in the working and poor classes. Many have experienced downward class mobility. Increasingly, the outlook embraces angry young males who see good jobs beyond their reach, with economic growth running at just 2 per cent annually while housing costs in major urban areas rise by 12 per cent.

Finally, a joint 2017 study by Harvard and University of Melbourne researchers found that citizens of stable, liberal democratic societies – especially millennials – are growing jaded with democracy, show a disdain for intellectuals and believe elites can’t be trusted.

The action by media, political and academic elites to dismiss Mr. Ford now, just as Mr. Trump was dismissed before him, will hardly make the adherents of a closed society go away or abandon their anger or their loss of faith in democracy. They are a growing, vociferous constituency in Ontario, wanting to be heard. 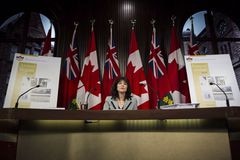 Opinion
Does the welfare state still matter? It should
April 23, 2018