On Friday, Ontario will take a big gamble with a return to indoor dining and drinking, which has resulted in COVID-19 outbreaks in California, Florida, Texas, Australia, Germany – indeed, almost everywhere it’s been tried. Nevertheless, the hope is that the province will fare as well with this step as our cousins in Alberta and B.C., even though Ontario’s pandemic response has been more like that of Quebec – the delinquent of the family.

Unlike Alberta, Ontario did not prepare early with a stockpile of supplies. Unlike B.C., it did not react swiftly to outbreaks in long-term care homes and on farms. Unlike Alberta, Ontario hasn’t yet unveiled its promised contact tracing app. Unlike B.C., Ontario’s leadership is reticent to name businesses in the midst of outbreaks. All of these issues compound the risk of Ontarians resuming the practice of eating and drinking – and talking and shouting and coughing – together indoors.

In Quebec, where provincial leaders have been similarly reluctant to tell the public exactly where outbreaks have occurred, Montreal health authorities are now instructing anyone who has been to a bar since July 1 to be tested for COVID-19. We know at least nine bars in Montreal have been linked to at least 30 new cases since the city reopened them on June 25, but we don’t know which bars in particular patrons should be concerned about. Because of that ambiguity, it’s likely that at least some bar-hoppers who should be tested and/or in self-isolation will mistakenly believe themselves safe and keep going about their business while inadvertently spreading the virus.

Without a clear outbreak-response strategy, Ontario will face these same issues as it moves ahead with its reopening plans. Granted, the province has done the work to keep new infections below 200 a day for the past couple of weeks, and the regions with the most infections – Toronto, Peel, Niagara, Windsor and a few others – will hold off on entering Phase 3 for now.

But indoor dining and drinking (which means uncovered faces, blowing on hot foods, potential air-conditioning transmission and so forth) poses a strong risk of regression, which seems unnecessary when we still have many more summer weeks ahead of us. A recent JPMorgan analysis in the U.S. actually showed a correlation between an uptick in restaurant spending and an increase in COVID-19 cases about three weeks later. Obviously, restaurant and bar owners in Ontario want to get back to inside business as soon as possible, but without a comprehensive plan to deal with an inevitable outbreak, the province risks forfeiting months of hard work, only to potentially shut down these businesses again.

It also seems peculiar to take such a high-risk step – particularly when bars and restaurants can capably continue to offer patio service – without figuring out what is arguably the more important stuff first. That is, as of Friday, anyone in the province can spend a weekend dining and drinking in Ottawa, but he or she cannot expand his or her “bubble” beyond 10 people or make reliable plans for what to do with the kids come September.

Perhaps Ontario’s leadership believes it is not a binary choice between a few beers inside now or in-person learning in September. But places such as California, which was doing well months ago, yet where the two largest school boards just announced online-only learning to start next school year, appear to indicate that the choices are not as discrete as we would like. A few beers now, followed by a small outbreak, then a large outbreak, then clumsy efforts at contact tracing from an unnamed bar or restaurant could mean we end up waiting that much longer for in-person schooling or forfeit new privileges such as long-term care-home visits.

Ontario’s path to relative normality starts with a return to in-school learning. Without that, parents can’t meaningfully get back to work, so they won’t be able to reliably pay their bills, which also means they’ll have less for discretionary spending. Because the province cannot do everything at once, it needs to weigh the risks of certain high-risk behaviours against the potential benefits of those actions, along with public health’s capacity to mitigate the damage should something go wrong.

Eating a plate of nachos inside and resuming in-classroom learning are both high-risk activities, but they do not benefit people to the same degree. By prioritizing nachos before classrooms – and potentially at the expense of classrooms – Ontario appears to have its priorities out of whack. If, weeks from now, Toronto Public Health is urging anyone who has been to a bar to get a COVID-19 test, we’ll know Ontario made the wrong choice. 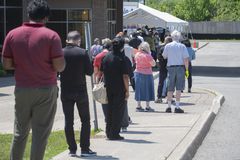 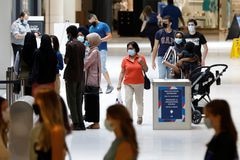