Ontario’s voters are in a foul mood and I don’t blame them. They’re facing the worst electoral choice since Bob Rae squared off against David Peterson back in 1990. No matter who wins, they know they probably won’t be happy.

As of now, the race is down to Doug Ford and Andrea Horwath. (The Liberals have zero chance of regaining office.) Each is indigestible in his or her own distinct way.

Mr. Ford, as we know, is a blustering ignoramus. The liberal punditocracy likes to label him as a northern Donald Trump. He’s got no platform, no budget and no grasp of policy. He doesn’t even know how the legislature works. Like Mr. Trump, he’s a rich guy who rails away at the elites.

The NDP’s Ms. Horwath doesn’t get anything like the same amount of scrutiny, possibly because she seems like a nice and decent person – and her politics strike many journalists as relatively harmless. In normal times, which these are not, Ms. Horwath would probably be winding down her political career as the leader of a quite minor third party. As it is, she could wind up as premier. In which case, God help us all.

Ms. Horwath’s party is so beholden to the unions that it blocked a legislated settlement to the strike at York University, which has dragged on for months and blighted the lives of many of the 50,000 students there. The villain in the York strike is one rogue CUPE local that has taken the whole place hostage. Ms. Horwath also won the teachers’ union endorsement by promising to scrap the province’s standardized student-testing system, which is widely popular with parents.

Ms. Horwath points out that unlike Mr. Ford, the NDP’s economic plan is fully costed and adds up. This is true. It adds up to spending vast amounts of money we don’t have on stuff we can’t afford, such as hundreds of thousands of publicly subsidized new child-care spaces. There’s also a plan to convert all student debt into grants. To pay for these schemes, the party plans to run gigantic deficits for years and years, until Tinker Bell arrives with magic bags of money. (Embarrassingly – speaking of math – it turns out that the NDP mistakenly put several billion dollars on the wrong side of the ledger, which means the hole is that much deeper.)

A couple of years from now, I suspect that we’ll be looking back on this election and wondering what was so horrible about Kathleen Wynne’s government after all.

The NDP also wants to turn Ontario into Canada’s first “sanctuary province“ so that it can make local services accessible to all residents, “regardless of their immigration status.” There’s no word on where our future asylum claimants, who are already flooding Toronto’s shelter system, might be housed.

I am actually old enough to remember the last time the NDP was in power in Ontario. It was chaos. Five years of NDP rule led inexorably to Mike Harris, proving that our system has a remarkable ability to achieve homeostasis once you average it all out.

So, am I happy at the prospect of Premier Ford? No. I think the prospect is appalling – although no more appalling than the prospect of Premier Horwath. Mr. Ford is simply giving voters what they want. And what they want is a tax break at the gasoline pumps. What they do not want is carbon taxes in any way, shape or form. (Bad news for Justin Trudeau here: A recent poll found that a whopping 72 per cent of Ontarians think carbon taxes are a pointless tax grab.) A lot of people also like the idea of of a bull in a china shop to shake things up. According to a recent Ipsos poll, 53 per cent of respondents agreed that “to fix Ontario, we need a strong leader willing to break the rules.”

Mr. Ford is as populist as hot dogs at a ball game, which is why I think he’ll probably win. Also, the polls may be underestimating his strength because some voters aren’t confessing their true intentions. Many of my friends say they’re going to vote for “the best person in my riding,” which means they’ll probably vote PC but don’t want to say so.

A couple of years from now, I suspect that we’ll be looking back on this election and wondering what was so horrible about Kathleen Wynne’s government after all. Why did we despise her so much when what we got was so much worse? But that’s the strength of our system. No matter how it stinks, we always get a choice. And then, a few years later, we always get another one. 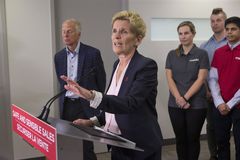 Ontario Liberals target ‘fiscal mistakes’ made by NDP as campaign heats up
May 21, 2018 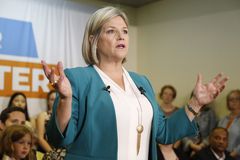 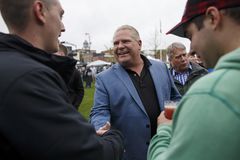