Adam Kassam is a Toronto-based physician who writes about health care and public policy.

The United States recently earned the unfortunate distinction of having the highest number of COVID-19 cases in the world, at more than 575,000. The true number of infected individuals, of course, is likely much higher given the lack of widespread and available testing.

But in that U.S. data, an alarming trend emerged: The coronavirus appeared to be disproportionately killing African-Americans. Last week, the Centers for Disease Control and Prevention (CDC) released a preliminary report suggesting that there were higher rates of hospital admissions and death among black Americans compared with other communities.

These revelations have intensified a nationwide conversation on the social determinants of health and the necessity to collect better data. The CDC report is far from comprehensive, which has led to presumptive Democratic nominee Joe Biden calling on the organization to be more transparent by releasing more information. Even U.S. President Donald Trump has expressed concern, and instructed his African-American Surgeon-General, Dr. Jerome Adams, to formulate a federal response to address the problem.

This discourse about diversity data and its impact on racialized communities in the U.S. stands in sharp relief against the Canadian experience. Last week, Dr. David Williams, Ontario’s Chief Medical Officer of Health, summarily dismissed calls for the collection of racial data. He asserts that statistics on race aren’t collected unless certain groups are found to have risk factors, and that “regardless of race, ethnic or other backgrounds, they’re all equally important to us.”

We have a problem in this country when Donald Trump sounds more progressive about racial disparities than our own public health officials. Imagine if our Chief Medical Officer of Health claimed that it wasn’t important to collect gender-based data? This would be a fireable offence. It is, therefore, inconceivable that this same official, in the country’s most diverse province, would willfully choose to effectively ignore the unique needs of the nearly four million visible minorities who call Ontario home.

This is the manifestation of structural and systemic biases that have been omnipresent within our medical community for generations. Canada’s poverty of diversity data has been an indefensible blind spot, both in terms of health care and in our educational institutions. It is the symptom of an insidious disease, whose current hallmark is a leadership that looks increasingly less like the communities which it serves.

How else could you explain the dearth of visible minorities in some of the top leadership roles in health care across Ontario? Public Health Ontario’s executive does not appear to include a single visible minority. A visible minority has never served as Ontario’s health minister. And because diversity data of this nature is not collected or made public, we don’t know how many deputy ministers of health, deans of medicine or chiefs of medical departments have represented diverse backgrounds.

In many ways, you only measure what you really care about. Ontario’s Chief Medical Officer has unfortunately made that very clear. Never mind that collecting race-based data wouldn’t be an onerous task; crucially, it is part of good science. Only by intentionally studying diverse populations have we learned that women experience certain health challenges, such as heart attacks, differently from men. In the same vein, disease has been shown to manifest differently for patients from different ethnic backgrounds. It is my belief that all people deserve to know the details of their lives and to know that their lives are worthy of study.

While we don’t know whether racial differences influence COVID-19′s effect on individuals, Canada should be invested in determining this definitively, instead of taking its cues from the World Health Organization.

Early reports from the U.S. have pointed to disadvantaged and marginalized groups – the poor, immigrant, black and brown communities – being more significantly affected, and this has prompted crucial scrutiny of the deep and enduring fault lines between the haves and have-nots. Yet we cannot have those conversations here, as we cannot know whether the U.S. data reflect Canada’s, even though just a border separates us.

In Canada, where we are quick to declare that diversity is our strength, we must now dispense with the empty platitudes and put our money where our mouth is. Our governments should openly commit to funding the collection and publication of diverse health data during and after this pandemic. Their explicit goal should be to create policy that improves the health care of all its citizens. What’s clear is that this ethos will only become a priority when our medical leadership more closely reflects the Canada of today. 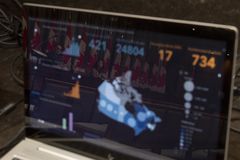 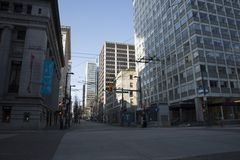