Alok Mukherjee is a distinguished visiting professor at Ryerson University, and the co-author of Excessive Force: Toronto’s Fight to Reform City Policing. He was chair of the Toronto Police Services Board from 2005 to 2015.

On Friday, Justice Michael Tulloch of the Ontario Court of Appeal released the results of his independent civilian review of the Ontario government’s regulation on police practice of street checks and carding. But four days earlier, the Ministry of Community Safety and Correctional Services preempted the judge by posting and responding to his report on its website in the afternoon of New Year’s Eve.

This was unusual. Governments typically wait for the independent reviewer to officially release their report to the public before commenting on it. And the accompanying statement from Minister Sylvia Jones, Ontario’s Minister of Community Services and Correctional Services – saying that the recommendations will “inform” her government’s work on police reform while the ministry is “taking time” to go through them – gave the government’s position on a report that the public had not yet seen.

Also unusual was the timing: late afternoon on the last day of the year, when very few people pay attention. Was the government being symbolically dismissive of an important piece of work by a distinguished judge on an issue that matters to so many people in the province?

Much like a police investigation, the answers lie in the clues and what the volume of evidence tells us. So let’s start with the facts.

Enduring criticism that its street-check regulations didn’t go far enough and had loopholes, the former Liberal government committed to an arm’s-length examination, appointing Justice Tulloch in June, 2017, to take on this task. His review involved more than a year of consultation with more than 2,000 stakeholders from across the province, including members of the public and the police, police professional organizations and academics, extensive international research, study of the history of street checks as a Canadian police practice and legal analysis.

The report’s key conclusion: Street checks have a social cost that far outweighs any benefits claimed by police representatives. This debunks the police position that information gathered from these random checks, conducted without any investigatory justification, has helped in criminal investigations.

Mr. Tulloch provides evidence-based validation for claims that street checks and carding disproportionately affected black, Indigenous, other racialized and poor people, the fourth such government report in as many months to support public criticisms of police treatment of these more vulnerable groups.

Gerry McNeilly, who produced one of those reports as the director of the Independent Police Review – a review of the Thunder Bay Police Service’s interactions with that city’s Indigenous community – observed to me that there was “convergence” between the Tulloch recommendations and his broader recommendations. ”Taken in conjunction, these can significantly improve public-police interactions across the province,” he said.

So it’s hard, based on these facts, to think that Ms. Jones’s statement will be the Ontario government’s full, substantive response. But what would that response look like, if her statement isn’t intended to be dismissive?

Of greater interest is Ms. Jones’s statement that the government would develop “legislation that works for our police and for the people of Ontario.” What would this balancing act mean for the new legislation, since the interests of the police and the most affected communities do not coincide on matters such as random checks and carding? Further, in referring to “the people of Ontario” broadly, what is being promised in terms of attending to the particular experiences and demands of those communities?

So again, we look to the evidence, and this government’s actions and pronouncements related to policing matters provide a context that cannot be ignored: Without exception, they have shown a tilt toward the police interest.

Following through on his campaign promise, Premier Doug Ford said that he would “respect the men and women of Ontario’s police services" in his government’s Throne Speech in July by “freeing them from onerous restrictions that treat those in uniform as subjects of suspicion and scorn” and giving them “the tools, support and resources they need to enforce the law."

These were not empty words. The government hit the pause button on Bill 175, the legislation passed by Kathleen Wynne’s government to strengthen police oversight that emerged from an earlier independent review by Justice Tulloch. It also decided that the additional resources promised in the bill will not continue when they expire on Mar. 31. And the decision to pull back on implementing Bill 175 was communicated only to the heads of the associations representing Ontario’s front line police officers.

So it is hard not to conclude that Justice Tulloch’s recommendations would be seen as adding to those “onerous restrictions” on a group whose perspective prevails in the Ford government. And that does not bode well for a public that expects policing to be accountable and clearly based on strict adherence to the rights that every Canadian is guaranteed under the law.

Hopefully, despite the volume of evidence, Ms. Jones stands by the spirit of her unusual statement: that her colleagues will be guided by evidence and independent analysis, not by partisan, ideological dogmatism. Public trust in policing demands it. 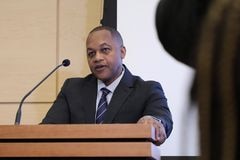 Globe editorial: It’s time to end police carding once and for all
January 3, 2019 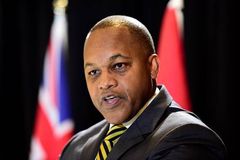 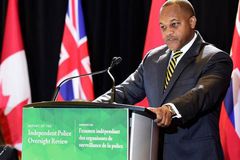