Naomi Alboim is the senior policy fellow at the Canada Excellence Research Chair in Migration and Integration at Ryerson University and was actively involved in the Indochinese and Syrian refugee movements. Karen Cohl is a consultant specializing in access to justice and immigration policy issues.

The planes are arriving. They are bringing to Canada people who fear retribution, oppression or death from the Taliban, now firmly in control of Afghanistan. These arrivals are part of the federal government’s commitment to resettle vulnerable Afghan nationals. Officials estimate this will include 6,000 people from within Afghanistan and 15,000 who have managed to flee the country. With minimal opportunities for people to make it safely to the Kabul airport, let alone get on a plane, and with borders to neighbouring countries closed, Canada may be hard pressed to reach these numbers quickly. The reality is that many Afghans are trapped in their landlocked country, unable to escape by land, sea or air.

The immediate priority must be to get vulnerable people out of Afghanistan, whether they are at risk for having helped the Canadian government or for their human rights advocacy. Women leaders are particularly vulnerable and urgently need help to exit the country. But this cannot be our sole focus. We must also create systems to help Afghan refugees to settle successfully in our communities. In this regard, there is much to learn from previous crises where Canada welcomed large numbers of refugees.

Although every refugee movement requires tailored solutions to address unique circumstances, Canada’s success with Indochinese refugees from Vietnam, Laos and Cambodia (after the fall of Saigon in 1975) and Syrian refugees (after the civil war began in 2011) is particularly instructive. An overarching lesson from these two movements is that the involvement of ordinary Canadians – in addition to governments, the private sector, and civil society organizations – can have a huge and positive impact.

One way that members of the public and civil society organizations make a difference is by being vocal about their support for a strong government response. In 2015, public outrage and concern helped to make Syrian refugees a federal election issue, garnering strong commitments from all political parties. An initial target of resettling 1,300 Syrian refugees, set by the Conservative government in 2013, became 25,000 after the Liberals came to power two years later.

Iconic photos of capsized boats and a young child who didn’t survive the journey were factors in galvanizing Canadian support in the past. Heart-wrenching images emerging from the Kabul airport could potentially have a similar effect. Canadians may feel especially motivated to help the two categories the federal government has prioritized: people who helped the Government of Canada, and those who fought for human rights and democracy, principles highly valued in Canada. These individuals and their extended families are clearly in grave danger.

While many potential refugees remain trapped in Afghanistan, those who fled to other countries before the Taliban took control are eligible for private sponsorship. The people being airlifted directly from Kabul and arriving in Canada as government assisted refugees could also benefit from being matched with groups interested in private sponsorship. This would give those refugees the benefit of the personal relationships, networks and cross-cultural connections that privately sponsored refugees typically enjoy.

For such approaches to work, authorization for sponsorship agreement holders to help Afghan refugees will need to be above and beyond any existing caps. And the lists of persons and families at risk being compiled by veterans, human rights groups, Afghan organizations, and family members in Canada should be consolidated to assist in the matching process. Private sponsorship would also be enhanced by creating a community organization modelled after Operation Lifeline and Lifeline Syria, which formed during the Indochinese and Syrian crises respectively to train sponsors and match them to refugees. Now is the time to create Lifeline Afghanistan with the leadership of Canadian Afghan organizations, like the Afghan Women’s Organization, working closely with other civil society organizations.

Another lesson from previous refugee movements is that Canada’s commitment must be long-term. The dangers abroad do not stop once Canada has reached its initial target for refugees, and the need for reunification with extended family members can take many years to resolve. Canada is still accepting Syrian refugees, although considerable frustration exists due to lengthy processing lags now that this movement is no longer a top priority.

Canada has responded to refugee crises before and we can do it again. We have the infrastructure on the ground, a robust settlement sector, an engaged Afghan community, and above all a Canadian public with a history of coming forward to do their part. We are in the middle of another federal election. It is time to speak up. 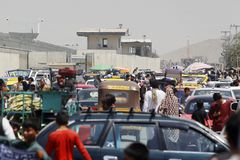 Opinion
For Canada, all that remains of the war in Afghanistan is the aftermath
August 20, 2021 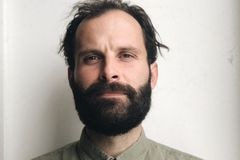 Opinion
Canada has betrayed the Canadians who were deployed to Afghanistan, and the Afghans we declared we were helping
August 22, 2021 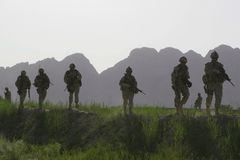