Erin O’Toole kicked off the final week of the election campaign with a personal attack on Justin Trudeau being out for just himself. The Conservative leader hadn’t lashed out quite so harshly to this point, perhaps because he didn’t want people peering into his own backyard at some of the self-serving policy contortions he made in his own political ascent.

Mr. O’Toole’s postdebate numbers saw his support declining. Hence the new emphasis on impugning Mr. Trudeau’s character combined with yet more hyperventilating on the election being a needless, selfish exercise.

Left unsaid is that the Trudeau minority, in running for almost two years, lasted longer than the average minority government in Canada.

Left unsaid is that in minority situations, incumbent governments routinely look for the most opportune moment to go to the polls to increase their standing. What Mr. Trudeau did was hardly abnormal.

But given the caveats, Mr. O’Toole has done a most effective job, maybe enough for him to win, in pigeonholing the Prime Minister. He’s vain. He’s a politician who puts winning first. “Whew!” many might sarcastically respond. “How’s that for a scandal?”

But indications are that it’s working.

Is the Tory platform the start of a new conservatism? In parts, though it’s not always clear that’s a good idea

The Conservative leader’s broken-record campaign raises the question however of what else he has to run on. Where’s the big signature policy? Can anyone name one? Has Mr. O’Toole put anything in the department store window that captures the public imagination? Or are voters to look at all the Trudeau bashing and channel Peggy Lee: “Is that all there is?”

If the vote is on issues, the Conservatives face tough odds. Three of the major issues in the campaign are the pandemic, climate change and child care. After a slow start in addressing the pandemic, the Trudeau government has received generally good marks. On vaccines, its position is stronger than that of Conservatives. On climate change, most experts agree that while the O’Toole plan has some merit, the Liberal one is more effective. The same goes for child care. The O’Toole pledge to replace child-care transfers with a tax credit falls leagues short in dollar value when compared to the Liberal plan.

The economy, another key issue, is customarily fertile ground for Conservatives. Jobs have almost returned to pre-pandemic levels, but Mr. O’Toole got a boost with Wednesday’s report showing that inflation rose 4.1 per cent in August from a year earlier, the highest jump since 2003.

Government spending is off the charts, but in addressing the pandemic, it’s been seen as necessary. Mr. O’Toole, casting himself as a more progressive-leaning Tory, is planning a deep-pockets government himself. His idea of doubling the Canada Workers Benefit is a fine one, as it would target poverty in an effective way.

To their credit, the Conservatives are more deficit-conscious, but it isn’t a top-of-mind issue for most Canadians just yet. Moreover, their plan to balance the budget without initial spending cuts is soft. It relies on surging economic growth and such tried and untrue methods as catching tax cheats.

For this to be a change election, it clearly helps if the opposition can argue that the country is in a deteriorating state. That’s a tough sell. While one can argue that it has little to do with Mr. Trudeau, the nation is not in bad condition. To have that view emphatically reinforced, Canadians need only look south.

Mr. O’Toole rails on about this election being in the middle of a fourth wave. He might point out that compared to previous waves, the fourth isn’t much of one. The death count is the most important statistic. Canada-wide it is only a small fraction of previous waves. In Ottawa, there has been one death from COVID-19 in the past two months.

Getting desperate, Mr. Trudeau has resorted to over-the-top attacks himself, the goal being to switch the ballot question from being a referendum on himself to a left-versus-right culture war.

But the Conservatives have more firepower, most notably in the print media. With their array of pundits at right-leaning Quebecor papers and conservative Postmedia, which includes the Trudeau-loathing Sun chain, conservatives far outnumber left-side voices, which are principally at The Star and its affiliates.

In what has become an intriguing campaign, the Liberals suffer for not having a big issue to call the election, the Conservatives suffer in not having a compelling issue to fight it.

With an attractive new blueprint for the country, Mr. O’Toole could be in a position to win big. Without one, he need hope the call to throw the bums out is sufficient.

Opinion
Indigenous appears 182 times in the Liberal platform, and 126 times in the Conservative’s. Will all that talk lead to action?
September 15, 2021 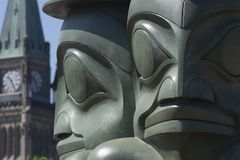 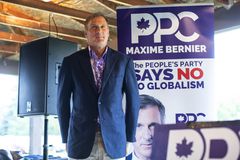 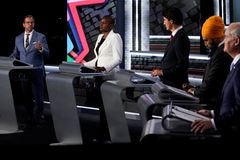