Jeannette Corbiere Lavell, Sharon McIvor and Dawn Lavell-Harvard
Contributed to The Globe and Mail
Published May 23, 2019 Updated May 23, 2019

It sounds too archaic to be true in 2019, but “Indian” women and “Indian” men are still not equal in Canada’s law.

The Indian Act defines who is an “Indian,” in the legislation’s anachronistic phrasing, and that definition has privileged men from the beginning. The early versions of the Indian Act defined an Indian as a male Indian, or his wife or child. From 1876 to 1985, there was a one-parent rule for transmitting status and that parent was male; in short, to be an Indian, a person had to be related by birth or marriage to a male Indian. There was also a discriminatory “marrying-out” rule: Indian women lost their status when they married a non-Indian, while Indian men who married out not only kept their status, but endowed it on their non-Indian wives.

In the early 1980s, when the Charter of Rights and Freedoms’ equality guarantees were on the horizon, the Government of Canada decided to reinstate the women who had married out – but rather than give them equality with men, Bill C-31 amended the Indian Act to create separate and unequal categories of status. All those (mostly male) Indians and their descendants who already had full status were placed in one category. Women whose status had been denied, or taken away because of marriage to a non-Indian, were placed in another category, with lesser rights. These “reinstatees” could transmit status to their children, but not to their grandchildren and beyond, as their male counterparts could. Despite further amendments in 2011 and 2017, the sex-based hierarchy, and the discrimination against the maternal line, remains.

This may seem technical. But First Nations women know from personal experience that the harms of this discrimination are extreme, and there is a lot at stake. Thousands of descendants of First Nations women are excluded from membership, statutory benefits, treaty payments, belonging, identity and decision-making about the future of their nations – simply because their First Nations ancestor is female, not male.

The second-class status that’s been assigned has demeaned these First Nations women. It has denied them the legitimacy and social standing associated with full status. The so-called “Bill C-31 women” have been treated as though they are not truly Indian, or “not Indian enough,” and so have their children.

In many communities, registration under this Indian Act subclass, through Section 6(1)(c), is like a scarlet letter; the women are branded as traitors for marrying out – a burden their male counterparts do not share.

Because of the stigma and alienation from the community it causes, sex discrimination in the Indian Act has been identified by both the United Nations and the Inter-American Commission on Human Rights as a root cause of the current crisis of violence against Indigenous women and girls. A month ago, the National Inquiry into Missing and Murdered Indigenous Women and Girls recommended an immediate end to sex discrimination in the Indian Act, acknowledging that violence can only be tackled if Indigenous women are treated as equal in dignity and rights.

There are many reasons for the Trudeau administration to end the Indian Act’s 143 years of sex discrimination before the election. It has made repeated public commitments to women’s equality, a new relationship with Indigenous peoples, and the rule of law; it must square those commitments with action.

And then there’s the fact that Canada is currently violating an international treaty. On Jan. 11, the United Nations Human Rights Committee ruled in favour of Sharon McIvor, who filed a petition challenging the sex discrimination in the Indian Act. The committee ruled that the sex-based hierarchy of status violates the rights of First Nations women to equal protection of the law and to equal enjoyment of culture – rights guaranteed by the International Covenant on Civil and Political Rights.

The committee noted that Canada has admitted the discrimination, demonstrated that it knows how to fix it – and simply has not done so.

Here’s how easily the sex discrimination can be eliminated: It only requires a cabinet decision to pass an order-in-council. Cabinet simply has to decide to bring into force the provisions that were included in the 2017 amendment at the insistence of the Senate. These provisions would finally entitle women and their descendants to full status on the same footing as their male counterparts, and at last remove the discrimination against the maternal line. They are not in force yet, but only a cabinet decision is needed to make them law. And that can be done before the election.

This is a crucial moment for First Nations women. We have been in this fight for decades, and we have used every legal instrument available to us. We have proven that we are entitled to equality. This government can deliver it, and has promised to do so. We’re waiting. 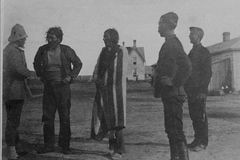 Pipeline protester chimes in on Trudeau’s Liberal fundraising speech in Vancouver
May 23, 2019 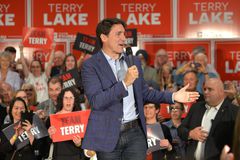