The move toward new drone regulations in Canada – recently announced by Transport Minister Marc Garneau – comes after years of consultation with industry stakeholders. Under the proposed rules, operators must register their drones with local authorities. This requirement will apply, regardless of the flight’s purpose, to drones weighing between 250 grams and 25 kilograms. Drone operators must also be Canadian citizens or permanent residents, abstain from consuming alcohol or drugs when flying a drone and, most notably, pass an online proficiency exam – which is hardly a real test of competence.

While the federal government is on the right path, it needs to do much more: An online quiz simply tests a potential operator’s theoretical ability – but is no indication of motor skills or mental capacity in actual drone proficiency. It would be like asking 16-year-olds to complete a driver’s test on the internet rather than at the local motor-vehicle office.

Ottawa’s requirements, though, are backed up by stiff penalties. For example, flying an unregistered drone can result in a $1,000 fine. So can manoeuvring the drone near airports, national parks and emergency sites. The fine climbs to $3,000 if public safety is threatened and $15,000 if a corporation – rather than an individual – is to blame. Jail time is also a possibility depending on the seriousness and frequency of the offense.

Ottawa’s heavy handedness is hardly surprising. If, as Mr. Garneau notes, “you put an object in the air, in the airspace of this country, you are in fact piloting it and if you cause an accident, that can have enormous repercussions.” Those repercussions were recently on display near Gatwick. Britain’s second-busiest airport came to a standstill after drone sightings forced the delay (and in some cases, cancellation) of hundreds of flights. The result? Thousands of stranded passengers and millions in lost revenue for the airport.

Canada isn’t immune from such events. In 2016, Canadian fighter jets were scrambled into the skies over Ottawa after commercial pilots reported seeing drones flying near the local airport. “Just to let you know, we just flew pretty close to a drone at 6,700 feet,” noted one WestJet pilot to air-traffic controllers. Other pilots flying in the vicinity also noticed the object. More recently, a drone was spotted in close proximity to a commercial jet, also approaching Ottawa. The Embraer 170 – a jet type that is popular with small, regional airlines – was preparing to land when the pilot noticed a drone 10 feet away. Local police were subsequently notified.

Such events have long worried air-safety regulators. A U.S. government-backed study found that in the event of a collision, drones can inflict more damage on an airplane than a bird does. This is because while birds are composed mostly of water, drones are made from stiffer materials, making them more dangerous.

How dangerous? A University of Dayton test found a one-kilogram drone could inflict severe damage on an airplane’s wing and compromise its underlying structures. And airplane manufacturers aren’t (as of yet) required to build jets that can withstand collisions with drones. No wonder Ottawa wants drones kept away from bystanders, away from airports and, as Transport Canada put it, “far away” from airplanes.

The new regulations are intended to do just that. By more tightly regulating what takes to the skies, who controls them and under what conditions, Ottawa hopes to avoid the type of travel chaos and public-safety threat that gripped Britain over the holiday season.

Ottawa’s announcement comes as drone sales are soaring. Revenue from the industry is expected to top over US$11-billion by 2020 as consumers increasingly see the technology as an affordable extension of existing mobile devices (who doesn’t want to take aerial pictures using a drone controlled by an iPhone!). Yet, while affordability spurs demand, it also can lead to problems, particularly when demand (and subsequent use) is concentrated near airports.

That’s something Ottawa is keen to avoid. Yet despite the government’s efforts, some have labelled the new rules too little too late. By one account, “rules are not enough, no matter how tough they are.” The proposed solution? Electronic countermeasures to stop ill-intent drone operators. Much like a fence that protects a home, so-called “geofencing” technology uses wireless jammers and shoot-out nets to incapacitate drones that pose a public safety threat. The idea has one flaw, however – it’s unlikely to be cheap. While exact estimates are hard to come by, Ottawa could (and should) offset these costs by raising the price of a drone-operator licence (it’s currently just $5).

But an equally effective measure would be raising the testing requirements for drone operators. Instead of a purely theoretical endeavour, let’s make it a practical test of competence. The move won’t sit well with drone manufacturers (or consumers for that matter). Regulation can – and often does – undermine profitability and impede sales. But when lives are at stake, caution – rather than sales reports – should rule. Accessing potentially-dangerous technology shouldn’t be quite so easy. 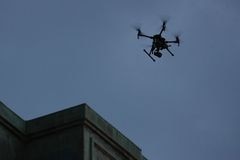 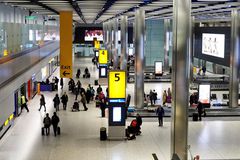 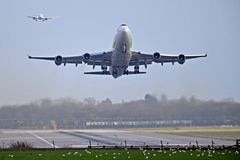