The pair have been faulted by the National Transportation Safety Board (NTSB) – a U.S.-government watchdog – for a near-accident last year. The pilots, working for Air Canada, were preparing to land in San Francisco when they got confused between the runway and the adjacent taxiway. They picked the latter and in doing so, nearly collided with four other airplanes. "We could not have gotten literally or figuratively any closer to having a major disaster,” one NTSB official noted.

Like most incidents, numerous underlying causes have been identified. The pilots were faulted for not complying with certain company procedures, which left them inadequately prepared to land the jet. The radio frequency used to communicate with controllers was also busy, making it hard for the pilots to "reconcile their confusion.” And then there’s fatigue. NTSB officials note that at the time of the incident, both pilots had been awake for more than 12 hours continuously. Thus, officials conclude, "the captain and the first officer were fatigued during the incident flight.”

The NTSB recommends that Canada revamp its air-safety laws, something local labour groups have long been pushing for. In a news release, the Air Canada Pilots Association – which represents more than 3,800 pilots – noted that the NTSB findings on fatigue "underscore the many years of urgent calls by Canada’s pilots for flight crew fatigue rules that are supported by science.” Their solution? Copy America’s "science-based” approach to managing fatigue on the flight deck.

We should do anything but. Here’s why.

Regulations governing pilot working hours are admittedly stricter in the U.S. compared to Canada. American carriers – both large and small – face more stringent caps on when, where and for how long pilots can work. This ultimately gives U.S. aviators more downtime compared to their Canadian counterparts. The problem? Fatigue-related incidents and accidents continue to occur, suggesting that U.S. regulations are ineffective.

For example, in 2009, an American crew flying between the Hawaiian Islands fell asleep halfway through the flight. Their plane, which was carrying 40 passengers, flew 21,000 feet above the intended landing spot of Hilo, Hawaii, and continued on for 40 kilometres over the Pacific Ocean before the pilots eventually woke up and changed course. Investigators later found that the crew had been given sufficient rest before flying (in fact, more than the amount required under U.S. law).

In a more tragic example, two pilots were killed in 2013 when their plane crashed into a hillside in Birmingham, Ala. The pair were attempting to land at a local airport. At the time of the accident, the airline was fully compliant with local air-safety laws. Moreover, federal investigators ruled that giving the crew more downtime before the accident would not have changed the outcome. The crash would still have occurred.

If U.S. regulations – regulations Canadian labour groups want to mimic – are based on sound science, why do fatigue-related incidents and accidents continue to occur? The answer is both simple and worrying. The underlying science isn’t so sound. For one thing, researchers cannot agree on what fatigue actually is. More importantly, there are few (if any) studies that show how fatigue affects a pilot’s flying ability. Do fatigued pilots have trouble communicating with air-traffic controllers? We don’t know. Are they more likely to slip up during takeoff? We don’t know. Do they hit the brakes too hard on landing? We don’t know.

This reality raises questions about the effectiveness of America’s approach to fatigue management – an approach that, by the way, doesn’t come cheap. Transport Canada estimates that bringing Canadian air safety laws into line with the Americans will cost local carriers more than $338-million over the next 15 years. That’s big bucks for an industry that has long struggled to turn a profit. In fact, were it not for low oil prices and "innovations” such as seat-selection fees, cancellation fees and baggage fees, airline balance sheets would still be in the red.

Turning a profit is an admittedly poor reason to ignore pilot fatigue. But legislative efforts to address it – and air safety more broadly – must be driven by the type of science that holds up to scrutiny. Ottawa should invest in cutting-edge research labs, equipment and people in ways that support forming and implementing evidence-based policies. Put another way, when it comes to tackling pilot fatigue, Canada shouldn’t strive to be like America. It should be better. 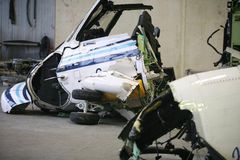