We need a new approach to managing Canada’s relationship with China. But coming up with a completely revised China policy – one that’s alive to our vulnerabilities as well as our interests – can appear daunting.

Still, there’s no reason why we can’t take a few first steps in the right direction.

Let’s begin by abandoning our current policy of “comprehensive engagement” – the notion that we should say yes to just about anything related to China. This leads us into the realms of fantasy, including the idea – pursued ardently by our globe-trotting parliamentarians – that it makes sense to stage annual consultations with China’s rubber-stamp legislature. Even more dubious is our commitment of $256-million over five years for the Beijing-based Asian Infrastructure Investment Bank, a pledge we made despite China’s obsession with shutting down the free flow of information that real investment banks require.

There are many smart reasons for engaging China, but flattering the leadership in Beijing isn’t one of them. Good ideas emerge from hard thinking about long-term Canadian interests. Even summoning the vision and courage to think strategically would mark a significant improvement over our current China policy, which appears to be conjured up from equal measures of wishful thinking and parliamentary politics.

Thinking strategically would require us to carefully ask why China is being so assertive, why it is building a blue-water navy and why it is militarizing rocks and shoals in the South China Sea. These are part of a patient and persistent Chinese effort to push the United States out of Asia and achieve regional dominance – and that is clearly not in Canada’s interest. The United States’s commitment to Asia has enabled regional balance and, with it, peace and rising prosperity. More to the point, a China-dominated Asia would hardly be friendly to Canadian values and ideas.

Getting China right requires us to get Asia right. That’s a challenge in itself, because Asia, apart from China, is still something of an afterthought for Canadian policy-makers. But greater regional engagement is clearly in our interest, enabling us, among other things, to diversify our exports as a hedge against economic blackmail by China.

We should start with a long-overdue reassessment of our relationship with Taiwan. Reclaiming the island is at the heart of China’s efforts to achieve regional dominance. And persuading countries, including Canada, to avoid Taiwan is central to the plan. Although we need to tread carefully, we can do a lot more with the island – everything from increased economic cooperation to encouraging links between our respective indigenous communities – than our overly timid interpretation of the One China policy allows. This would connect Canada to a vibrant democracy that shares many of our values, and contribute some pushback against China’s campaign for regional hegemony.

We also need to move from talking about human rights in China to actually doing something about them. We normally count on the United Nations to address major human-rights abuses, but the UN, anxious to avoid offending Beijing, has been silent in the face of the government’s mass detention of Uyghurs and its brutal assault on their religion, language and culture.

Why not offer generous funding to support the preservation of Uyghur language and culture? We could do the same for China’s beleaguered Tibetans. Canada’s commitment would be a welcome signal to both communities that they haven’t been forgotten.

A successful China policy requires investment at home, too. We need to put more money into domestic security, enabling us to combat Chinese interference more effectively. And we shouldn’t be afraid to name and shame perpetrators when we discover examples of meddling; Beijing won’t like it, but it will also probably tone down its more egregious activities.

Finally, we urgently need to invest in China competence in Ottawa, where the commodity is alarmingly scarce. Future leaders in key departments, in the security agencies and in the Canadian Forces need to be far more aware of how China works and how it thinks. This isn’t about agreeing with China, but about understanding it – something that we’re having a hard time doing at present. To do so, Ottawa should create a special “China School” that not only offers language training but also exposes top people across government to the best thinking on China’s politics, economics and security issues.

We’ve already been buffeted by the reverberations from China’s rise. We can expect even more turbulence. It’s time to launch a serious Canadian response.

Opinion
Instead of playing defence against Huawei, Washington must make it a ‘frenemy’
June 18, 2019 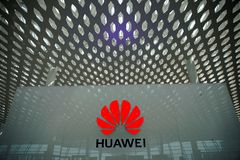 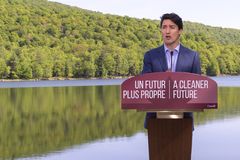