Ruth Dreifuss is the former president of Switzerland and chair of the Global Commission on Drug Policy. Richard Elliott is executive director of the Canadian HIV/AIDS Legal Network

Last month, Canada secured the adoption of the first-ever resolution on addressing stigma against people who use drugs at the UN Commission on Narcotic Drugs. Such a laudable achievement also invites this question: Why does Canada continue to criminalize people for personal drug use, a clear manifestation of state-sponsored stigma?

There are signs of a welcome shift. The federal New Democratic Party has recently adopted a resolution declaring the party’s support for decriminalizing all personal drug use and possession. The federal Liberal Party has before it a draft resolution, to be debated at its national convention this week, which similarly proposes decriminalization (although the proposal only goes partway, as it still contemplates administrative sanctions as punishment for personal use). It should adopt that resolution.

But doesn’t decriminalization tell people that it is fine to use drugs? This common question implies a moral judgment of drugs and ignores the many reasons people may have for consuming them. This prevents us from developing effective responses to drug use. It makes sense, for reasons of public health, human rights and fiscal responsibility, to take a less punitive approach to drugs. But none of these arguments for a better, more humane response imply encouraging or condoning drug use. In fact, it is precisely because these substances, whether legal or illegal, can sometimes cause harm that we need to abandon approaches that have demonstrably compounded, rather than reduced, those harms.

That is the key word here: harm.

The aim of drug policy should not be to impose an unwarranted moral judgment on drug use, but rather to provide the most effective response to the presence of drugs in society: one that recognizes the universal impulse that has led people throughout history and across cultures to use mind-altering substances for various reasons, and therefore seeks to prevent or reduce as much as possible the potential harms associated with such consumption.

Prohibition and repression evidently fail by this measure. Punitive policies have not only been unable to prevent an increase in drug supply and demand, they have created additional harms, including the violence that too often marks illegal markets, adulterated and more potent (and sometimes fatal) substances, over-incarceration (often with a disproportionate impact on racialized people), and public health concerns such as fuelling the spread of HIV and hepatitis C. The opioid-driven overdose epidemic in Canada, which accounted for an estimated 4,000 deaths in 2017, underscores the urgency of burying misconceptions and instead relying on evidence to reform counterproductive drug policies.

Harm-reduction measures and treatment options are well-known and should be made more widely available and easily accessible. But another essential step to ensure the efficient deployment of these measures is to remove all criminal and civil penalties for personal drug use.

The risks associated with drug use (fatal overdoses, HIV and hepatitis transmission, dependence) and the harms resulting from criminalization (restricted access to health services, prison, criminal record, loss of employment, housing and custody of children, violence, abuse) cannot meaningfully be reduced unless we end the stigma and discrimination against people who use drugs and the constant threat of legal coercion and punishment they face.

For those who fear the impact of decriminalization, we ask that they study the evidence. Portugal, which has decriminalized possession of all drugs for personal consumption and invested funds instead in health and social services, has not seen a notable increase in consumption or an upward swing in problematic drug use. What it has seen is a drastic drop in overdoses, prison populations, HIV transmission rates and petty crime associated with drug use.

By calling for the decriminalization of possession of drugs for personal use, we are not encouraging drug use. Rather, we wish to end the stigmatization of members of our communities, promote public safety and health, and save lives. 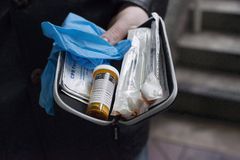 Opinion
Why stop with pot? Let’s decriminalize all drugs
April 10, 2017

Opinion
Why Canada is no longer a leader in global drug policy
February 27, 2015 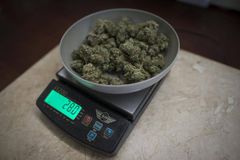