Cindy Blackstock is the executive director of the First Nations Child and Family Caring Society of Canada. She is also a professor at the school of social work at McGill University.

Last week, the Canadian Human Rights Tribunal ordered the federal government to pay maximum compensation of up to $40,000 to First Nations children on reserves and in Yukon who were unnecessarily taken into care since Jan. 1, 2006. The tribunal concluded that Canada willfully and recklessly discriminated against tens of thousands of First Nations children contributing to their unnecessary removal from their families and, in some tragic cases, their deaths.

The federal government’s failure to reform itself is a key reason why unnecessary removals and deaths of children have persisted, from residential schools to the Sixties Scoop to the present day. Courageous survivors speak up, sue the government, win and then Canada pays a settlement and apologizes but continues its egregious behaviour.

I have been thinking about lawyer Samuel Hume Blake’s response to 1907 revelations by Dr. Peter Henderson Bryce that the federal government’s inequitable provision of health care to “Indians” was linked to Indigenous children dying unnecessarily in residential schools at a rate of 25 per cent a year. Dr. Bryce called on the federal government to equalize the funding and Mr. Blake noted “in that Canada obviates the preventable causes of death, it brings itself into unpleasant nearness with manslaughter.” That was 112 years ago, and yet, when talking about current issues for First Nations children, too many federal public statements use phrases like “first steps,” “making progress” and “committed to change.” These are little kids and they deserve to be treated fairly now – not 100 years from now.

Canada’s inertia in addressing the public-service inequalities depends on the rest of the Canadian population being unaware of the federal government’s inequitable provision of public services or not appreciating the gravity of the harms these inequalities cause children.

I filed and received an access-to-information request recently where federal government documents show how Department of Indigenous Services officials acknowledged the validity of a social-media critique of departmental actions and were wondering how to respond. After significant back-and-forth, the question was settled with this statement: “[I]f the allegations are valid from the external point of view, we should stay silent.”

Silence is apparently the strategy the Prime Minister and Leader of the Opposition chose to adopt in response to the tribunal’s findings. There were no posts on social media, not even a tweet.

Politicians and government departments remain silent because they want the Canadian public to look away. They don’t want us to see the government’s discrimination, and for the most part, their strategy has worked. When the deaths of children or the overrepresentation of First Nations children became too obvious to ignore, the government points the finger at the “broken system.”

In 1911, Dr. Bryce wrote a letter to the Minister of Indian Affairs regarding the refusal of Duncan Campbell Scott, the top public official on the residential school file, to take action to save the children’s lives: “In this particular matter, he [Scott] is counting upon the ignorance and indifference of the public to the fate of the Indians; but with the awakening of the health conscience of the people, we are now seeing on every hand, I feel certain that serious trouble will come out of departmental inertia and I am not personally disposed to have any blame fall upon me.” That was 108 years ago, and while some such as Dr. Bryce and Mr. Blake spoke up for the children, most of us didn’t.

Greater numbers of Canadians are beginning to see the overwhelming evidence of federal government discrimination against First Nations children and are demanding action. A key solution is the Spirit Bear Plan. This twofold plan includes an independent 360-degree evaluation of the Department of Indigenous Services to find why it does not do better when it knows better and asks the Parliamentary Budget Officer to cost out all the inequalities in public services to First Nations children, so a comprehensive plan can be implemented to end them all. The Spirit Bear plan was approved by First Nations leaders in 2017 but Canada has refused to adopt it.

Enough is enough. After 112 years, Canada’s piecemeal approach to equity is a proven failure. Now is the time for a comprehensive plan. 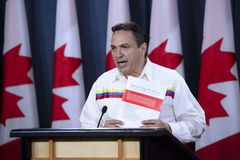 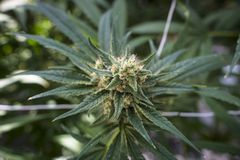 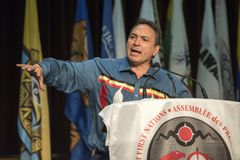