There are many reasons – some good ones, even – why Canadian leaders can continue to pretend that an egregious, oppressive, discriminatory law is not being enforced in our country today. That people are not being denied jobs as teachers, police officers, judges or Crown prosecutors because of who they are and what they wear out of faith.

When asked, and only when asked, Prime Minister Justin Trudeau will say he does not agree with Quebec’s secularism law, which prohibits those in certain public sector jobs from wearing religious symbols. The law has already forced some young Quebeckers to leave their home province so that they may pursue their chosen careers without abandoning practices of their faith.

In a decision earlier this month, three Quebec Court of Appeal judges noted that the law is currently causing harm to Quebeckers who wear religious symbols. But with the exception of Manitoba Premier Brian Pallister, who has spoken out repeatedly and unabashedly against the law known as Bill 21, most Canadian leaders, particularly at the federal level, are content to pretend that harm doesn’t exist.

Their silence is cushioned by a handful of well-worn excuses: foremost of them, the idea that it’s no one else’s business. Bill 21 is characterized as a provincial matter only, and as such, the rest of Canada should not be getting involved.

That defence is limited, however, by the reality that the federal government intervenes in provincial matters all the time, and for issues far less significant than a flagrant example of state-sponsored discrimination. Jurisdiction didn’t stop Mr. Trudeau from expressing his support for those facing persecution abroad when he infamously tweeted: “Canadians will welcome you, regardless of your faith” to refugees back in 2017. But the Prime Minister lacks the same impulse to tweet, or speak at all, really, about those who are currently facing persecution at home.

Another excuse for Ottawa’s inertia is rooted in the notion that Quebec views itself as a distinct society within Canada, where the province’s fraught history with the Catholic Church somehow confers licence for its government to now suppress religious freedom. By this view, religion threatens to erode secular francophone identity, and thus, Quebec law should be permitted to keep religion out of the public sector. In practice, however, Bill 21 manifests less as “separation of church and state” than mandatory secularism, imposed by the state.

But as long as a clear majority of Quebeckers believe the law is just (which they do, according to polling) federal leaders have yet another reason to ignore a policy that would be deemed intolerable if adopted abroad. Majority opinion matters in provinces that decide federal election results, even if majority opinion is a lousy test for measuring the virtue and fairness of a law. Indeed, the whole reason why we have human-rights legislation is because we know the majority can’t always be trusted to protect minority welfare.

For those still unconvinced, another excuse for Ottawa’s apathy: the claim that speaking out against Bill 21 will only entrench feelings nationalism within Quebec and stoke continuing regional divisions across Canada. And that is, to be fair, a legitimate concern, but it’s not one significant enough to justify complacency in the face of continuing oppression.

In fact, it would set a terrible precedent if we stopped calling out discrimination because we feared it would entrench certain beliefs, particularly when that discrimination so directly affects the lives of minority populations. So while it’s true that a strong stance from the federal government might entrench feelings of nationalism within Quebec, saying nothing sends a far more sinister message about Ottawa’s support for vulnerable groups to the rest of Canada.

In an ideal scenario, where structural discrimination was not shrugged off because of the province in which it occurs, federal leaders would be falling over themselves to express support for those whose lives have been derailed. Leadership would have a moral component, an expectation that those in powerful positions would use their pulpits to call out discrimination and injustice, instead of merely a mandate to draft laws and enact policy.

In reality, Ottawa gets to pretend, for a myriad of reasons, that a disgraceful, oppressive policy is not being carried out on its watch. That a law that forces Canadians to choose between faith and career is not causing harm, right now, in Quebec, with the excuse that it’s already before the courts and thus, there’s not much else Mr. Trudeau can do. But court proceedings don’t generally render prime ministers mute, and moral leadership is supposed to be part of the governing mandate. If ever Ottawa decides to abdicate its position of moral cowardice on Quebec, it should look into this “leadership” thing instead.

In Quebec, being a nationalist is a positive, not a negative
December 20, 2019 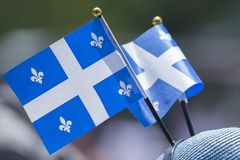 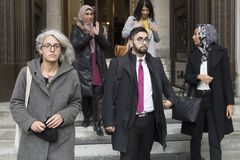 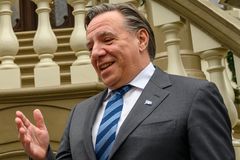