Dr. Nigel Rawson is a pharmaceutical policy researcher and senior fellow at the Fraser Institute.

Health Canada is fundamentally changing how prescription drugs are priced in Canada. The new rules, released on Friday, focus exclusively on cost-containment in an effort to make drugs more affordable for some patients, but ignore the concerns of other patients, the pharmaceutical industry and others about the impact on drug access and innovation.

First, the little-known federal Patented Medicine Prices Review Board (PMPRB) currently uses drug prices in seven other countries (including the United States and Switzerland, which have high drug prices) to help set prices for drugs new to Canada.

Under the new regulations, six different countries (Australia, Belgium, Japan, the Netherlands, Norway and Spain) will replace the United States and Switzerland in Canada’s price-setting process. But here’s the problem. All the new countries have tight pricing controls, which means their drug prices are relatively low. Lower prices generally lead to fewer newer drugs introduced in those countries, as drug companies prefer to launch new products in countries with relatively higher prices. Not surprisingly, four of the six countries have lower rates of new drug launches than Canada. In other words, once the PMPRB starts setting Canadian drug prices based on prices in the six new comparator countries, Canadians can expect to see fewer new medications launched here.

The second and perhaps most fundamental change is that the “value” of each new drug will be assessed by the government using the same “cost-effectiveness analyses” currently used by the Canadian Agency for Drugs and Technologies in Health (CADTH), which makes reimbursement recommendations to public drug plans in Canada. CADTH frequently recommends substantial price reductions of 50 per cent to 80 per cent – in some cases, more. Now, CADTH’s recommendations will likely be used to set the prices of all drugs in Canada.

Again, this is bad news for Canadians. Forcing manufacturers of high-cost drugs to reduce their prices by 50 per cent to 80 per cent is unsustainable. A company’s sustainability depends on its ability to maintain profitability that’s attractive to investors who rely on the company’s capacity to generate and commercialize innovation. Mandating lower prices will likely spur pharmaceutical manufacturers to a) not sell their drug in Canada or b) reduce their investment in research and development if countries are no longer willing to pay for innovation via drug prices.

The number of new and expensive drugs approved in Canada since 2000 has increased dramatically. Many of these innovative drugs offer the opportunity for Canadians to live longer and higher-quality lives, particularly for people with rare disorders. The PMPRB changes will result in fewer of these beneficial products being launched in Canada.

For example, with new drugs Kalydeco (approved in 2013) and Orkambi (approved in 2016), people with cystic fibrosis (caused by specific genetic mutations) live longer, healthier lives, instead of waiting for lung transplants or dying prematurely. Similarly, children with spinal muscular atrophy, which leads to muscle wasting and the inability to breathe or eat, can live longer, fuller lives if given a new high-cost drug called Spinraza, which was approved in 2017. Finally, another new costly drug (Orfadin, approved in 2016) helps reduce the effects and suffering associated with hypophosphatasia, a rare genetic disorder that causes abnormal development of bones and teeth leading to skeletal deformities.

While the new federal regulations may make drugs more affordable for some patients, they will certainly make Canada a less attractive place for pharmaceutical manufacturers to launch new, innovative and potentially life-saving drugs. These changes will delay or deny Canadians access to new therapies that alleviate suffering, prevent premature death and/or significantly improve our quality of life. 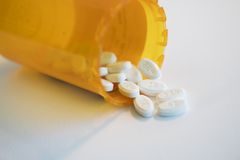 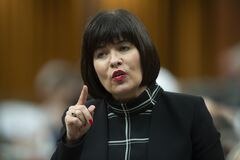