Kevin Krausert is the president and chief executive officer of Beaver Drilling, co-founder of the Avatar Program, and the drilling rig executive chair of the Canadian Association of Oilwell Drilling Contractors.

Like many concerned Canadians in this time of unprecedented disruption, I’ve been thinking often of my grandparents, who lived through a Great Depression and a world war.

My grandfather was the son of a German immigrant whose greatest regret in life was that he was not allowed to fight for the Canadian army. Instead, he went to the only other career choice available: He became a roughneck on the back-breaking steam rigs of Alberta’s nascent oil industry in Turner Valley at the age of 15.

Like the many hard-working Canadians affected today by COVID-19, from airline workers in Dorval, Que., to restaurant employees in Burnaby, B.C., his job prospects then were thrown into serious doubt by a world run amok and its uncertain future.

Canada’s energy industry has been among the hardest hit. Several prominent energy firms have been pushed into court-appointed creditor protection this month. In March alone, close to 120,000 more Albertans lost jobs; the numbers for April will be much worse.

With time running out on a solution, Prime Minister Justin Trudeau announced a $1.7-billion injection into orphan well cleanup projects on Friday, with another $750-million laid out for methane reductions along with increased financial support from Export Development Canada and the Business Development Bank of Canada for medium-sized energy firms.

Together, these represent a good start – an important first step in putting affected workers in the sector back to work, reducing Canada’s greenhouse gas emissions and providing much-needed financial support for energy firms to survive COVID-19 to build a new energy future. But there is much more to be done.

The pandemic has merely accelerated the disruption that was already occurring in Canada’s oil and gas sector. With climate change becoming a significant issue, we’ve long needed a new vision and a plan for the future of energy in Canada – one in which oil and gas are part of the solution, rather than part of the problem.

There is an opportunity today to transition much of the oil and gas industry’s infrastructure and people to new business lines that will allow Canada’s energy firms to contribute to a lower-carbon world. Geothermal energy provides an opportunity to have Canada’s leading drillers and equipment deliver reliable – and renewable – zero-carbon energy.

Secondly, hydrogen, one of the most energetic molecules in nature, can provide a zero-carbon energy source that can be unlocked with oil and gas technology. These are but two examples of how the skills and technology we have today can provide Canadians with a new energy future.

I know there is skepticism that the oil and gas industry can change and adapt. But I know that it can be done. After all, we’ve done it in my own company.

More than two years ago, we realized the drilling industry needed to change. So we worked with Jen Zieglgansberger and the Haskayne School of Business at the University of Calgary, and founded the Avatar Program. We placed 16 roughnecks in a two-year training program designed to build and foster the skill sets needed to build new business models that would allow us to adapt to a changing and decarbonizing energy industry. The key was that we put the workers in charge of the change.

The roughnecks themselves were nervous when we started; a drilling rig was where they were comfortable, not a university classroom. But moments after they started, something remarkable happened. They realized that with the courage to try something different and believe in themselves, they could find new business opportunities, implement new technology and become the front-line supersoldiers of a new energy future.

This type of radical front-line empowerment is what is needed as the next step in the COVID-19 response. We need to pivot Canada’s energy sector and provide a stable future for thousands of oil service employees and their families. And these workers are an integral part of leading that change.

However, none of this is possible without collaboration with our postsecondary institutions and support from Ottawa, Victoria, Edmonton and Regina. Financial support is needed to help companies pivot if they can. The choices facing the employees in the industries most affected by COVID-19 shouldn’t be as stark as the one faced by my grandfather: a deadly global conflict, or a dangerous job.

It’s time to leave the tired battles regarding energy and the environment in the past. Let’s have the courage to articulate the new reality of energy in Canada, so the grandchildren of Canada can benefit from our struggles, determination and vision. There is a new energy future. Let’s go build it.​ 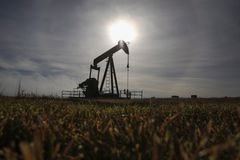 Oil lobby asks for a carbon-tax freeze and a delay on new climate regulations during pandemic crisis
Subscriber content
April 17, 2020 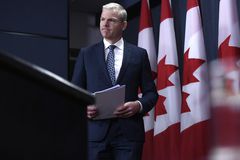 Will it be a quick or lengthy economic rebound? Charting the possible shape of a challenging recovery
Subscriber content
April 18, 2020 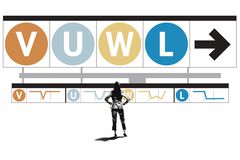 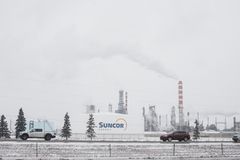