Perhaps the giddiest part of a Throne Speech that seemed at several points to be high on intoxicants was that bit about how Canada was poised to become a world leader in the production of electric batteries, on the unassailable grounds that “Canada has the resources” from which electric batteries are made.

It’s a theme the government, and particularly Industry Minister Navdeep Bains, has been pushing with some regularity. Canada is “rich in key ingredients like lithium, graphite, nickel, cobalt and aluminum,” he told the Toronto Star’s Tonda MacCharles in a prespeech interview. All these resources lying about, just waiting to be converted into world-leading electric batteries – it’s a wonder no one’s thought of this before.

After all, the metals have been in the ground since the Earth was young. Electric batteries, for their part, have been around for nearly 200 years. Yet somehow, it never occurred to anyone to make batteries in Canada – Land of Lithium! Colossus of Cobalt! – until now. Could it be that decisions on where to locate complex manufacturing processes are based on more than just “where the stuff is in the ground”?

It turns out you can ship the stuff from one place to another. So you can make batteries in places that have no large mineral deposits, such as Japan or South Korea, if it makes sense on other grounds.

Should Canadian firms get into the same business? Should Canadian producers of nickel and copper, which now ship most of their output abroad, divert these shipments to Canadian battery manufacturers? Should the makers of products that use these batteries, such as electric vehicles, also locate their factories in Canada?

These would seem to be decisions that each of these companies is well placed to make on its own. (And no, the fact that battery-making is “further up the value-added chain” does not clinch the case; the desire to be so situated, rather as one might aspire to live in a certain neighbourhood, is more an aesthetic preference than an economic one.) If they are not piling into the battery business now, chances are they have a very good reason – for example, the competition they would face from companies around the world, with deeper pockets and several years head start in the business.

But Mr. Bains, like the government of which he is a part, thinks he knows better. So much so that Ottawa has already committed something on the order of $250-million to retooling a single Ford plant for electric-vehicle production, with the promise of much more to come. Because, you see, the minister has a hunch.

“It’s about saying, what do we have in Canada that puts us on a unique footing relative to other jurisdictions,” he mused to The Globe and Mail’s Adam Radwanski. His thought process appears to be roughly as follows: We already make cars here, plus we have all those “ingredients.” Ergo: electric vehicles! Powered by electric batteries!

The case for making these in Canada would seem to be both so obvious as to require no further elaboration and so opaque as to require heavy government intervention. The best argument Mr. Bains can make is that the federal money (and provincial, Ontario’s Progressive Conservatives being every bit as convinced of their superior investment wisdom) is in support of investments that would have been made anyway.

But that would be to admit the public money is merely a replacement for private capital – a gift, in other words. On the other hand, he can’t very well admit to subsidizing projects that private investors would not touch on their own. So instead, the argument falls carefully in between the two: The investment is neither economic (and thus in no need of subsidy) nor uneconomic (thus undeserving of it), but is simply, and vaguely, “a risk.” Which practically begs the feds to intervene – to “derisk” the project, as Mr. Bains likes to put it.

But of course the money doesn’t derisk anything. The risk of any project exists, independent of how it is financed. Will consumers really take to electric cars in significantly greater numbers than their current minuscule market share? Will Ford and other Detroit auto manufacturers be any better at making electric vehicles than they were at making their internal-combustion predecessors? If so, will they make them in Canada?

Subsidy doesn’t remove these risks; it simply transfers them from the private sector to the public. Are other countries subsidizing electric-vehicle production, each in competition with the rest? Of course. How that makes the case for, rather than against, Canada getting into the same losing game is a mystery – unless you take it as a given that Canada must be in the industry.

But then, you are not even stating an aesthetic preference, but a theological one. 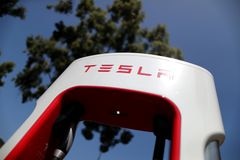 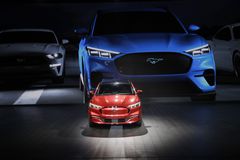