John Ibbitson is Writer at Large at The Globe and Mail. Darrell Bricker is Global CEO of Ipsos Public Affairs. They are the authors of Empty Planet: The Shock of Global Population Decline

The UN’s Population Division projects that by 2100 there will be 10.9 billion of us, up from 7.7 billion today.

But only two years ago, the Population Division was estimating a population of 11.2 billion by the end of the century. Over the past two years, 300 million future citizens of the world have gone poof!

And there could be more disappearances to come. “There is roughly a 27 per cent chance that the world’s population could stabilize or even begin to decrease some time before 2100,” World Population Prospects 2019 states.

The shape of our future hinges on how many of us there will be. Growing populations increase the strain on the environment and contribute to global warming. But in more than two dozen countries, populations are decreasing, make it harder to generate economic growth and to finance social services for older citizens. Japan lost almost 450,000 people last year.

In Empty Planet: the Shock of Global Population Decline, we laid out the arguments put forward by dissident demographers, such as Wolfgang Lutz and Hans Rosling.

Accelerating urbanization – which empowers women through education, weakens the power of religion and clan, and makes children a financial burden – is causing fertility rates to plummet in many developing countries. Some demographers believe that the human population could peak somewhere around nine billion by mid-century, then start to decline.

The Population Division’s downward revision of its own projections offers a first, tentative acknowledgment of this possible alternative future.

Even so, there are plenty of predictions in the United Nations report that have us scratching our heads.

The UN predicts that over the course of this century, fertility rates will increase in low-fertility countries from China and Japan and South Korea to Poland and Greece and Spain. Why? Because polling data shows people in developed countries believe, on average, that two children are ideal.

“The trend in many countries toward gender equality and women’s empowerment,” along with improved access to reproductive health services, means “it may become possible for more women and couples … to achieve their desired family size,” the report concludes.

But the empowerment of women has led to declines in fertility, not increases. In some developed countries, such as South Korea, the fertility rate has plunged below 1.0 – that’s one full baby below the 2.1 children per woman needed to keep a population stable. And the low-fertility trap, as it’s called, ensures that once people get used to low levels of fertility, well, they get used to it.

Senior officials in Croatia, Montenegro and Serbia, have told us they were amazed that the UN predicted the region’s fertility rate was expected to increase, even as they grappled with the urgent problem of ever-fewer babies and out-migration.

Third, the United Nations expects fertility rates to decline slowly in Africa throughout the course of the century. And it is certainly true that this troubled part of the world combines poverty, instability and millions of women who lack autonomy over their bodies and their lives.

But the situation is far from static. In Kenya, for example, girls now make up almost half of those sitting for both the primary and secondary school graduation exams.

Whenever girls receive an education, they take greater control over their lives as women. And yet the UN projections do not have Kenya’s fertility rate dropping below replacement rate until late in this century.

One key element of the UN’s projections depends on a variable known as population momentum. By this theory, there are already so many women and girls in the world, that even if they all limit themselves to only two children, on average, humanity’s numbers will continue to increase.

But if, as the Gates Foundation study suggests, fertility rates are lower in many countries than the UN projects, and if, as country-specific evidence also suggests, millennial women in some countries are having only one baby on average, that momentum could stall much more quickly than the UN predicts.

The health of our air, land and water, the pressure to migrate, how much to spend on schools versus palliative care – such vital calculations depend on knowing how many of us there will be. The United Nations has finally acknowledged there might not be as many as it once predicted.

As the years pass, expect them to conclude there will be fewer still.

Opinion
The headwinds against refugees are powerful – but Canada must march on
June 22, 2019 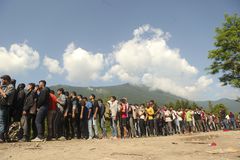 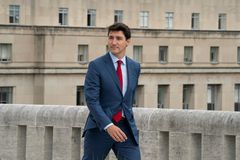 Follow John Ibbitson,  on Twitter @JohnIbbitson
Report an error
Due to technical reasons, we have temporarily removed commenting from our articles. We hope to have this fixed soon. Thank you for your patience. If you are looking to give feedback on our new site, please send it along to feedback@globeandmail.com. If you want to write a letter to the editor, please forward to letters@globeandmail.com.
Comments