Lauren Dobson-Hughes is a consultant specializing in gender equality and health.

With the release of alarming projections, provincial governments are bringing in increased restrictions to address coronavirus spread, including sweeping new lockdown rules coming into place in Toronto and Peel Region. But let’s be clear – these measures are an admission of failure. With the exception of the Atlantic provinces, provincial governments have failed to keep community transmission low, and failed to act early and decisively to tackle the rising numbers we’ve seen since September.

In the early days of the pandemic, we were reeling. We didn’t know how to handle this virus, so we locked down, not just to avoid swamping health systems but, crucially, to buy provincial leaders – politicians and senior public-health officials – time to develop a plan.

Buying our leaders time came at great expense, to mental health, jobs and children’s education. To livelihoods and to life dreams. But leaders took our sacrifice and squandered it. And did so in entirely pedestrian, predictable ways.

Across the country, governments failed to invest enough resources in test, trace and isolate systems. In most provinces, they did not make timely investments in school ventilation or hire more teachers, or prepare the restaurant industry for prolonged winter closing, or shut down workplaces that exposed minimum-wage workers to infection, or hire more long-term care home workers. They issued conflicting, byzantine communications to individual people that boiled down to ‘don’t do any activities unless you’re paying a private company to host them’.

Provincial governments did not come up with compassionate policies that addressed structural barriers to people staying safe. They came up with “personal responsibility,” telling citizens to knock it off or they’ll turn the car around right now. The only realm of life governments seemed willing to regulate was our social lives. It does no good being scolded to stay home if you live in a tiny, cold apartment and have to take public transit to your low-paid, unsafe workplace because you need the income.

We knew in the spring that the coronavirus exacerbates existing inequalities. We knew Black, Indigenous and people of colour were disproportionately affected by not just COVID-19, but secondary effects such as food insecurity, school closings and poor mental health. We knew long-term care homes incubated deadly outbreaks, especially those run by for-profit companies, and that scenes in care homes were so bad, Canadian soldiers needed counselling after working there. We knew industrial workplaces staffed primarily by immigrant populations earning minimum wage were under-inspected and exploitative. We knew the lack of childcare set back women’s economic participation to 1980s levels. We knew all of this. And our leaders did virtually nothing about it. Now we’re watching it unfold again.

And now to schools. Groundhog Day again. Maybe they will close, maybe they won’t. I don’t say this because I’m blasé, but because protest feels futile and I’m tired. So tired. Once again, it will be mainly mothers who bear the brunt. Many parents break out in cold sweat at the thought of going through that again. I will note that of the 10 provincial premiers, all are men and only two have school-aged children. Absent a broader plan, closing schools seems like a knee-jerk response because governments aren’t willing to lead, and so parents and children suffer because education isn’t an immediately economically productive activity.

More than anything, where we are right now represents a shattering of trust. Trust in politicians and senior officials to have done the right thing. To have risen to the challenge in front of them with courage and a plan. Instead, most leaders simply dusted off their old playbooks and gave us the most mediocre, dragged-to-it-kicking-and-screaming, too-late-to-be-effective efforts. I feel crushing disappointment in my bones that it’s turned out this way.

We were not supposed to get to this point. While nobody could predict the exact path of this disease, a large second wave in the fall was one of the likeliest scenarios. It was something governments should have spent those precious months both preventing and planning for. We know that the steeper the exponential growth of the coronavirus and the longer it goes unchecked, the harder the path is back. It takes enormous cost and effort to put the toothpaste back in the tube. I’m no epidemiologist, but every scenario now seems to involve, once again, sacrifice on the part of those who can afford it least, because our leaders have forced us into this corner again.

There is hope in the form of vaccines on the horizon. But the broken trust is permanent. This was a once-in-a-lifetime chance for leaders to rise to a challenge. And they failed at nearly every juncture. 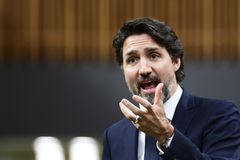 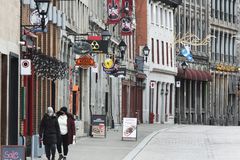 Opinion
Canada can’t rely on other countries to supply our vaccines
November 20, 2020 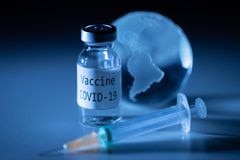