Just as surely as everyone desperately hopes the opioid death crisis in Canada will not get worse, latest federal indicators suggest that the number of deaths in 2018 will be at least as high, if not higher than the previous record year of 2017. Some 4,000 individuals died of an opioid-related overdose last year – many more than from motor-vehicle accidents or other leading causes of premature deaths.

Canada is facing an unprecedented drug death epidemic – and the grim truth is that our governments and health systems, for several years now, have not succeeded in effectively addressing this crisis. This, now, is no less than a human catastrophe for an affluent and modern society such as Canada that prides itself on an effective public health system.

Health leaders tell us that the causes of the “unabating” crisis are poverty, homelessness and the stigma attached to drug addiction. This perspective expresses a laudable and empathetic spirit, as we know that these social determinants of health are a key contributor to mortality as an outcome of drug use. However, these factors are not the direct primary causes of current opioid deaths, and they definitely do not explain why the numbers of opioid-related deaths have risen exponentially across Canadian jurisdictions in recent years. Poverty, homelessness or stigma have not increased by a magnitude of 1,000 per cent – as have overdose deaths in jurisdictions such as British Columbia or Ontario – in the present century. Furthermore, recent statistics from B.C., where the vast majority of deaths have been found to occur in private residences rather than on the street, question these perspectives. Hence, such general analysis will not lead to acutely effective remedies for the current crisis.

While concrete proof for this (thankfully) does not exist, it is unquestionable that in the event of a similar public health crisis – for example, related to an outbreak of a fatal infectious disease such as Ebola, or a new SARS – with similar death rates, other and more effective measures would have been undertaken. Considering this analogy, it needs to be recognized that infectious-disease epidemics are distinctly more challenging for public health interventions, in that they include the mechanic of contagion as a major force of disease spread and problem for curtailing infections and their consequences.

However, opioids are not contagious. They are, in their presently predominant forms (e.g., fentanyl and its analogues) in Canada, extremely potent, toxic – and deadly – for many of those who use, and especially those who become chronically involved and dependent on them. The present opioid death crisis, at its core, is first and foremost a problem of exposure to extraordinarily hazardous and deadly drugs.

And here our intervention approaches have not succeeded to date. Our public health systems have not provided the measures that would comprehensively avoid or reduce exposure to highly hazardous opioid product use, especially among those Canadians who regularly use these drugs. Estimates suggest that far more than a million of such high-risk opioid users may exist in Canada – which leaves open the possibility of considerably more deaths in the future.

Comprehensive exposure reduction efforts would require systematic identification of high-risk opioid users, and provision of a safer opioid supply (similar to the proposed medical-hydromorphone-dispensing machine project in Vancouver) that would effectively result in broad-scale reductions of hazardous opioid use. Such a measure, in principle, would be the equivalent of a targeted vaccination or preventive treatment program for a severe infectious-disease outbreak. Our health systems, instead, have relied mainly on after-the-fact or more peripheral measures, such as naloxone distribution, supervised drug-use sites, or conventional opioid-addiction treatment. While these measures are surely beneficial for some in reducing health harms and deaths, they – for various reasons – do not sufficiently reach or decrease hazardous opioid product exposure to effectively curtail the present opioid death crisis in Canada.

This crisis has raged for too long, and taken way more lives than is imaginable or acceptable. What has been done to address this tragedy is simply not good enough, and there is an acute urgency to immediately think and act more creatively, radically and effectively.

Ask yourself: If impoverished regions in Africa manage to stem and contain catastrophic Ebola outbreaks, would we not reasonably expect Canada to effectively handle an opioid death crisis that is killing its people by the thousands? 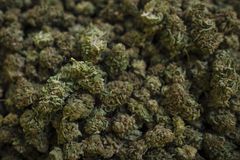