Kevin Patterson is a physician and novelist. He practises on Vancouver Island and on the west coast of Hudson Bay. His books include Consumption and News from the Red Desert.

The essential fact of Nunavut’s geography – windblown snow – may define the tundra, but in the towns, it obscures important truths. Blizzards make the small houses in the Inuit communities along the west coast of Hudson Bay look cozy, in a vaguely Scandinavian-mountain-village sort of way. In Arviat a few weeks ago, walking through a storm to the health centre, the homes of that 3,000-person town appeared to me snug and implausibly well-built, merely not to have become airborne in the wind. The tundra weather is so unreasonable that it changes even how the built environment is perceived. When the skies finally cleared, I watched the moon slide down to the horizon from its lonely spot high in the mid-afternoon night sky, seeming to enlarge as it approached the limitless horizon. Which is the way the best illusions often work: a striking adjacent image distorting the perception of something that should otherwise be seen clearly.

In Canada, what has never been seen clearly enough is the poverty the Nunavummiut endure. These communities on Hudson Bay where I work – Arviat, Baker Lake, Rankin Inlet, Whale Cove, Chesterfield Inlet, Coral Harbour, Naujaat – know nothing of the prosperity of Scandinavian mountain towns. This might be seen more clearly were it not for the blanketing snow, but anyway the barometers of suffering make the point. The teenage-suicide rate here is 700 per cent higher than in southern Canadian communities. A third of the houses need major repairs and the territory is short 3,000 dwellings – in a population of 36,000. Life expectancy is a decade shorter. In October, the federal Minister of Indigenous Services, Jane Philpott, announced that, in 2015, tuberculosis, the most reliable flag of desperation worldwide, was 270 times – 27,000 per cent – more common among the Canadian Inuit than it is among non-Indigenous southern Canadians.

There is no clearer evidence of the maldistribution of wealth and of social services in Canada to the detriment of Indigenous people than the tuberculosis epidemic under way in the Arctic.

Last week, 14-year-old Gussie Bennett, from Nain, Labrador, died of tuberculosis. Nain’s last serious outbreak of TB was just in 2015. In January, 15-year-old Ileen Kooneeliusie, from Qikiqtarjuak, on Baffin Island, died. The screening program undertaken in the weeks following revealed 10 per cent of the population of Qikiqtarjuak to be infected. Across Nunavut, 17 of the 25 communities have cases of tuberculosis. But the largest of these outbreaks so far is the one in Arviat.

It was recognized in 2016 the same way tuberculosis announced itself in Nain and Qikiqtarjuak, with the death of a young person. As in every other community in the Arctic, Arviat has had episodic outbreaks since before the Inuit came in off the land in the 1950s and ’60s. Tuberculosis has been endemic in the North since colonization. It spread here from the first European sailors and travellers, as it spread everywhere on the planet, affecting previously isolated Indigenous peoples especially.

By the 19th century, the disease was one of the leading causes of death worldwide, especially wherever there was crowding and poverty. In the Dickensian London of the Industrial Revolution, it caused one-quarter of all deaths, killing about half of 1 per cent of the population annually.

That tuberculosis is an expression of poverty as much as it is a mycobacterial infection was evident long before antibiotics were developed to treat it. Its toll fell by 90 per cent in London and New York in the 20th century as incomes grew and housing improved. In 1947 streptomycin became available, and, subsequently, the other drugs in the tuberculosis-treatment cocktail, especially isoniazid, were developed. Mycobacterium tuberculosis becomes resistant to anti-microbials so readily that the initial treatment regimen consists of four antibiotics taken simultaneously – a situation in medicine without parallel, with the exception of HIV. There was then a 50-year pause in which no new anti-tuberculosis drugs were developed (two new ones – bedaquiline and delamanid – have recently been released) and the problem of drug-resistant tuberculosis became a crisis in the developing world. Tuberculosis kills up to two million people a year worldwide, mostly in Africa, Asia and the Western Pacific.

For many years, one comforting fact about tuberculosis in the Arctic was that there was no drug resistance to speak of. Recently, however, resistance in some isolates has been detected. It is too early to say how big a problem this will become, but as great a problem as drug-sensitive TB has been in the Canadian Arctic, resistant TB would be far more challenging – more expensive to treat and even more difficult to contain, with more frequent treatment failures. In Africa and Asia are strains of tuberculosis that are resistant to every drug that they have been challenged with.

After the development of the first TB drugs, in the rich parts of the world the disease went into an even steeper decline. Now, it is all but gone from wealthy countries – or at least from those portions of them that are allowed a share in that prosperity. Among the poor however, it remains a scourge.

Arviat is one of the poorest communities in this part of the Arctic. With 35 births per 1,000 residents, it has the nation’s highest birth rate – 3½ times the national average – and some of the worst and most crowded housing. My patients tell me they may have as many as six people sleeping in each bedroom. One woman in Naujaat, farther up the coast, shook her head when I asked. “These days, I have 20. People sleep wherever they can find room to lie down. Bedrooms, kitchen, living room.”

Sleeping rough in the winter is impossible in Nunavut and so the problem becomes this sort of “‘invisible homelessness.” As essential as it is that room is found for people without a home, from a public-health point of view, the moment someone develops night sweats and a cough that just won’t go away, such crowding becomes nearly as dangerous as sleeping outside. In areas of endemic tuberculosis, the majority of infected people are unaware and asymptomatic. One of the most insidious aspects of Mycobacterium tuberculosis is its habit of infecting people and then going dormant. Most of the one-third of people alive who are infected with the tuberculosis bacillus have dormant, or latent, infection. This creates a reservoir of mycobacteria within a community that frustrates conventional infection-control measures. Isolating the obviously ill will never alone suffice. Physicians and nurses will never eradicate the disease so long as poverty of the sort that prevails in the Arctic persists.

The tuberculosis outbreaks among the Inuit in the 1950s are an especially painful memory. Thousands – one-seventh of the Canadian Inuit population and one-third of the children – were evacuated to sanatoria in the south between 1950 and 1963. The average length of stay was 2½ years. When the children returned, the disruption in their educations as hunters and sewers and all the myriad other skills that permitted a life to be pulled from the tundra often could not be made up. And the government encouraged settlement for sovereignty reasons. But by the end of the 1960s, the Inuit had ended their 25,000-year tradition of nomadism on the Barrenlands. It is not surprising that when tuberculosis is diagnosed in a community today, the problem of stigma and an instinct to resist screening materializes.

In Arviat, these days the outbreak seems to be coming under control. Each week more people complete their medication regimens and the team overseeing the contact tracing and the six- to 12-month-long treatment protocols sees the beginning of the end. There are fewer new cases being identified. The news out of Qikiqtarjuak dominated much of the discussion at the health centre when I was there. Ten per cent of the population infected seems difficult to imagine. In Arviat, there were about 100 cases, and this in a town of 3,000.

But there will be more outbreaks, in Arviat and in the other Nunavut communities. By recent experience, they will be more frequent and more extensive. My friend and colleague, the infectious-disease and community-health specialist Pam Orr, who has practised in Nunavut for 30 years, wrote in the Canadian Medical Association Journal in 2013:

In 2015, 66 times became 270 times. Whatever the number for 2018 will be, it will be higher yet. TB in the Canadian Arctic is not just a problem that we have failed to solve – it’s one we have allowed to become vastly worse. The rate of worsening is accelerating. Virtually the only thing we can be absolutely certain about in all this is why it is happening.

The moral cost of permitting such inequity as the Inuit endure and the moral cost of the suffering that is its direct consequence is steep, but there are also powerful economic and epidemiologic arguments against the neglect of the Nunavummiut. All the resources that are spent treating and containing these outbreaks could be more profitably and definitively used for housing and poverty relief. The experience of London and New York in the past century made this point clear.

It is too early to estimate what treating this outbreak has cost, but the number will run into the many millions of dollars. Medivacing one person to Winnipeg from Arviat costs $25,000. The nurses and the public-health physicians have worked overtime for more than a year to bring this outbreak to a close. The hospital stays for the seriously ill and the medication and the thousands of skin tests, blood work and X-rays that have been done in the course of the contact tracing, together with the lost hours of employment for the ill, represent money that could have been invested in the physical infrastructure of the town and paid dividends for decades.

Soon, the outbreak team will get on a plane and go somewhere else for a while. The workload has eased to the point that most of the clinical work involved in the outbreak control is done by one nurse. She and I sat together in the library/coffee room of the Arviat Health Centre and she told me how hard the work had been, especially at the start. She didn’t know where she would go when the outbreak was deemed over. Qikiqtarjuak, possibly. With Gussie’s death now, perhaps Nain. Eventually those outbreaks will also be contained and those communities will return to normal – although without Gussie or Ileen or the rest of the dead. But there will be more outbreaks in Arviat, just as there will be in Nain and Qikiqtarjuak. Teams will be brought in here, again, to deal with the crisis. And everyone involved will hope that the TB isolates will prove once again to be sensitive to anti-microbials. And everyone will wonder aloud how this can keep happening, in the 21st century, in one of the richest countries in the world, with the highest quality of life found anywhere outside Scandinavian mountain towns.

Opinion
In Canada, tuberculosis exists as a symptom of social inequity
March 27, 2018 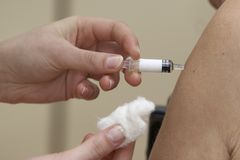 Liberals pledge to eliminate tuberculosis in Canada’s North by 2030
March 23, 2018 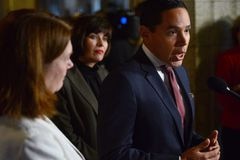 Chief Public Health Officer calls for eradication of tuberculosis in the North
March 22, 2018 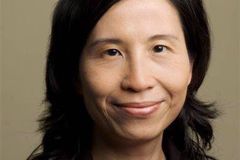