Robert Latimer may deserve some compassion. But he does not deserve a pardon for his crime.

On Oct. 24, 1993, Mr. Latimer sat his 12-year-old daughter Tracy in his truck, ran a hose from the exhaust pipe to the cab, started the engine and piped carbon monoxide into the vehicle until she died.

Tracy had cerebral palsy, a congenital condition that occurs when a baby suffers brain damage during birth.

Mr. Latimer said Tracy was in constant pain and that he killed her because he could not bear to watch her suffer anymore.

The Wilkie, Sask., farmer was charged with first-degree murder.

In 1994, Mr. Latimer was convicted of second-degree murder – which carries a minimum 10-year sentence.

What followed was a long legal saga, and a polarizing public debate.

The ruling was appealed, but upheld by the Saskatchewan Court of Appeal. But, in 1995, it was revealed that the RCMP, on Crown orders, had interfered with jury selection by questioning potential jurors about religion and mercy killing.

As a result, the Supreme Court granted Mr. Latimer a new trial.

In 1997, he was once again convicted of second-degree murder. The trial judge – encouraged to be lenient by the jury – imposed a two-year sentence. The Saskatchewan Court of Appeal overturned that sentence, saying the 10-year minimum-sentence rule must apply. That decision was upheld by the Supreme Court of Canada.

In 2001, Mr. Latimer went to prison, a minimum-security facility in Victoria.

Now, Mr. Latimer is asking for a pardon or, barring that, yet another trial.

Last week, his lawyer, Jason Gratl, petitioned Prime Minister Justin Trudeau and Justice Minister Jody Wilson-Raybold, arguing that his client was a victim of a miscarriage of justice.

“A pardon would offer a glimpse of mercy, compassion and justice that the legal system and the medical system did not afford the Latimers,” Mr. Gratl wrote.

One can argue that it was a mercy killing, or, as one judge called it, a “compassionate homicide.”

But Tracy never consented to her death, and that’s ultimately what makes this a crime – an unforgivable crime.

One can take issue with mandatory minimum sentences, but that does not mean Mr. Latimer deserves special dispensation.

The fact that Tracy Latimer was severely disabled does not justify her father’s actions. It makes them all the more appalling, because it suggests that her life was of lesser value.

People with severe disabilities may not have an ideal life, but, like everyone else, they deserve to live to their full potential.

In its ruling upholding Mr. Latimer’s sentence, the Supreme Court of Canada did something that is rarely done in this polarizing discussion – it humanized Tracy.

The justices noted that, just days before her death, the preteen had taken the bus to school, that she enjoyed music, bonfires, the circus and being gently rocked in her parents’ arms. They reminded us, too, that for a dozen years, her parents cared for her lovingly.

Sometimes, caring for someone who is ill or who has disabilities can be overwhelming; at times, it may feel desperately hopeless.

None of those emotions is a licence to kill.

How we treat the most vulnerable in society – in the health system, the justice system and elsewhere – is a litmus test for our compassion and humanity.

Mr. Latimer was treated fairly by the justice system – with kid gloves, even.

He served his time and deserves to get on with life, but that does not mean his record should be expunged or his actions forgiven.

Let’s not forget that Mr. Latimer has never said he was sorry; in fact, he admits he would do it all again.

“What I did was right,” he said in a 2017 interview with the Saskatoon Star-Phoenix.

Mr. Latimer has, in the 25 years since he killed his daughter, has always portrayed himself as a victim and a martyr. He continues to do so in his demand for a pardon.

The only person denied mercy, compassion and justice in this grim saga was Tracy Latimer, and granting a pardon to her unrepentant killer would only exacerbate that sad truth. 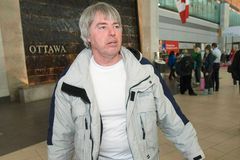