Wendy Suzuki is a neuroscientist and professor of neural science and psychology in the Center for Neural Science at New York University. Her latest book is Good Anxiety: Harnessing the Power of the Most Misunderstood Emotion.

If a simple definition of anxiety is the fear or worry associated with uncertainty, then this fall is gearing up to be one of most anxiety-filled back-to-school seasons in memory. You would think that, after 18 months, we might feel better prepared to manage the continuing effects of the pandemic, but instead, our recent history seems to have simply added to our collective anxiety. I refer here not to clinical levels of anxiety requiring medical treatment, but what I call “everyday anxiety,” the type of worry and unease that affects nearly everyone these days. Parents in particular face a triple whammy of anxiety from navigating the uncertainly of new school rules and regulations, managing their kids’ anxiety levels, and dealing with their own back-to-work scenarios all at the same time. While this tsunami of anxiety may seem overwhelming, there are ways to cope.

I’m talking about a new approach to understanding anxiety, and it starts with changing its very definition. Instead of considering anxiety an unavoidable cost of living in the modern world, think of it from an evolutionary perspective. In fact, anxiety and the physiological stress response that underlies it originally evolved to protect us. Imagine a woman living 2.5 million years ago, when the threats and dangers that could trigger anxiety were predominantly external -- think wild animal attack. Back then, an unexpected crack of a twig, signalling the possibility of a nearby predator, would immediately trigger a physiological threat response accompanied by an intense feeling of anxiety, both of which increased the heart rate and respiration and shunted blood to the large muscle groups to allow the woman to fight the threat or run away (e.g., the “fight or flight” response controlled by the sympathetic nervous system).

Today, our brains respond to potential threats in much the same way, with one key exception. While our ancestors typically had ample time to recover after that occasional cracking twig, today we experience the equivalent of round-the-clock twig-cracking in the form of the 24/7 news cycle, continuous social-media feeds and daily pandemic updates. Such triggers cause near constant anxiety and stress on our nervous system, and it’s no wonder that what once helped us survive has lost its power.

The first step toward taking back the protective power of anxiety is to practice turning down the volume. It’s as simple as taking a few long, deep breaths. Taking a moment to mindfully inhale for four counts, hold at the top for four counts, exhale for four counts and hold at the bottom for four counts (also called box breathing) activates the parasympathetic nervous system, our built-in mechanism for stress and anxiety reduction. This system not only slows breathing, but also slows heart rate and shunts blood from our muscles to our digestive and reproductive organs. This technique is particularly powerful because it can be used anytime, anywhere, including in the middle of an anxiety-provoking conversation (for parents) or while waiting in line or during class (for kids).

Once you have started to turn down the volume of your anxiety, the next step is to explore what those uncomfortable feelings that accompany anxiety (i.e., fear, anger, worry) are actually telling you about yourself. We often hide from, suppress or minimize uncomfortable emotions and don’t consider how much they can tell us about what we need in our lives. Are you feeling afraid of a meeting? Maybe you have not prepared well enough. Are you feeling uncomfortable about a colleague? Maybe they don’t have your best interest at heart. You can help your child learn this technique, too. Next time you notice your child in emotional discomfort, pause and ask how he or she is feeling. Help them name the feeling. Even this little step can dial down the intensity of the negative emotion and begin to teach your child to pay attention to what anxiety is signalling.

Another way to transform your anxiety from “anchor around your neck” to “protective friend” is to start to explore its gifts (yes, I said gifts), including one of the most powerful: empathy. As a university professor, I’ve developed strong public speaking skills despite my history as a painfully shy and awkward student who was often afraid to speak up in class. But I realized that because of this anxiety, as a teacher, I was unconsciously reaching out to those same socially anxious students in my own classroom by making ample time for casual conversations before or after class. In other words, my own social anxiety helped me to develop empathy for others similar to me.

Anxiety and the uncomfortable emotions that come with it are what make us the species that we are. By learning to turn the volume down on our anxiety and embrace everything it is teaching us about ourselves, we open up a path to a more fulfilling, joyful and less stressful life. 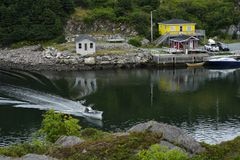 How going back to school could save kids’ mental health
Podcast
September 7, 2021 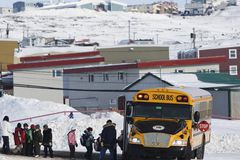