You own a restaurant. Should taxi drivers have to pay you a fee for every passenger they drop off at your door?

You are an actor looking for work. Should your agent have to pay you for each part he brings your way?

You want to sublet your apartment. You know it’s free to advertise on Craigslist, but shouldn’t Craigslist really have to pay you?

That’s more or less the gist of Australia’s celebrated bill, passed this week, forcing online platforms such as Facebook and Google to pay news organizations for posting links to their sites – legislation the Government of Canada plans to emulate.

Mind you, it’s not how the issue is usually presented. News organizations describe it as a matter of “paying for news” or “paying for content,” which Google and Facebook are routinely accused of “taking” or “stealing” or at best “using.”

But Facebook and Google don’t use our content. They link to it. At most they use the headline and a short snippet of text, no more than 20 words: a quotation, in other words, of the kind reporters use in every story they write. (Should newspapers have to pay the people they quote?)

What use do these links serve? To send people to our pages, where our content is posted in full. Facebook and Google send millions of readers and billions of page views our way every year. At no charge. If anything, we should be paying them.

If linking is stealing, why is every article on every news site adorned with a clickable button at the top urging readers to “share” it on Facebook, Twitter and other social-media sites? Why, indeed, do news organizations post links on these sites themselves? The same reason they invest so heavily in “search engine optimization,” to ensure their pages rank highly on Google and other search sites. Because their services are of benefit to us, driving readers to our pages that we can convert into subscriptions and/or advertising sales.

So we make money off social media, that’s clear. Do they make money off us? Not so much. Publishers argue that, even if FacebookGoogle don’t directly profit off our content, they do so in a kind of indirect, almost teleological way: If newspaper content did not exist, they would have nothing to link to, and therefore nothing with which to lure users to their sites. You can do a lot with this kind of reasoning – if restaurants didn’t exist, taxis would have no place to go – but it’s not just nonsensical, it’s also untrue.

Links to news stories are a tiny fraction of what gets posted on Facebook, perhaps 5 per cent. Google doesn’t even bother to sell ads against news searches. The only place it sells ads off our content is on our pages. Most of the ads you see on newspaper websites are sold by Google. They solicit the advertisers, prepare the copy, place the ads – and pay us a share to host them.

Naturally, we’d prefer to keep all of the revenue, as we did in the old days. But if we didn’t sell ads via Google, we wouldn’t sell many ads at all. Not that we sell a whole lot even then: Google and Facebook dominate the online advertising market, which is pretty much the only kind of advertising there is these days. They didn’t achieve that dominance by stealing our ads, or our content. They did it by building a better mousetrap.

Still, market dominance is market dominance. FacebookGoogle’s alleged sins against the news business may have nothing to do with copyright, but they may yet raise antitrust concerns. Which is where Australia’s approach may have more merit.

Facebook and Google were right to object to the inclusion of links and snippets among the “content” for which they, and they alone, would now have to pay: the idea is not just preposterous, but for social media, existential. Indeed it’s contrary to the whole ethic of the World Wide Web, as its inventor, Tim Berners-Lee, was moved to protest. If Facebook went rather further than Google to make its point, shutting down all links to Australian news sites for a few days, the point was indeed made.

That both Google and Facebook were persuaded to come around, after some last-minute concessions by the government, suggests they believe they can hold the line on pay-for-links. But the two also have plans to use news content in a more substantial way, through their curated Facebook News and Google News Showcase products. It makes more sense that they should pay for these, as do full-content aggregators such as Apple News or Microsoft News.

Ah, but how much should they pay? How should the revenues from this content be divided? If there is an imbalance of bargaining power between FacebookGoogle and the news organizations, perhaps there’s a role for government to level the playing field: in the Australian example, by requiring “designated” platforms to submit to binding, final-offer arbitration in the event of an impasse, while permitting the industry to bargain collectively, rather like a union. Hence the title: the “News Media And Digital Platforms Mandatory Bargaining Code.”

Still, it’s a little weird. It amounts to punishing online platforms for making a better product. (Should Tesla have to compensate General Motors?) It seems strangely selective: Why should Facebook and Google be forced to negotiate and not Apple or Microsoft? Moreover, the bill as amended allows them to avoid being roped into collective bargaining by striking a deal with one or another news organization on its own, or by making “a significant contribution to the sustainability of the Australian news industry.”

And who should be among the first and biggest beneficiaries of this protection racket? Why, that plucky upstart, that paragon of journalistic virtue, the New York-based multinational News Corp. – Rupert Murdoch, proprietor – with whom Google announced a late-breaking multiyear deal. 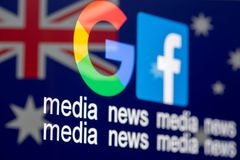 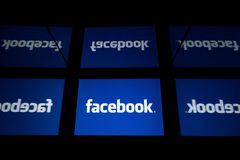