Journalist Peter Kuitenbrouwer holds a master of forest conservation from the University of Toronto.

In November, 1968, John Robarts, then premier of Ontario, planted a sugar maple tree at Queen’s Park in Toronto – the one billionth tree planted in Ontario. The province had planted these billion trees, mainly on private land, over a 60-year period, thanks to a network of provincially owned tree nurseries stretching from St. Williams Forestry Station on Lake Erie to Ferguson Tree Nursery near Ottawa. At their height, these nurseries pumped out tens of millions of seedlings a year, and distributed them to property owners for pennies apiece.

During this year’s election campaign, as Prime Minister Justin Trudeau met teen climate activist Greta Thunberg and joined the Climate Strike in Montreal, he promised a Liberal government will plant two billion trees over 10 years. This is a visionary pledge. New forests can soak up carbon and help us reach greenhouse-gas-reduction targets. Still, the Ontario experience illustrates the scale of Mr. Trudeau’s challenge. With its own nurseries, Ontario planted about 16 million trees a year. Mr. Trudeau wants to plant 200 million trees a year across Canada.

Trees grow from seed; conifers store their seeds in cones. Maples produce keys, or samarae. Reforesting requires workers to collect cones and tree seeds. The job is complex. Ontario alone counts 38 tree seed zones; to ensure the tree succeeds, a planter should return a seedling to the zone from whence originated its seed.

Who will grow the seedlings? The government of Canada opened the Agroforestry Development Centre at Indian Head, Sask., in 1901. In more than a century, that nursery produced more than 650-million tree seedlings for the Prairies. Stephen Harper’s government closed Indian Head in 2013. In the 1990s, under a New Democrat government, Ontario shuttered 10 provincial tree nurseries, including the facility that had grown Mr. Robarts’s sugar maple.

Where will the trees grow? A Swiss study released last summer may have inspired Mr. Trudeau’s pledge. Zurich researchers estimate Earth has room for a trillion trees. Canada ranks third for “canopy cover restoration potential” in the study, with more than 78-million hectares available. Surprisingly, the Swiss say the Northwest Territories has the most land available to plant trees; foresters might dispute the likelihood for success of new forests that far north.

The Swiss say they see room for these trillion trees “excluding existing trees and agricultural and urban areas.” In Canada, rules require the forest industry to replant following clearcuts on Crown land. Afforestation programs (planting new forests) generally target private land. Southern Canada needs trees: Forest cover is sparse on Quebec farmland from Montreal to the U.S. border and in the Ontario counties of Essex and Chatham-Kent. Trees in these areas can soak up spring floods and mitigate erosion and desertification. Still, persuading farmers to swap corn and soybean crops for red pine and black walnut trees will require attractive incentive programs.

Who will plant the trees? Record wildfires destroyed close to three million hectares of B.C. forest in 2017 and 2018. To replant on Crown land, B.C. estimates it will need at least 500 additional tree planters in 2020. That effort does not include a single tree for Mr. Trudeau’s big pledge. Somewhere, he must find more planters. On farmland, tree planters use tractors, but many operators are retiring and equipment is old. Tree planting is gruelling work; can Ottawa locate the workers to get two billion more trees into the ground?

Once the trees are planted, the job is not done. One has to follow up, to see whether the trees grow. Journalists at Montreal’s La Presse newspaper recently visited Quebec sites planted in 2013 with trees to sequester carbon. At one site near Mirabel, 30 per cent of black spruce trees had died.

Just planting trees is not enough. Tamarack and cedar prefer wetter sites; red pine likes sand. Foresters design plantings that connect existing forests to help wildlife travel, or stop erosion of river banks. The two-billion-tree job requires brawn – and brain. Canada built a trans-continental railroad. We can do this, too. We are good at planting trees. It’s just a lot of work. 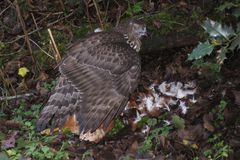 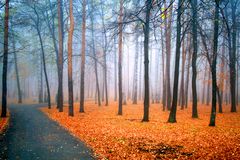 Cities like Vancouver need to do more to protect their trees
October 14, 2019 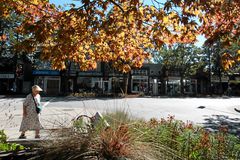