Joseph E. Uscinski is an associate professor of political science at University of Miami, where he is a member of the university’s U-LINK team, which combats extremist conspiracy theories. He is the co-author of American Conspiracy Theories.

It is perhaps of little surprise that Donald Trump – whose ascent to the highest office in the world began with his public advocacy of an online falsehood that his predecessor wasn’t born in the United States – has espoused conspiracy theories as President.

In the past five years, Mr. Trump has claimed that millions of illegal votes were cast in the 2016 election. He has suggested that Senator Ted Cruz’s father was involved in the assassination of president John F. Kennedy in 1963. He has discussed using bleach, sunlight and hydroxychloroquine to fight COVID-19, despite the absence of scientific support; and his White House has offered tacit approval of fringe media outlets that openly traffic in hoaxes and lies. Just last month, he spoke warmly of QAnon, an online cult that believes Mr. Trump is battling a cabal of Satanic “deep state” child sex-traffickers: “I don’t know much about the movement other than I understand they like me very much, which I appreciate.” And his latest claim sounds deeply conspiratorial, too: Earlier this week, he said people in “dark shadows” are controlling his Democratic opponent Joe Biden’s agenda.

The President’s endorsement of such theories has become fodder for the government officials and journalists who are increasingly concerned about the prevalence of conspiracy theories. In the United States, news outlets warn that belief in conspiracy theories is on the rise, that social-media platforms are responsible and that government regulation of social media is needed. Congress has been largely receptive to this, and it has held numerous hearings on social media’s effects on U.S. democracy.

It is true that there is a potential threat. When people’s beliefs are disconnected from our shared reality, any resulting behaviours can be destructive. For example, if people believed, wrongly, that public health officials were lying about the dangers of COVID-19, their behaviours would reflect that belief, potentially spreading the virus further. In more extreme cases, if people believed, wrongly, that children were being trafficked or molested in pizza parlours, they might be inclined to attempt armed “rescue missions,” as actually happened in 2016.

It is therefore reasonable to be concerned with the quality of information our fellow citizens have at their disposal. Even if others’ beliefs don’t align perfectly with our own, it is reasonable to desire that their beliefs at least be tethered to our shared reality.

However, many concerns about the ability of social media to spread conspiracy beliefs go beyond the available evidence, and in some instances, may verge on the fanatical themselves. The criticism of social-media platforms – which are controlled by private companies and, as such, can and should allow or remove whatever content they wish – has in some cases become disproportionate to the crisis. In response to the outrage, these platforms have begun restricting political speech. And while government intrusions into social media are often presented as noble endeavours – the people’s champions, reining in the power of the social-media giants – we should not assume that recent threats of intervention are benign, limited or based on a sober evaluation of the facts.

Indeed, while it is often claimed that conspiracy theories are becoming more prevalent, and that their newfound popularity is the result of social media, such claims are based largely on feelings, guesses and impressions. News outlets for decades have claimed nearly every year that conspiracy theories have reached their apex, but obviously this can’t always be true.

Polls show that while beliefs in some conspiracy theories are increasing, beliefs in others are decreasing or flatlining. Beliefs in 9/11 conspiracy theories have increased in the past decade, but largely because 19 years later, the terror attack has been detached from the Bush presidency and Republicans in the mass public can adopt these narratives now without betraying party loyalties. Theories about the assassination of Kennedy, on the other hand, have dipped precipitously since their high of 81 per cent in the 1970s. The falsehood that Barack Obama faked his birth certificate to illegally usurp the presidency has stayed stable for the past 12 years at around 20 per cent of Americans. In short, there is no firmly empirical across-the-board increase in conspiracy beliefs, and for those that have increased, there does not seem to be an overarching cause.

Most recently, claims about the scope of QAnon have reached a fevered pitch. Numerous headlines claim that the group is “far-right,” as well as “mainstream” and “growing” because of social media; the rise of three congressional nominees who support QAnon running under the Republican banner bolsters those claims. However, public opinion surveys tell a different story: Pew Research found that 76 per cent of Americans know nothing about QAnon, and what meagre support it does have isn’t the exclusive domain of one or the other party. Over the past two years, support for QAnon has not increased either, yet headlines continue to blame social-media companies for its supposed growth and call for regulation.

Facebook pages, tweets and subreddits don’t have the power we often ascribe to them, to turn anyone who logs on into a conspiracy-monger. Social scientists have found for decades that the influence of any kind of media, and not just social media, has at best limited effects on the public’s beliefs. But people do often self-select where they get their news, and they have preferences for information that coincides with what they already believe. When people hear information they disagree with, they often reason it away. This means people who encounter conspiracy theories online are often looking for them, and often because they possess a worldview in which conspiracies are the most likely explanation for events and circumstances.

Take, for example, the much-viewed online video Plandemic, which contends that the COVID-19 pandemic is a product of a villainous cabal using the virus and potential vaccine to gain power. Millions of people watched the video, and so the assumption became that each of them adopted dangerous conspiracy theories because of this package of falsehoods. However, polling before and after the video’s release showed no noticeable increase in the number of people believing COVID-19 conspiracy theories. Such beliefs about COVID-19 were developed earlier in the pandemic, largely by people already prone to the allure of conspiracies.

Some still might argue that even if social media doesn’t change beliefs, it helps conspiracy theorists find like-minded people, enter information bubbles and then polarize. This could, of course, happen – but it would not be unique to social media. Long before the internet, people have shared ideas and found each other through them; religions, political parties, social movements and cults have been recruiting like-minded members for centuries.

The difference was that when people previously shared conspiracy theories, those conversations weren’t observable to others the way social-media posts are now. We should not confuse the fact that we can more easily observe the sharing of ideas with the notion that those ideas are being believed more now.

There have been some people who believe social media conspiracy theories and act on them with violence. This is, of course, a bad outcome. But often, a deeper look into motivations finds that factors other than social media influence are at play. In the cases of QAnon believers who killed Gambino crime family boss Francesco Cali, trashed the mask section in a Target department store, or rammed a car into strangers, a more proximate factor in these incidents appears to be untreated mental illness in vulnerable people.

Conspiracy theories are not exclusively an artifact of social media. Mainstream publications and cable channels traffic in stories about UFO enthusiasts, myths and unhistorical fantasies. The anti-vaccination movement has gotten boosts from prestigious medical journals, not to mention from non-expert celebrities such as Robert DeNiro, Jenny McCarthy and Robert Kennedy Jr. Fears of widespread child sex trafficking that go far beyond the data have been spread by government officials who overstate the prevalence of such crimes for political gain.

And if the primary policy tool against conspiracy theories is to limit the ability of regular people to communicate with each other without the permission of someone more powerful than themselves, then the cost is too high. Even when they’re well-intentioned, policies that seek to limit the speech of others are blunt instruments that can easily be abused by those with the worst of motives.

There are many factors driving misinformed conspiracy beliefs, and entirely shutting off social media tomorrow would make little change in their growth. We should always hesitate to blame new technologies for old human problems – or else we risk entering a conspiracy of our own. 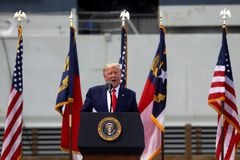 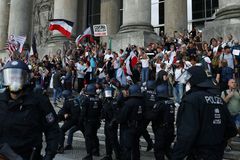 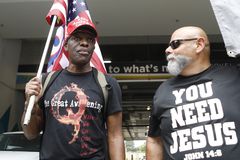 Facebook is preparing for the possibility Trump casts doubt on election results
August 21, 2020 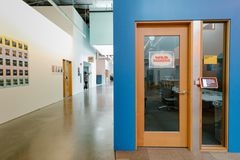