President Joe Biden projects calm. Donald Trump has been rendered relatively silent without Twitter. Capitol Hill insurrectionists have been arrested. And armed forces are so prevalent in Washington that the capital resembles – what a disgrace for a once-proud democracy – a desolate militarized zone.

Despite it all, despite the new president, despite the increased security, the threat of more domestic political terror is growing. So said FBI director Christopher Wray this week. “Metastasizing” was the word he used.

Rather than laying down their arms, white supremacists, QAnon agitators, Proud Boys, Oath Keepers and barbarians of other affiliations are prepared to strike again in Washington or elsewhere.

Mr. Trump, Republican lawmakers and their enablers in the right-wing media continue to egg them on, no matter the consequences, by sticking to the big lie that the election was stolen. It lends some legitimacy to what the extremists are doing. They have the tacit backing of people in power.

Along with the Capitol Police, 2,200 National Guard troops are protecting the Capitol area, which is surrounded by high fences topped with razor wire. The troops were supposed to be withdrawn, but many of them will remain because of new threats. Those threats were such that a session of the House of Representatives had to be called off this week for fear of an attack.

Republican Michael McCaul of Texas, who serves on the House homeland security committee, called on Mr. Trump to urge calm among his militant followers. “President Trump has a responsibility to tell them to stand down,” he said.

He must have known he was speaking into a vacuum. The former president has no intention of calling off the dogs. More prominent than Mr. McCaul’s was the voice of Senator Rand Paul of Kentucky, who said the Democrats were fearmongering. “It’s not because anybody’s out there trying to overthrow the country,” he said of the increased security. “It’s because it fits their narrative.”

More likely, it fits Mr. Paul’s narrative and that of his cult-like party. Even given the horrors of Jan. 6, they are not turning away from Trumpism. If more insurrections are to follow, so be it. They don’t appear to care.

In addition to rewriting the history of the election, they are busy fictionalizing what happened on Jan. 6. It wasn’t so much the work of white supremacists and others prodded by the president, they say. Rather, the hard left in the form of Antifa adherents played a substantive role.

Mr. Wray put the lie to this Tuesday, testifying to Congress that Antifa took no part in storming the Capitol and that those who did were real Trump supporters, not fake ones.

But the word of institutional authority means less and less to Trump Republicans. As shown repeatedly in polls, they’ll lap up fiction wherever they can find it. Opinion surveys suggest a majority of Republicans do not blame Mr. Trump for the attack. Until public opinion changes, the party is not about to change. And given that the party’s media ecosystem – Fox, Breitbart, Newsmax and other right-wing outlets – is not changing, what are the chances of that happening?

Fox commentator Tucker Carlson, who has a huge following, maintains the attack was not an armed insurrection, nor was it about race. Democrats, he said, were engaging in a “relentless and co-ordinated” campaign to misrepresent what happened. He did add that “nothing is an excuse for rioting.”

Next to Mr. Trump, Mr. Biden, while very active on the policy front, has been low-key and temperate. There’s been the odd exception, an example being his comments this week comparing some Republican governors’ decisions to lift mask mandates to “Neanderthal thinking.”

But his measured approach has not done much to bridge the divide with Republicans and, given the left-leaning nature of his policies, shouldn’t be expected to. As demonstrated by his speech to adoring party faithful in Florida last weekend, Mr. Trump will continue to push his delusional claims, stoking the anger of his political base. His words are an invitation to political violence, and if the FBI and the Department of Homeland Security are to be believed, more of it is likely on the way.

As Tim Ryan, the Democratic representative from Ohio, observed, “It is heartbreaking that the United States Capitol continues to be a target – not by foreign adversaries but by our fellow Americans.” 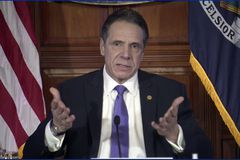 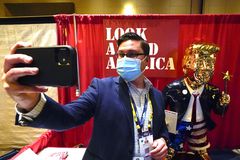 Opinion
Who decides what happened yesterday? Americans are in a fierce fight to control the national narrative
February 19, 2021 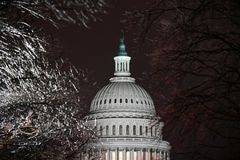