The pandemic election may be over, but the pandemic itself isn’t. Far from it.

When he kicked off the campaign to determine the shape of the 44th Parliament, Liberal Leader Justin Trudeau called it the most important vote since the 1945 election after the Second World War.

Yet, in the past 36 days, there was more talk about the need (or lack thereof) for an election than there was about how the next government would actually manage the continuing challenges of COVID-19 – economic, social and political.

So, with the fourth wave of COVID-19 raging, and a starting-to-feel-inevitable fifth wave on the horizon for early 2022, where does new federal leadership begin?

The most logical starting point is following through on the initiatives that were put on hold before the vote was called.

Will there be vaccine mandates for federal workers, as promised? This is an important issue, symbolically if nothing else. It will also set a standard for workplaces across the country.

The Liberals vowed to make vaccination mandatory for all federal employees and Crown corporations (without yet stating the consequence for non-compliance), and said they expect the same in federally regulated industries such as banking. The New Democrats went further, saying get the jab or be fired. The Conservatives have said regular testing should be offered as an alternative to vaccination.

These are important distinctions that other employers will be watching with interest.

Indigenous issues are, in fact, pivotal in this election

There is also the issue of what role testing will play going forward. Canada has never embraced rapid testing the way many other countries have, and investments in this area will become more important, especially with provinces allowing exemptions from mandates and proof-of-vaccination programs.

Speaking of which, there needs to be some serious federal effort to create a national vaccine passport, and quickly.

We don’t need another level of bureaucracy, but Canada does need to create an easy-to-use vaccine passport for international travellers, as well as bring some standardization to the various provincial programs, especially now that some of the recalcitrant provinces are on board.

It makes no sense, for example, that Alberta and B.C. have dramatically different proof-of-vaccination standards. But the role of the federal government is not to create national rules, just facilitate technical interoperability so proof-of-vaccination apps can be used across jurisdictions.

Let’s not forget that the feds gave the provinces $1-billion to develop these technologies. A little co-operation is not too much to expect in return, regardless of the party in power.

While pandemic-related campaign debate rarely moved beyond the question of whether those running for office were vaccinated, there are some much bigger vaccine questions to resolve.

Canada has administered more than 55 million vaccine doses to date, with 79.5 per cent of the eligible population (those over 12) fully vaccinated.

We need all hands on deck to promote vaccine uptake, and the Public Health Agency of Canada was shamefully quiet during the election campaign, holding only one briefing in more than a month. Communication is central to public health, and silence is not acceptable.

The disturbing politicization of vaccination, which was accelerated by anti-vax protesters targeting hospitals, certainly hasn’t helped the cause. The new government needs a more aggressive response to these yahoos. Free speech does not extend to harming patients and health care providers.

Then there is the question of boosters. Some groups, such as frail elders living in institutional settings and patients with conditions that leave them immunocompromised, would benefit from a third shot.

The jury is still out on whether boosters would benefit people more generally. What is not in doubt is much more effort is needed to vaccinate those in the developing world. Canada, which has 400 million vaccines on order, can afford to be more generous.

There’s plenty to do now so we won’t even get into the longer-term challenges posed by COVID-19: the need for domestic vaccine production, critical shortages of nurses and other health workers, the massive backlog of surgeries, rebuilding the pandemic warning system and more.

In short, the new government needs to hit the ground running and make tackling COVID-19 a priority, not just a secondary and partisan talking point.

None of the would-be prime ministers showed any leadership on the pandemic question during the campaign. Postelection, they will have a chance to redeem themselves – and they must.

Opinion
Counting the cost of an unnecessary election
September 18, 2021 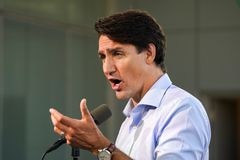 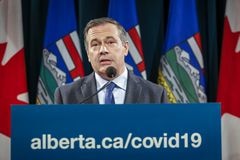 Opinion
This was no ordinary election campaign, but perhaps not ‘important’
Subscriber content
September 17, 2021 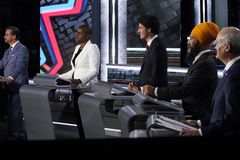