Lori Turnbull is director of the School of Public Administration at Dalhousie University, deputy editor of Canadian Government Executive, and fellow at the Public Policy Forum.

First ministers’ meetings are often criticized for being more about strategy than substance, but strategy is important – particularly given the proximity of the next federal election. The alliances and tensions emerging from Friday’s meeting could play a significant role in defining the narrative of the 2019 campaign and, therefore, could have an impact on the future of the Trudeau government.

Prime Minister Stephen Harper’s strategy was to avoid these kinds of meetings. On the one hand, this approach arguably worked well for him and was consistent with his vision for how the country should be governed. Mr. Harper favoured an open approach to federalism that emphasized respect for provincial autonomy in matters of their own jurisdiction.

There was little need for Mr. Harper to meet with his provincial counterparts; he let them run their own ships. On the other hand, it could be argued that the lack of federal-provincial engagement allowed for an abdication of federal leadership on matters that would require central co-ordination in a country as large and complex as Canada, such as environmental protection, economic growth, and reconciliation.

For Prime Minister Justin Trudeau, meetings with the premiers are mandatory. Refusing or neglecting to do so would be inexplicably against brand and would undermine his government’s policy goals. Mr. Trudeau has positioned himself as a gregarious extrovert who likes to communicate and collaborate. Consistency with this image forces him to sit down with the premiers on the issues facing the country and to smile for the cameras whenever he does.

Many aspects of Mr. Trudeau’s policy agenda require provincial buy-in. In pursuing his plans and visions for the country, he colours outside the lines of our constitution. He would be hard-pressed to “grow the middle class” without the provinces, given their constitutional responsibility for things like health, education and natural resources, as well as the reality of shared responsibility over files like pensions and immigration. To be specific, the Trudeau government needs provincial partners to make good on a good chunk of its agenda, including access to legal cannabis, pension reform, and the reduction of carbon emissions.

The political landscape has changed a lot since Mr. Trudeau became the leader of the Liberal Party of Canada. At first, finding provincial partners was easy. His own victory seemed to become contagious and, one after another, provincial Liberal governments were elected or re-elected after he won the leadership. His personal popularity hoisted that of other Liberal leaders, including some who struggled to make connections with voters.

By the end of 2015, seven of 10 provinces were governed by Liberal leaders and, in Alberta, Mr. Trudeau had a friend in NDP Premier Rachel Notley. But events have shifted the dynamics of intergovernmental relations in Canada. Now, four of those seven provinces have changed governing parties and Ms. Notley is a lot less friendly. The pipeline saga, the oil crisis in Alberta, and the resistance of several provinces to the national carbon price have created some new and perhaps durable interprovincial alliances, which is not good news for Mr. Trudeau.

One implication of Mr. Harper’s decision to take a pass on first ministers’ meetings was that it gave premiers something in common: a shared frustration at being sidelined by the prime minister. In the absence of a federally co-ordinated dialogue, it made the prime minister a somewhat easy target for premiers looking to blame the federal government for its absenteeism on social, environmental and economic matters. It was often said at the time that the premiers were, in fact, the federal government’s official opposition.

But Mr. Trudeau might be headed toward a similar federal-provincial conflict, despite his very different approach to intergovernmental negotiations. For example, his plan for a national carbon price has been met with sustained resistance from several premiers who are looking to the courts to rule that the measure is unconstitutional.

Just months away from a federal vote, this is a dangerous time to lose momentum on delivering promises. Though it is still too early for the release of campaign platforms, we can presume that a second mandate for Mr. Trudeau’s government would include a similar policy agenda that would require provincial collaboration. In this case, the Prime Minister might have some work to do in forging new friendships among his provincial colleagues. 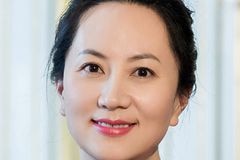 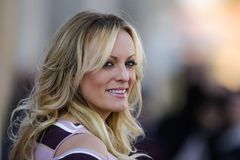 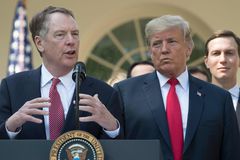