Simon Usherwood is deputy director of The UK in a Changing Europe, at King’s College London. He is also a professor in the politics department at the University of Surrey.

By any normal benchmark, Boris Johnson is a failure as Prime Minister.

Not only has he failed to win any votes in the House of Commons during his time in office, but he has voluntarily lost his majority in the chamber by withdrawing the whip from more than 20 MPs.

And that was even before the ruling of the Supreme Court that he had acted unlawfully in proroguing Parliament this month, an unprecedented blow to the British government and a significant constitutional moment for the Court.

Throw in a roiling scandal involving potentially improper use of his office when he was the mayor of London, and you’ll not be surprised that there are a lot of politicians calling for Mr. Johnson’s resignation.

But as you’ll have noticed, these aren’t normal times.

As Parliament returns to (unexpected) work today, and the government sets itself up to face an extended period of intense scrutiny, the one thing that looks most unlikely right now is a vote of no-confidence in that government.

That’s not for a lack of votes: if the opposition parties decided that they wanted to pull the plug on Mr. Johnson, then they could, even if some of the Tory MPs who were ejected in early September were to vote in his favour.

But the opposition doesn’t want to remove Mr. Johnson just yet. Paradoxically, it is precisely because they don’t trust him at all that they want to keep him right where he is – in Number 10.

Readers of a nervous disposition might want to sit down when they hear this is all about Brexit: a big shock, I’m sure.

Britain has been stuck in gridlock on Brexit for a long time now, with no clear consensus around any of the options available. There’s leaving with a deal, but Theresa May’s text languishes, unloved, in a corner; there’s leaving without a deal, but it’s the most disruptive option, economically and politically; and there’s not leaving at all, the dream of many on the losing side of the 2016 referendum.

Parliament has no majority in favour of any of these three choices, but it does have robust support for what looks like one other option: asking for an extension to the process, due to end Oct. 31.

That is currently Mr. Johnson’s saving grace. Ahead of the prorogation, Parliament passed a law obliging the Prime Minister to seek such an extension, should he not secure a deal by mid-October. If Mr. Johnson is removed from office and a general election is triggered, there are opposition worries that this legal obligation might be rendered void – either because the election happens after the deadline (and you can’t ask for more time retroactively) or because he might win an election that happens before it.

The result is that the major opposition parties – Labour, with its ever more-convoluted Brexit policy, and the Liberal Democrats, with their much starker line of stopping Brexit altogether – have taken the view that the immediate priority is to get the extension and only then to push the government over.

That’s the theory, reinforced by the tentative polling that suggests a marked weakening in support for the Tories if they have to retreat on their line that Oct. 31 is absolutely the date of Britain’s withdrawal from the EU, a date that Mr. Johnson himself said he would “die in a ditch” to achieve.

But if that is taken away from him, Mr. Johnson then faces a real dilemma.

He knows that the opposition wants to keep him in office (but not in power), but he also knows that his scope for avoiding having to ask for an extension grows ever smaller. Even in the extreme scenario – that he refuses to comply with the law – various people have made clear they would take him back to court, which would most likely empower someone else to write and deliver the necessary paperwork.

Lurking in the background of all of this is the question of whether Mr. Johnson is playing a long game here. The events of the past month could be bundled together into an election narrative of “how the Establishment sought to frustrate the Tories’ burning desire to realize the will of the people in the referendum.”

But if it is a long game, then it’s a very long one, and Mr. Johnson is doing a very convincing portrayal of a Prime Minister who isn’t simply bruised by Parliament and the courts, but has also painted himself into the tightest of corners.

Of course, one option would be to resign, rather than be pushed. But given the chaos of British politics right now, Boris Johnson doing the honourable thing looks ever less likely. 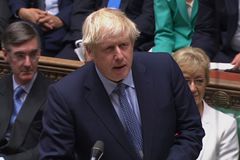 Opinion
The U.K. Supreme Court delivers a game-changer for prime ministers around the world
September 24, 2019 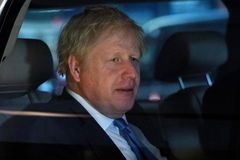