Graham Mooney is an associate professor at Johns Hopkins University’s Institute of the History of Medicine and in the Department of Epidemiology at the Bloomberg School of Public Health. His most recent book is Intrusive Interventions: Public Health, Domestic Space and Infectious Disease Surveillance in England 1840-1914.

Tracing our way back from this century’s outbreaks of Ebola, H1N1 and SARS, from HIV/AIDS and influenza in the 20th century, through smallpox, cholera, bubonic plague and yellow fever in the 19th and 18th centuries, to bubonic plague (again) in the 14th century, the spread of COVID-19 across the globe raises important questions about what powers governments can and should use to curtail people’s freedoms in the name of public health.

And quarantine is one of the oldest powers in the book.

The closing off of towns, land-border restrictions and networks of isolation hospitals have their origins in responses to the Black Death in 14th-century Italy.

The term “quarantine” has a religious association to a period of cleansing. It derives from quaranta giorni, 40 being the number of days that the goods, passengers and crew of ships were isolated in the ports of Italy during the Black Death. This points to the significance of maritime quarantine, particularly the creation of lazarettos (quarantine stations for sea-goers), for sequestration purposes.

So, quarantine has been no one, definable thing. The form it took depended on the disease it was being used against, assumptions of knowledge about the etiology of the disease (Bacterial? Viral? Miasmatic?), how that disease was thought to be transmitted (Rats? Sneezing? Sex?), where the disease supposedly was coming from (such as a known infected area), how it was supposedly moving (land, sea or, more recently, air) and the kind of place that was under threat (such as a trading hub).

In the here-and-now, quarantine, say its supporters, is one of the surest ways to halt an epidemic. Prevent contact between people who are or may be infected and people who are not infected, then chains of transmission will be interrupted and the epidemic can at least be controlled, if not stopped in its tracks altogether.

Supporters can, and have, pointed to the apparent effectiveness of the quarantine measures implemented in China against COVID-19. Just last week, a joint China-World Health Organization mission reported on what it called “perhaps the most ambitious, agile and aggressive disease containment effort in history.”

Measures included the lockdown of Wuhan and other cities in the Hubei province, which placed about 23 million people under quarantine regulations. Two temporary hospitals with 2,300 beds were built to isolate and treat confirmed cases. “Social distancing” was enforced, such as school closings, cancellation of sports events and other public leisure activities, and the suspension of public transport. The general public were encouraged to put themselves under “self-quarantine” – basically stay at home as much as possible.

COVID-19 may yet resurge in China, but for now, “The cordon sanitaire around Wuhan and neighbouring municipalities,” the mission said, “has effectively prevented further exportation of infected individuals to the rest of the country” and slowed down the spread of the virus.

But along with imprisonment for crime and detainment for mental-health reasons, quarantine is also one of the most draconian measures that states can wield in the name of public safety. According to some observers, quarantine and the intense surveillance tactics associated with it should be used with caution. As Lawrence Gostin, an expert in global health law at Georgetown University, said in Science Magazine of China’s response, “there are very good reasons for countries to hesitate using these kinds of extreme measures.”

History provides us with some of those good reasons.

One is that the umbrella of “quarantine” has included anything from forced sequestration of whole groups in a lazaretto or isolation hospital to voluntary, self-imposed detention at home. But beyond the broad characterization of quarantine as some kind of restriction on the movement of people and goods, with the added possibility of medical isolation, centuries of historical experience have yet to provide us with a general consensus, let alone a precise definition, of what quarantine entails.

Even legislation on quarantine drawn up by the very governments charged with implementing it fails to provide an answer. For example, Canada’s Quarantine Act of 2005 explicitly defines such things as “communicable disease,” “entry point,” “vector,” and even “quarantine facility,” but it avoids defining “quarantine” itself.

In times of crisis, this ambiguity might prove useful for an “agile” – to use the China-WHO mission’s word – response such as China’s: Quarantine can mean whatever the government wants it to mean. But it can also sow seeds of confusion and mistrust. Depending on the circumstances, what quarantine means to one public is not the same as what it means to another.

Take a recent example from the forest region of the Republic of Guinea. During the 2015 Ebola crisis, technologies of quarantine such as emergency treatment centres and ambulances met with violent resistance from some communities. Immediate fears revolved around the theft of blood and body parts and deliberate infection by humanitarian agencies.

Such reactions were painted by some as being ignorant and uneducated about the dynamics of Ebola, but on a more profound level they also reflect centuries of painful historical experience with the violence and exploitation of slavery, colonization and globalization. Quarantine, at least in these forms and in these places, demonstrates how communicable disease has the knack of reminding us about the traumas of global connectedness.

Another historical reason why some countries might hesitate to use quarantine is that it has been deployed extensively and often in non-autocratic states, particularly against the socially vulnerable. Commentators in the West who assert that a heavy-handed approach such as China’s simply wouldn’t be acceptable in the “free” world are in a sort of historical denial.

In March, 1900, as bubonic plague threatened to break out in San Francisco, public-health authorities established a blanket quarantine over the city’s Chinatown. Without warning, 12 blocks were roped off and only whites were allowed to leave the quarantined area. The quarantine line only lasted a day or so, abandoned in the face of controversy and questions over whether suspected deaths had in fact been caused by the bubonic plague at all. Although the quarantine ropes came down, confirmation that plague was present meant that extensive house inspections, medical examinations and disinfection measures continued in the district.

This targeted quarantine didn’t happen in a historical vacuum. It was part of an established history of discrimination against Chinese immigrants to the United States, dating back, legally at least, to the restriction of labour migration under the 1882 Chinese Exclusion Act and 1892’s Geary Act, which required Chinese residents in the U.S. to register and provide proof of registration to avoid deportation. The official sanctioning of such exclusions normalized xenophobic, white supremacist statements such as that made by James Whelan, the progressive mayor of San Francisco, who said in the San Francisco Chronicle on March 10, 1900, that the Chinese “are fortunate, with the unclean habits of their coolies and their filthy hovels, to remain within the corporate limits of any American city. In an economic sense, their presence has been, and is, a great injury to the working classes, and in a sanitary sense they are a constant menace to the public health.”

The jump from one xenophobic attitude expressed more than a century ago to the Trump administration’s reported consideration of proposals restricting Mexican immigration to the U.S. is not so big. Concerns over the importation of COVID-19 that are directed at a whole nation of people on the basis of a few presumptive cases sits pretty comfortably with the idea that those same people import drugs, crime and rape.

Confronting these racist, xenophobic and stigmatizing histories of quarantine – and there are many more, not least the proposals to isolate HIV/AIDS patients in the 1980s – offers those of us in the global north the opportunity to hold up a mirror to the COVID-19 response. The hard question to ask is not so much whether quarantine should or should not be implemented, but what kind of society do we want to be?

‘Isn’ t the flu worse?’ And other coronavirus questions answered by Andre Picard 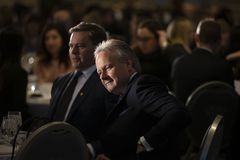 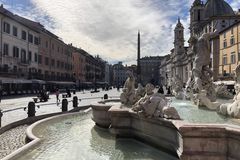 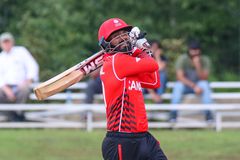