Robyn Urback
Published May 25, 2020 Updated May 25, 2020
For Subscribers
Comments
Text Size
Please log in to listen to this story. Also available in French and Mandarin. Log In Create Free Account

Quarantine was supposed to buy Ontario time. The goal was never to eradicate the virus – we’re not an island or in a unitary state, where rigid border controls can effectively keep out a virus until a treatment becomes available. Provinces in Canada needed to be realistic: They wouldn’t be able to extinguish COVID-19 permanently, but they could use the finite time people would agree to staying in their homes to develop a plan to deal with COVID-19 if and when a second wave emerges.

Ontario failed to do that. In fact, the provincial government didn’t even wait for the first wave to die down to begin reopening stores and businesses across Ontario. In April, the province said it would need to see a “consistent two- to four-week decrease in the number of new daily COVID-19 cases” to begin easing public-health measures. Instead, Ontario entered “Phase 1” of reopening in May after seeing barely a week of declining cases, for a reason Premier Doug Ford still has not articulated.

For the past week, testing has been at half-capacity. Ontario has previously said it can conduct around 20,000 tests a day. On Sunday, it completed 8,170. On Saturday, 11,383. The Premier has declined to explain why tens of thousands of tests haven’t been conducted when Ontario now has the resources and capacity to do so. The most likely explanation is that the province wrapped up its comprehensive testing of all residents in long-term care homes without a plan to hit the ground running on testing in the wider community. Whoops.

After wasting a week testing at half-capacity, Mr. Ford made a statement Sunday urging people to go get tested. “If you feel you need a test, you’ll be able to get a test. So please don’t wait," he said. “Go get tested ... you will not be turned away.”

The Premier made it sound as if there are no longer any conditions for testing. But in fact, testing is still reserved for those with at least one symptom of COVID-19, or asymptomatic people in front-line jobs or who have had contact with a confirmed or suspected positive case. Two months of quarantine should be enough for the province to develop a solid communications strategy. Apparently, for this government, it is not.

Ontario was also supposed to use that time to beef up its contact-tracing apparatus. Last week, Health Minister Christine Elliott said the province had achieved its goal of reaching 90 per cent of contacts of a confirmed case within 24 hours. But doctors on the front lines in epicentres such as Toronto are saying contact tracing is still taking several days or longer. That may be a failure of local public-health operations, but it’s ultimately a problem for provincial authorities, who so far have been unwilling or unable to tell the public about where, exactly, new outbreaks are occurring.

Reopening plans were also supposed to come with clear, easy-to-follow, science-based instructions on social guidelines. Instead, the Premier announced last week that domestic cleaners may now enter your home, but your grandma or sister still may not. The directive remained that Ontarians must stay two metres away from people outside of their households, even though Mr. Ford had two of his daughters – who live outside of his household – over at his home to celebrate Mother’s Day. And instruction on and monitoring of public gatherings was all but absent provincially and locally, even as warm weather and quarantine fatigue loomed as unofficial isolation deadlines. One would think proper public-health planning would take non-compliance into account. What did authorities think would happen when careless millennials in shoebox apartments finally saw the sun?

The agreement implicit in this period of quarantine was that people would give up their lives – birthdays, weddings, surgeries, gigs, time with family and friends – and in exchange, the government would do something with that time. That we would avoid an acute crisis of overloaded hospitals and intensive care units – which we did successfully in Ontario – so that the province may focus instead on creating a comprehensive testing framework and rollout, on shoring up contact tracing, on sourcing adequate personal protective equipment, on getting essential front-line workers pandemic pay (for which many are still waiting) and on developing a clear, unequivocal, effective communications strategy.

British Columbia, which looked early on like it could be a major epicentre of COVID-19 in Canada, completed many of those tasks effectively during the time the province was shut down. Ontario, in contrast, did not. That may present a real problem for Mr. Ford if and when the province has to shut down again. After squandering one quarantine, it will be exceedingly difficult to convince restless residents to hunker down for another.

Opinion
Our current approach to COVID-19 won’t work as well for a second wave. We must prepare now
May 25, 2020 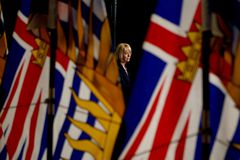 Opinion
We aren’t restarting the economy. We’re climbing a mountain
May 24, 2020 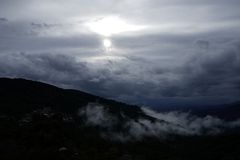 Opinion
The pandemic is suburban – and it wants us back in our cars
Subscriber content
May 23, 2020 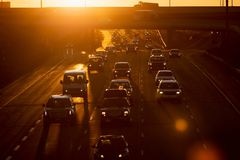