The man who pleaded guilty to murdering six Quebec Muslim men in a place of worship said he wasn’t Islamophobic, nor was he a terrorist.

His own words now strongly suggest otherwise. We must confront the implications.

On Friday, the court heard several hours of video evidence showing Alexandre Bissonnette eventually opening up to a police officer about why he committed the deadly attack.

“I was watching TV and I learned that the Canadian government was going to take more refugees, you know, who couldn’t go to the United States, and they were coming here,” Mr. Bissonnette explained. “I saw that and I, like, lost my mind. It was then that I decided it was time to go.”

Citing violent attacks in Europe, he said he wanted to protect people, especially his own parents, from being killed.

These are classic — and devastating — examples of both Islamophobia and terrorism. Mr. Bissonnette’s anti-immigrant views are clearly political and his conflation of Muslims and terrorism is based on irrational fear and hatred.

The puzzling fact that he wasn’t charged with terrorism doesn’t negate the need to better understand how he could justify his actions.

And Mr. Bissonnette’s dangerous premise is entirely unsurprising in the current climate.

If you collectively blame an entire group for the actions of individuals, it makes it totally reasonable to exact your revenge from any person from that group.

Muslims are constantly under scrutiny, the subject of persistent divisive political rhetoric and the subject of fearmongering. “We have said from the first day that Mr. Bissonnette was a victim — there were bullets put into his head and his thoughts to come to this tragedy, due largely to anti-Muslim rhetoric seen in some media,” says Mohamed Yangui, former president of the Quebec City mosque.

He’s right. Mainstream media perpetuates some of the worst stereotypes of Muslims simply in how it chooses to cover or ignore certain violent acts.

A study released this month by the Washington-based Institute for Social Policy and Understanding found that between 2002 and 2015, the New York Times and the Washington Post gave, on average, 770-per-cent more coverage to foiled cases of ideologically motivated violence involving Muslim perpetrators than non-Muslim perpetrators.

Between 2008–2012, 81 per cent of stories about terrorism on U.S. news programs were about Muslims, while only six per cent of domestic terrorism suspects were actually Muslim, found another study.

And over a 25-year span, Muslims garnered more negative headlines in the New York Times than cocaine, cancer, and alcohol, according to Canadian researchers.

Quebec media is no different. “There’s the fear of Islamic terrorism and the generalization that the Muslims’ Islamic faith in general is the problem,” Laval University professor Colette Brin said in an interview following the massacre last year.

This doesn’t even begin to address the fake news that pollutes our online space.

Last fall, U.K. Prime Minister Theresa May berated U.S. President Donald Trump for retweeting fake anti-Muslim videos posted by the leader of Britain First, a far-right group. Even Facebook — frequently criticized for being too slow in removing hateful content took the rare move of banning the group from its platform.

Despite growing efforts to curb online hate, far too many clips still go viral, often featuring prominent hatemongers of the Islamophobia industry. A variety of American foundations fund these anti-Muslim figures and causes in the tens of millions of dollars, as documented by the Center for American Progress in Islamophobia Inc.

Canadians are exposed to all of this, day and night. With our own politicians occasionally fuelling fear and suspicion of Muslims, sometimes simply for what they choose to wear, it is no wonder we are sometimes perceived as part of a threatening monolith.

“If you collectively blame an entire group for the actions of individuals, it makes it totally reasonable to exact your revenge from any person from that group,” said Emile Bruneau, a neuroscientist at the University of Pennsylvania studying this phenomenon.

This constant barrage of negative attention certainly creates the conditions in which we see an increase in hate activity, as well as everyday discrimination and racial profiling, like instances described in the Ontario Human Rights Commission’s recent report, Under Suspicion.

The federal government explored all of this in its recent study of systemic racism, religious discrimination and Islamophobia. The recommendations offer a promising way forward; every municipality and provincial government should similarly follow suit.

Mr. Bissonnette pleaded guilty to his crimes and yet insisted he wasn’t a monster. Addressing that disconnect is a moral imperative for our country. 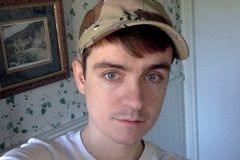 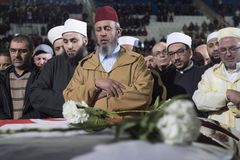 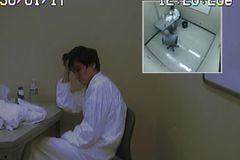