Emily Laxer is assistant professor of sociology at Glendon College, York University. She is the author of Unveiling the Nation: The Politics of Secularism in France and Quebec (McGill-Queen’s University Press, 2019).

Earlier this month, Quebec became the first jurisdiction in North America to prohibit some public servants from wearing religious symbols on the job. Bill 21 – which has already been challenged in the courts – contains unprecedented monitoring and surveillance measures to enforce a ban of such symbols in positions of authority, including judges, Crown prosecutors, police officers and teachers.

Premier François Legault claims that, in passing the bill, his party has closed the book on a more than decade-long debate over secularism in Quebec. But the evidence from France suggests the opposite: that the law risks opening the door to even more troubling erosions of minorities’ religious rights.

For 30 years, France’s secularism debate has led successive governments to place increasingly stringent limits on the right to wear religious (mainly Muslim) symbols. A key impetus for this debate was the 1989 affaire du foulard, which occurred when three Muslim students were expelled from a school northeast of Paris for wearing their hijabs. The incident sparked a nationwide political debate in which far-right politicians in particular alleged that Islamic symbols are tools of radicalization.

The gradual escalation of that debate ultimately led a centre-right government to adopt a law in 2004 which prohibited religious symbols among students attending public elementary and secondary schools. At the time the law was enacted, advocates promised it would have conclusive and wide-reaching effects. Citing the symbolic importance of the school as the inculcator of republican values, they claimed the ban would foster commitment to laïcité – or secularism – in the society at large.

Yet, rather than assuage deepening public concern over Islamic symbols, the 2004 law opened the door to additional attacks on French Muslims’ religious rights. Legally, it set a precedent for invoking secularism as a basis to regulate the behaviour of the recipients of public services – not only the providers. More important, the 2004 law gave legitimacy to the idea that Islamic coverings contradict the collective values of French republicanism.

Armed with these instruments, later administrations have been able to justify more severe incursions on the right to don Islamic symbols. After a year-long debate over the niqab and burka – estimated to be worn by fewer than 2,000 women across France – the state prohibited the wearing of facial coverings in all public spaces in 2010.

Even this further ban failed to close the book on religious symbols in France, however, and tensions around the issue continue unabated. Those tensions have recently recentred on the hijab, with governments considering calls to restrict this garment in several additional settings: among mothers accompanying their children on school outings, among employees in daycare centres receiving public funding and among students attending university courses.

Past legislation has also laid the groundwork for Marine LePen, the Leader of France’s far-right National Rally Party, to up the ante by calling for a ban on all religious symbols in public spaces. The party’s strong showing in the recent European elections suggests that a significant share of voters could approve such a plan.

Rather than repel the demands of the far right, laws prohibiting religious coverings in France have only emboldened them. And while the Canadian legal framework includes more constitutional protections for religious rights, there is already evidence that Bill 21 could be a watershed moment, and not a conclusive one. This is showcased by the fact that, within the Parti Québécois especially, there are continued calls to widen the scope of restriction to include a larger number of public-service positions.

By claiming that Bill 21 closes the book on the secularism debate, Mr. Legault’s government is hoping to take credit for resolving a thorny issue that has dominated Quebec politics for more than a decade. Yet, the lesson from France is clear: Rather than alleviate tensions, laws such as this one can embolden campaigns against religious symbols and result in even more troubling erosions of minorities’ religious rights. Unless the opposition stands firm, Muslim women will suffer the most.

Opinion
After #WetheNorth Day, Canada appears united in its diversity. Until you look at Quebec
June 19, 2019

Opinion
Quebec passes a terrible law, and for the worst reasons
June 17, 2019 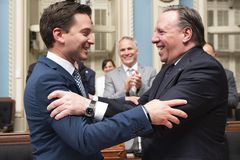 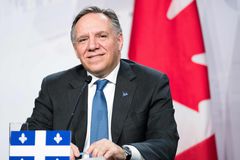